In Teresa Eng’s collection, China Dream, there is a triptych depicting gnarled tree roots, twisted and intertwined, coated in white paint in an otherwise desolate environment. The first photograph of the three shows the painted base of a small tree, its roots submerged snugly in soil; in the second there are wispy jade bamboo stalks; the third magnifies the base of another small tree, its sinewy roots exposed, gripping the soil precariously, as though an unseen force is wrenching them from above. These are not particularly flourishing plants, and the images are cropped such that the upper foliage or blooms, if any, lie beyond the frame. The sequence of these photographs conveys in powerfully vegetal terms a theme of (up)rootedness that underpins much of Eng’s atmospherically melancholic work.

China Dream is the product of Eng’s trips to China from 2013 to 2017. Her parents, born in China’s Guangdong Province, emigrated to Hong Kong amid the turmoil of the Communist Revolution and later, in the 1960s, emigrated again, this time to Vancouver, Canada, where Eng grew up. Now living and working in London, Eng, in an interview with Marigold Warner for the British Journal of Photography, describes the “reverse culture shock” she felt when she first traveled to China, in 2013: “I look like I’m Chinese, but I’m not. I wear different clothes, I have a different demeanor, and I can’t speak the language, so people speak to me but I have no idea what they’re saying” (Eng in Warner).

Being of Chinese ancestry but not entirely assimilated into Mainland Chinese culture drives the atmosphere of liminality that shrouds many of Eng’s photographs. In an eloquent introduction to China Dream, Vanessa Hua remarks on her own experiences as a second-generation child of the Chinese diaspora as she grew up in California: “Even after my parents became U.S. citizens and my family deepened our roots in this country, we were still perceived as perpetual foreigners. ‘But where are you really from?’ people ask, with the implication that our loyalties lie elsewhere and we could someday rise up against our neighbors” (Hua in Eng). Like Eng, Hua has felt the unexpected bewilderment of reverse culture shock: “Yet when I’ve visited China itself, the locals regard me as a foreigner: they know at once I’m not one of them, even before I open my mouth to speak my imperfect Mandarin. Wrong clothes, wrong style, wrong hair, all over again” (Hua in Eng). Eng and Hua’s shared sense of being wedged between two cultures is not a fleeting symptom of their foreignness as tourists, but rather congeals into an enduring unease regarding their Chinese identity and fraught relationships to China as a country and, in some vague sense, homeland. “I exist,” writes Hua, “in the liminal, the in-between, the hyphen between Chinese-American” (Hua in Eng). China Dream is a sustained photographic study of this deeply felt sense of in-betweenness, of the human experience of being culturally and linguistically neither here nor there, of being suspended in an ambivalent limbo. 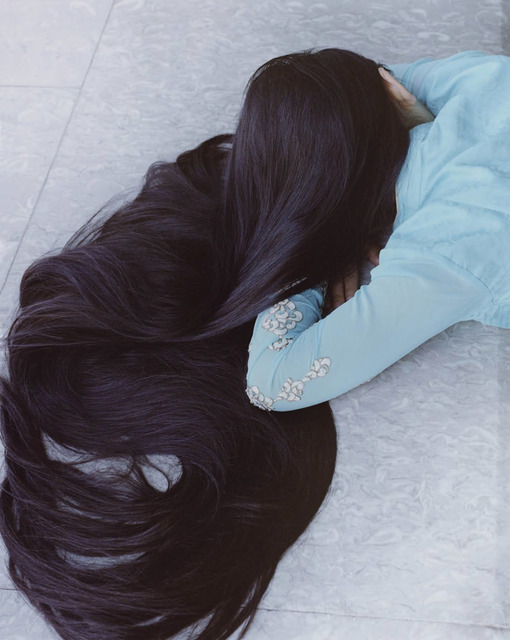 This sense of limbo has also been aptly articulated as “purgatory” by the writer Melanie Cheng, who relates personally to experiences of in-betweenness — she was born in Adelaide, Australia, reared in Hong Kong, and now lives in Melbourne (Cheng). Etymologically, liminality is defined in terms of being marginal, situated in an interstice or on the edge of a border (in Latin, limen is a ‘threshold’). The American sociologist Robert Park employed the term “Marginal Person” to describe those who have in-between identities. Liminality also has anthropological currency, as the British cultural anthropologist Victor Turner described liminal identities as “neither here nor there; they are betwixt and between the position assigned and arrayed by law, custom, convention, and ceremony” (Turner 95). The critical theorist Homi Bhabha’s definition of the concept, in specifically postcolonial contexts, centers instead on the potentially disruptive nature of liminality: “This interstitial passage between fixed identifications opens up the possibility of a cultural hybridity that entertains difference without an assumed or imposed hierarchy” (Bhabha 5).

Eng’s collection does not align itself explicitly with any one of these sociological, anthropological, or literary articulations; it concentrates, instead, on finding a graphic vocabulary to convey the feelings of loss and alienation specific to the liminality experienced by second-generation individuals of the Chinese diaspora.

China Dream’s visual poignancy is derived, in part, from Eng’s subdued palette, a distinct coloration of crepuscular purples, smog-tinted blues, and hazy grays that create an atmosphere befitting liminality. A granularity, like a fine soot, suffuses the photographs, which Eng attributes to her first visit to Chongqing (where she completed a residency). Eng, having walked into a “valley of dust,” was overwhelmed by the city’s air pollution — “seeing all of this dust definitely informed my aesthetic” (Eng in Warner). Her collection, however, will likely undermine most viewers’ expectations — naturally, dreams of China, a nation of 1.4 billion people sprawled over a 3.7-million-square-mile area, might be thought to conjure up distorted images of incessant movement, thronged roadways, and the dense miasma of pollution.

Eng succeeds in parrying such expectations by photographing China during moments of almost spectral tranquility, by countering density with vacancy, and by displacing flux with stillness. To create an atmosphere of liminality, she photographs typically unpeopled places, hushed highways, and facades of seemingly empty high-rise apartment buildings. Construction cranes and workboats, too, appear to be utterly still, the surrounding areas devoid of people. Rather than photographing skyscrapers, Eng depicts urban growth as a ponderous shadow. In one photograph, clusters of urban space are obscured by deep gray penumbras, with buildings coalesced into towering, overlapping monoliths. In another image, a swath of dense urban housing and businesses is illuminated by a white glare, sharply outlining the neighborhood against the stark blackness of night. The utter loneliness of these urban and sometimes sylvan places mirrors Eng’s foreignness. 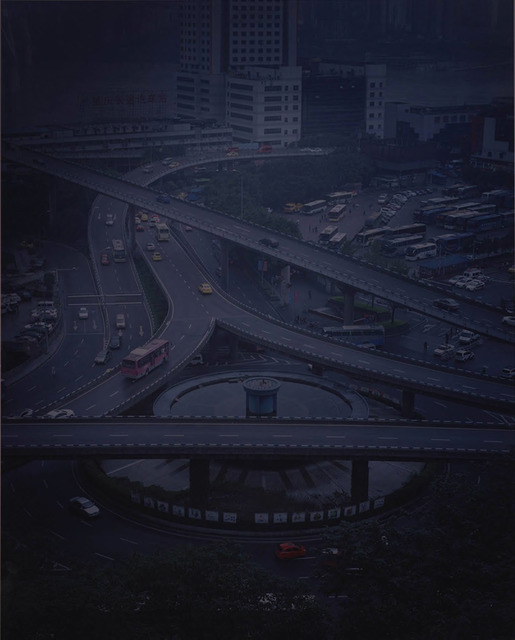 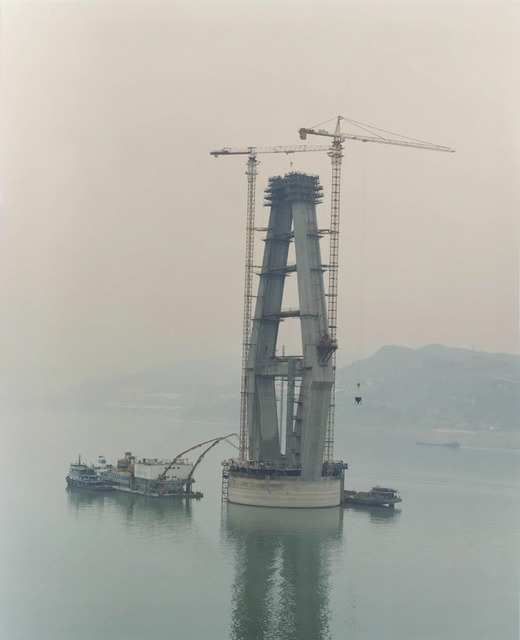 For all the strange darkness of these images, Eng’s collection contains sporadic light-filled and colorful intervals, though these leave viewers no less uneasy than do the images of the hollow-faced apartment buildings or of foliage pierced by fiercely glowing fluorescent lights. Chinese koi, an illuminated pagoda, pink- and purple-blossomed flora, an impish monkey, and an oil-paper umbrella are photographed as the timeworn but widely recognizable cultural tokens of Chinese culture, particularly those that persist in the Western imagination. In Warner’s review of China Dream, these cultural tokens are identified as comprising a kind of “kitsch orientalism” (Warner). Indeed, Eng’s repeated use of swimming koi, their orange and silver tails captured in somnolent blurs, suggests that she is drawing on ubiquitous icons that tend to reduce Chinese culture to a set of souvenir-like images. These are the commonplace cultural reference points that likely first informed Eng’s earliest notions of China, and their inclusion clashes somewhat discordantly with the photographs of urban infrastructure in a way that sets fantasy (the inherited ideas and images of a culture) in contrast to images of a real-life dusty and developing China. Collectively, these symbols can be viewed as the enduring graphical fixtures of Eng’s conception, or dream of China before she entered the “valley of dust.”

Contrary to viewer expectations, however, these dreamy impressions do not dissolve completely into the backdrop of other images as Eng progresses in her journey through China. Instead, she chooses to punctuate the collection’s ending with an image of the recurring koi. Perhaps in this conclusion Eng is expressing a reluctance to cleave her inherited cultural impressions (dominant images that characterize Chinese life and culture) from the blunt realities of a nation undergoing rapid development. Rather than focusing on reproducing the vocabularies of “kitsch orientalism” for the purposes of criticism, Eng might be revisiting these particular images because they carry an emotional, nostalgia-inducing weight of Mainland China — one that, until her first visit, she had never known except in dreams. Hua’s introduction coincides, in part, with Eng’s emphasis on symbols, in which she notes the American idiomatic tendency to affix “Chinese” as a descriptor of objects or activities deemed “weird and inferior,” such as Chinese cuts, Chinese checkers, and Chinese fire-drills (Hua in Eng). Like these expressions, Eng both clings to and exposes the frailty and limitation of cultural symbols to describe the complexity of an entire culture. 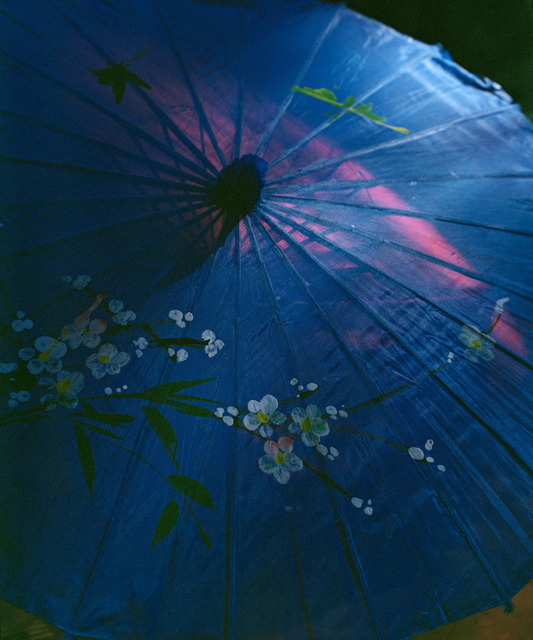 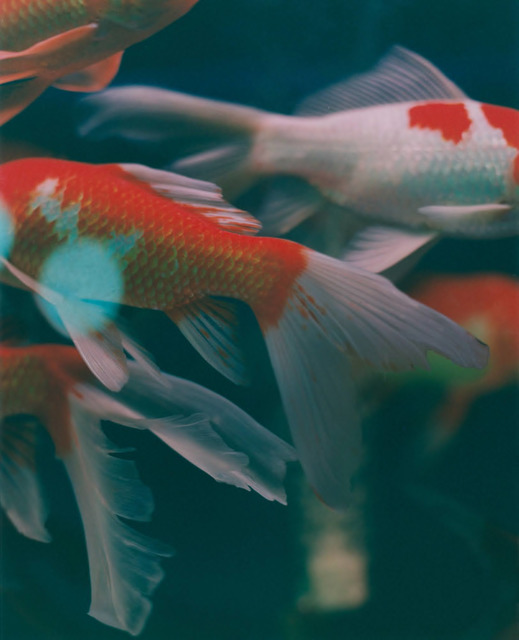 There may be no coincidence that Eng derived the title of her collection, in part, from President Xi Jinping’s “China Dream,” a morale-boosting slogan that is, though difficult to define, undergirded by nationalist fervor and echoed throughout government propaganda. Akin in some respects to the American Dream, China’s variant espouses nationalist aspirations grounded in an equally protean fantasy of prosperity and patriotic devotion. Xi’s inaugural address as China’s head of state described this dream in terms of collective national growth: “We must make persistent efforts, press ahead with indomitable will, continue to push forward the great cause of socialism with Chinese characteristics, and strive to achieve the Chinese dream of great rejuvenation of the Chinese nation” (BBC). The China Dream mantra finds expression in schools and universities, too, where students can inscribe their aspirations on “dream walls” (BBC).

In Eng’s atmospheric and, at times, desolately remote world, the photographs convey the inevitable irony of the collection’s title — what exactly is the China Dream and to whom does it belong? Her collection is memorable in its undermining of the one-dimensional political vision of the China Dream, as her images neither fantasize about nor document Chinese prosperity. Instead, what she presents is a world viewed through the lens of liminality and the uncertainly felt as a foreigner. Viewing Eng’s photographs, it is difficult to be conscious of anything other than gloom, for where do those, like Eng, of the Chinese diaspora inscribe their dreams? What walls record their aspirations? Eng might object to this lasting impression, but in an age marked by xenophobia and turbulent border politics, her photographic chronicle of liminality and foreignness is too immediate, too topical to resonate any differently.

Sebastian Charles Galbo is a co-editor for the New York University School of Medicine's Literature, Arts, and Medicine Database (LitMed). His reviews and articles have appeared in The Journal of Commonwealth Literature, Lit Med Magazine, Callaloo, and SX Salon | Small Axe Project.