With the museum boom of the past decade, a multifaceted infrastructure for photography is being built in mainland China. More attention has been paid to photography by both private and public institutions. Moreover, across the country there have emerged art centers and museums dedicated solely to photography. Here I will discuss a private art space in Beijing with a significant photography collection, two semiprivate photography institutions in Shanghai and Chengdu, three public photography museums in smaller cities, and an art academy museum with an ambitious photography department. I will compare their approaches to photography, in order to shed some light on the current development of photographic institutions in China. 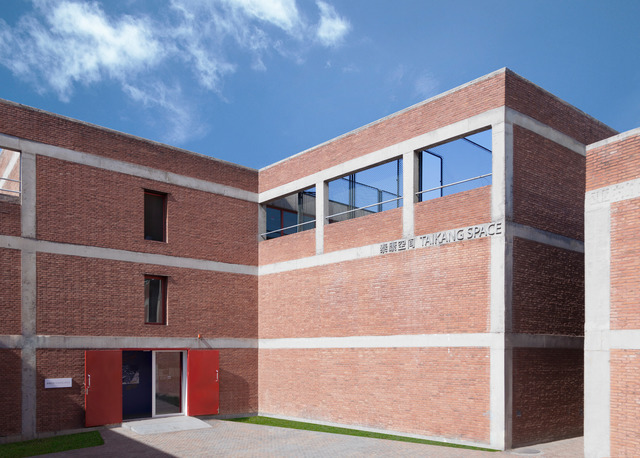 Taikang Space, which is privately owned, is significant in its mission to collect Chinese photography through its exhibitions and research projects.

The ability to gradually build a relatively comprehensive photography collection is made possible by the ongoing funding of the Taikang Life Insurance Co., which established Taikang Space in 2003. Taikang Space has developed exhibitions and research projects on Chinese photography in conjunction with its ongoing investigation of Chinese history and social changes. Working with both in-house and guest curators and researchers, its projects concern both contemporary practice and historic phenomena, including exhibitions based on its own collection, among them Portrait Hot: Taikang Photography Collection (2017); case studies, such as a series about the veteran communist photographer Wu Yinxian (2009–2011); landscape photography depicting Huangshan Mountain and Lushan Mountain (2018); and the photography group the Friday Salon (2018). 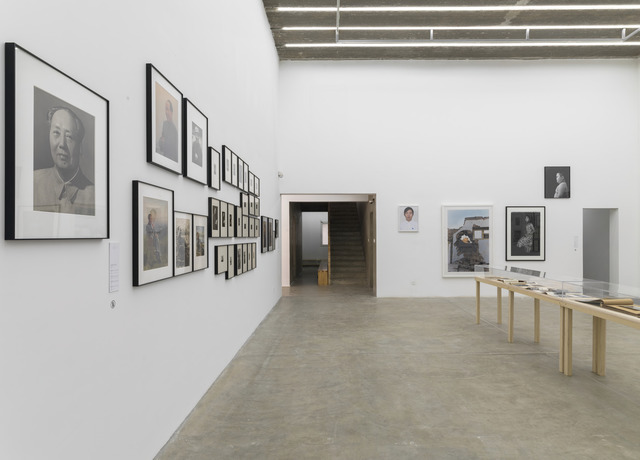 In a recent article published in Chinese Photography on Taikang’s trajectory of localizing photography collection, its artistic director Tang Xin writes, “Photography has gradually become a very important section within Taikang’s academic and collection framework . . . we have collected more than ten thousand photographic works, including photographs of various periods, themes and formats in China from the 1870s to the present.” This collection of Chinese photography will become the foundation of the photography department within the new Taikang Museum of Contemporary Art (its tentative name), that Taikang has been preparing to build, in Beijing, in the next couple of years. Taikang’s effort to collect Chinese photography demonstrates the increasing interest in photography within private institutions.

Private and commercial institutions (such as PHOTOFAIRS Shanghai) are a strong force in promoting photography in China. However, many local governments also play a role in supporting photo festivals, photography centers, and museums implementing the recent cultural policy that advocates for the creative industries. Shanghai Center of Photography (SCôP) was established in part the result of the policy. Founded by the Chinese-American Pulitzer Prize–winning photographer Liu Heung Shing in 2015 and dedicated solely to photography, SCôP is located along the West Bund Cultural Corridor, a cluster of new museums, art centers, and creative spaces developed by the Shanghai government. The local district council offered Liu this 500-square-meter minimalist building, which was originally designed for the 2013 West Bund Architecture and Contemporary Art Biennale, as his studio. Instead, Liu turned it into a center for photography. His ambition was to build China’s version of New York’s International Center of Photography. This venture was made possible by many incentives offered by the West Bund, such as providing competitive rent, acting as liaison with government bodies, and other forms of assistance.

In addition to governmental support, SCôP solicits commercial sponsorships. Therefore, its programs are divided into non-for-profit and commercial shows. Although it does not have its own collection, SCôP introduces international works through carefully curated exhibitions of world-famous photographers such as Parallel: Erwin Olaf (2019), shows on thematic issues such as Nature: A Subjective Place (2016), and survey shows such as Made in Germany: German Photography from the 19th Century to Today (2017). This semiprivate, semi-public model has sustained SCôP as an important space for international photography, with its aim to be “the premier museum-quality venue” for photography in Shanghai. 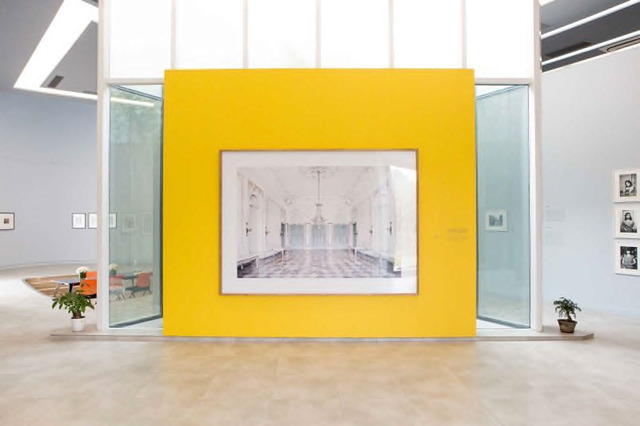 Fig. 4. Exhibition view, Made in Germany: German Photography from the 19th Century to Today, 2017. Courtesy of Shanghai Center of Photography.

A number of new photography centers and museums have imported talent from overseas to build their teams and international networks. Chengdu Contemporary Image Museum, established in 2019 in western China, is headed by Jean-Luc Monterosso (previously the founder and director of Maison Européenne de la Photographie, in Paris). The goal of Chengdu Contemporary Image Museum is to enhance the exchange of contemporary photography between China and Europe. Founded by the entrepreneur, photographer, and collector Zhong Weixing, who is also vice chair of the China Artistic Photography Society, the 7,500-square-meter museum is located in the 117-acre Fuhe Photography Park, the largest and possibly the first government-sponsored photography theme park, whose aim is to become a base for the photographic industry, integrating tourism, shopping, entertainment, and exhibitions. 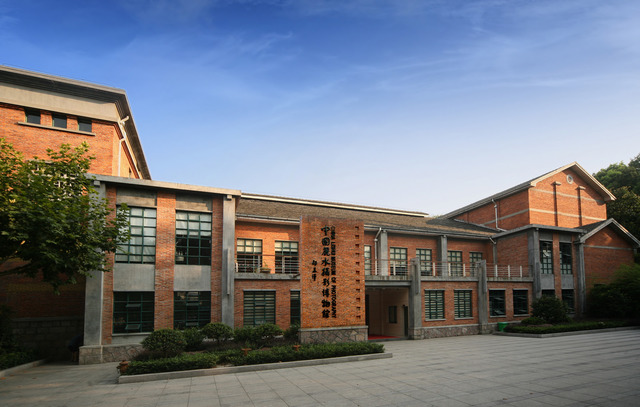 If SCôP and Chengdu Contemporary Image Museum are in partnership with their local governments, Photography Museum of Lishui, in Zhejiang Province, is the first photography museum that is fully funded and built by a city government. Since its launch, in 2007, this 3,000-square-meter museum has hosted permanent-collection shows and curated exhibitions. Its collection of photographic works is modest, but it houses one of the largest public collections of cameras and photographic equipment, which is now on permanent exhibit. Apart from its special interest in cameras and photographic equipment, Photography Museum of Lishui promotes local photographers and researches local photography history through its exhibitions, annual Lishui Photo Festival, and bimonthly magazine, Lishui Photography. As an official cultural institution, it unavoidably serves Party policies, with exhibitions such as Happily Welcoming the 19th National Congress of the Communist Party of China Photography Exhibition (2017) and several on the “China Dream,” a slogan coined by China’s leader Xi Jinping in 2013 that sets a new ethos and ideals for individuals and for China as a nation. 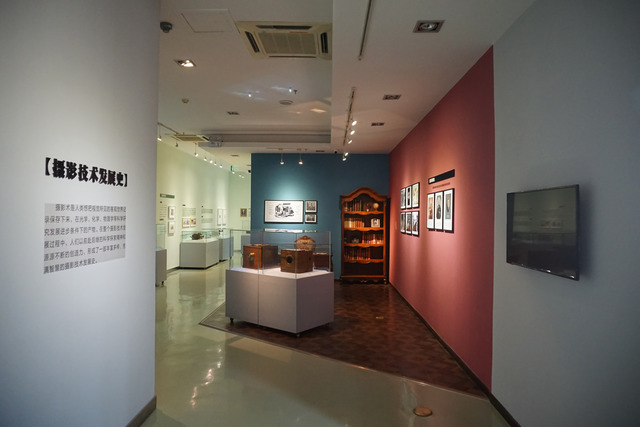 Lianzhou Museum of Photography is another government-sponsored photography museum, this one established in a relatively remote town in Guangdong Province. Although it was launched in 2017, the 3,639-sqaure-meter museum is an offshoot of the Lianzhou Foto Festival (started in 2005), one of the earliest international photo festivals in China. With an emphasis on contemporary photography, the Lianzhou Museum has drawn from international resources (its cofounder and codirector is François Cheval, previously the director of Nicéphore Niépce House Museum, in France) that have developed from the festival. Apart from one exhibition on local images, the museum has presented some of the most cutting-edge photographers from both China and abroad. Similar to Photography Museum of Lishui, the Lianzhou Museum is a product of urban planning and the desire to boost the local cultural industries. Sharing resources and a professional team with the festival makes this small town an international stage for photography. 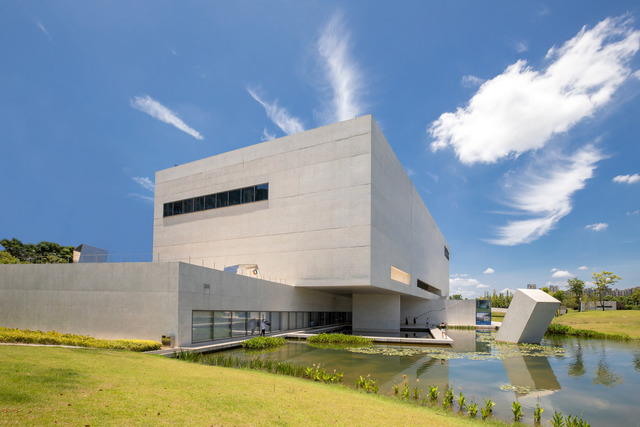 Xie Zilong Photography Museum is a unique private-turned-public museum in Changsha City, Hunan Province. Originally, it was a private museum founded in 2017 by Xie Zilong, an entrepreneur who owned a chain of pharmacies and was also a photographer and chair of the Committee Council of the Hunan Photographers’ Association. In 2019, with a construction area of 10,621 square meters, the private museum became public, under the management of the Hunan Administration of Cultural Heritage. In addition to its collection of more than ten thousand works on early and Republican photography in China, its curatorial programs range from historical investigation to contemporary practice from both home and abroad. With a strategic partnership with Galerie Nationale du Jeu de Paume, in Paris, an art center for modern and postmodern photography and media, Xie Zilong Photography Museum is developing its international network. 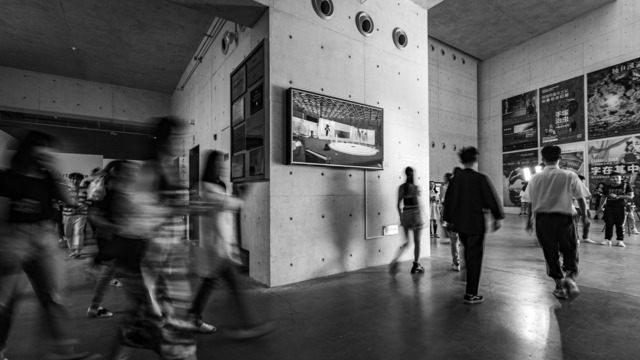 Although it is common for major art museums in the West to have a photography department, it is quite rare in China, especially within an art academy museum. In 2019, the Department of Photography was formed at the Art Museums of China Academy of Art (CAA), in Hangzhou, Zhejiang Province. Headed by Gao Chu, a young but important researcher on photography in China, who is also director of CAA’s Social Archive of Chinese Photography, the new department showcases the academy’s collection of and research about Chinese photography. The decade-long project that Gao and his team have been working on — more than one hundred case studies of Chinese photographers active between the 1930s and the 1980s — has become an important foundation for the department. The six-volume, bilingual (Chinese and English) Photographic Archive of the New China, based on this project, will be published by the China Academy of Art Press.

As Susan Sontag famously said, “Today everything exists to end in a photograph,” and those words are printed on the entry wall of SCôP. The ubiquity of photography in everyday life and in contemporary art practice in China has made this medium a new area of interest for an increasing number of art and cultural institutions, both private and public. Whereas prestigious museums, such as the National Art Museum of China, in Beijing, curate and collect photography sporadically, an increasing number of semiprivate and public photography art centers and museums established over the past decade have dedicated themselves to the medium.

This short essay has outlined a diverse sample of institutions in China today, but there will doubtless be many more emerging across the country in the near future, given the government’s ongoing advocacy for strengthening its cultural creative industries.

Chen Shuxia is an art historian and curator of Asian art. She holds a PhD from the Australian National University, an MA in Art History from the University of Sydney, and an MA in Studio Art (Honours) from Sydney College of the Arts. Her research focuses on modern and contemporary Chinese photography, artist groups, and post-socialist visual culture. She is currently Curator, China Gallery, Chau Chak Wing Museum, the University of Sydney and Lecturer of Asian Art, National Art School, Australia.