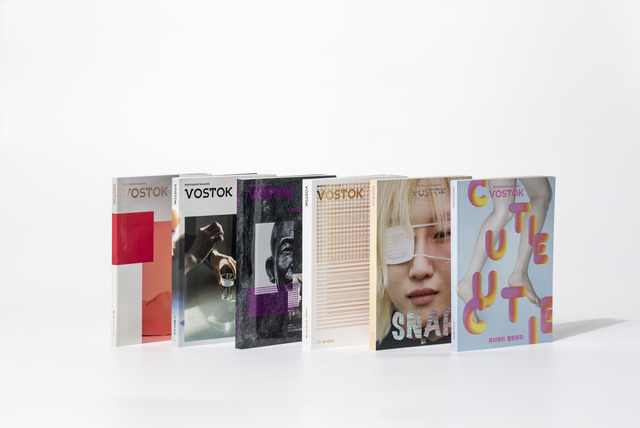 Before the advent of the World Wide Web as a means of disseminating information and sharing knowledge, specialized journals and print magazines were the principal ways by which photographers presented their work, learned about what their colleagues were doing, and kept up to date with photographic trends. Life magazine, US Camera, and Popular Photography enjoyed subscriptions throughout the American cultural hegemony that dominated parts of East Asia in the postwar era. Japanese photography magazines such as Asahi Camera and Camera Mainichi played a crucial role in structuring the photographic cultures of Korea and Taiwan during the colonial and postcolonial periods.[1] The immediacy of television challenged the currency of print photojournalism beginning in the late 1960s in the United States; later, online platforms replaced many print photography magazines.

So what does it mean to publish physical photography magazines in the twenty-first century in East Asia and how do these magazines differ from the region’s earlier print versions? Two publications offer answers: Vostok (2016– ), in Korea, and Voices of Photography (Sheying zhi sheng, 2011– ), in Taiwan.

Although Sajin Yesul (Photography Art, monthly, 1989– ) and Wolgan Sajin (Monthly Photography, 1966– ) are the best-known contemporary photography magazines in Korea[2] — they introduce international trends as well as Korean photographers and provide guidance for amateurs on equipment and techniques — the 2010s saw the emergence of an interest in a different kind of photography magazine, particularly on the part of younger readers and photographers who sought access to a view of their art wider than what conventional images and technical articles provided.

Vostok is a response to this demand, as well as an expression of the desire to intervene in the established photography world of Korea. Launched with the support of crowdfunding as a bimonthly in November 2016,[3] its name was inspired by the first Soviet manned spacecraft, which was also equipped with a camera platform: Vostok aims to journey through the universe of photography, exploring unknown and little-discussed territories of the medium. The six founding editors[4] — four men and two women — established Vostok Press, an independent publishing company that also offers workshops and seminars on photography. Vostok Press has published books on visual art and photography, and in 2018 began an annual portfolio contest to enable emerging photographers to publish their first photography books.

Jisoo Park, editor in chief of Vostok, had worked for Wolgan Sajin and served as editor in chief of PhotoDot (monthly, December 2013–November 2017; bimonthly, 2018– ) from 2015 until July 2016. Park’s plan to diverge from earlier formats coincided with a parallel trend in literary, art, and film journals in Korea.[5] Vostok was foreshadowed by the seven issues of PhotoDot, from January through July 2016, on which Park and his fellow contributors experimented with layouts and typography. In an email conversation, Park said that Vostok addresses a much wider readership than does Photodot, as it goes beyond Korean photographic circles.[6] Vostok also aims to offer materials that are not accessible online and to publish special issues for consumers of photographic images rather than to provide technical information for photographers, as do traditional publications.

Each issue of Vostok invites its readers to engage with a particular theme while introducing new aesthetic, social, and historical agendas. In the preface to its inaugural issue, Hyunho Kim wrote that the magazine contributes to creating an ecosystem in which young photographers show work beyond the commercial gallery, educational institutions, and mega-scale art festivals.[7] Vostok discusses interactions among photography, contemporary art, design, and independent publishing, and presents writing on photography by poets and novelists, as well as by art and photography critics. 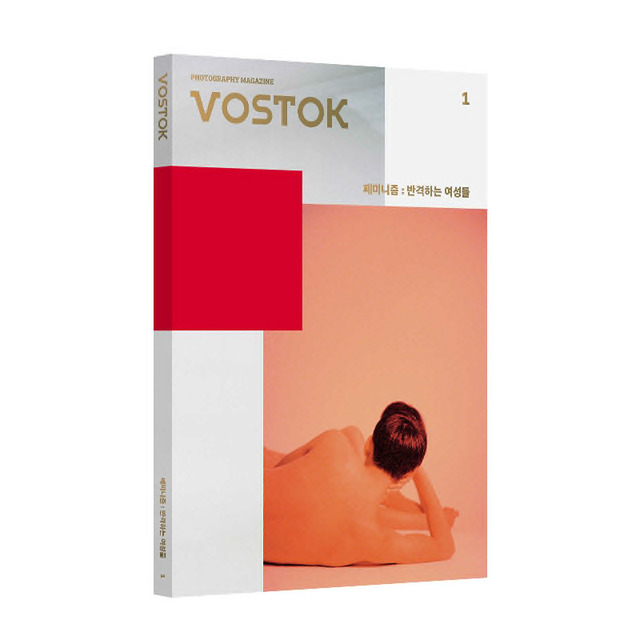 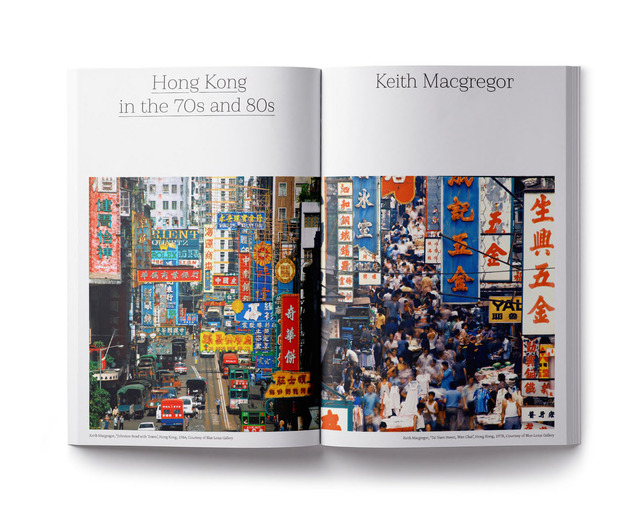 In its premiere issue, Vostok focused on feminism, joining other challenges to histories of photography that revolve around the heterosexual patriarchy of modern nation-states. Foregrounding the structural inequality of photography scenes, the issue involved the Me Too movement. Vostok published some 380 responses to its survey on sexual harassment and assault within the toxic environment of Korean photography, and offered medical and legal manuals on how to deal with sexual harassment. Although the magazine often addresses issues particular to Korea, it does not seek a Korean identity. Instead, it introduces photography that is consonant with the topic of each issue. For instance, the issue on feminism presented photographs by an American, Ashley Armitage, and a German, Birthe Piontek, two cutting-edge women artists who engage audiences via social media.

Vostok also explores ways in which photographers engage with contemporary global issues: The January 2020 issue, whose theme is “Hong Kong: Now or Never,”[8] addresses the protests in Hong Kong, featuring photographers who investigate the historical implications of the status of Hong Kong within the current political environment. 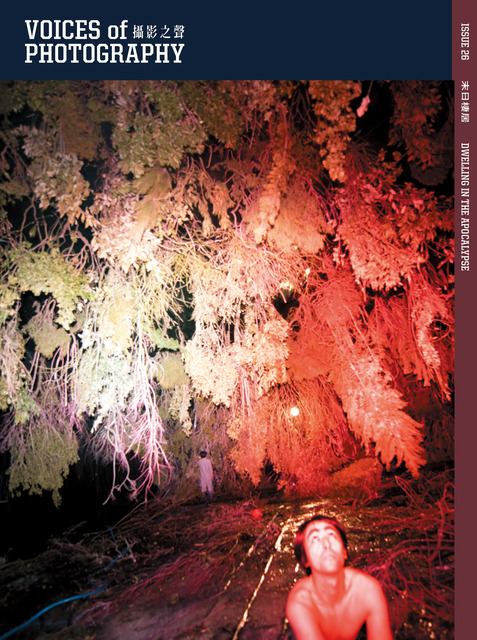 In Taiwan, several independent publishing houses have produced magazines and books on photography during the twenty-first century. As one example, Waterfall was launched in 2009 as a thematic journal, mostly for photographic works. Since then, it has evolved into a design studio and publisher of art books and magazines.[9] Rather than devoting its pages exclusively to Taiwanese photography, the magazine presents works by both domestic and international artists based on each issue’s theme, among which have been spectacle and everyday life. As of January 2020, Waterfall has published seven issues.

Voices of Photography, an independent publisher, launched a magazine of the same name in September 2011.[10] Founded by Wei-I Lee, who had worked as a newspaper journalist and is now the magazine’s editor in chief, it has appeared sporadically, having produced twenty-seven issues as of January 2020. Voices of Photography’s goal is to present an inter-Asian photography milieu. It also publishes photography books and organizes workshops and talks. In an email interview, Lee said the magazine eschews information on techniques and cameras; rather, it tries to present photography as a cultural and historical phenomenon.[11] 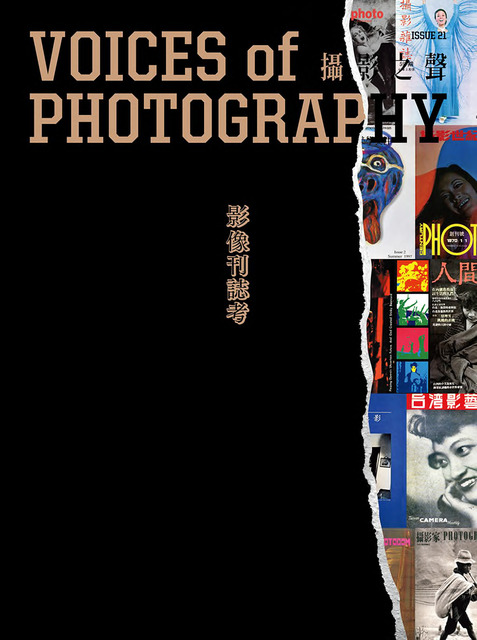 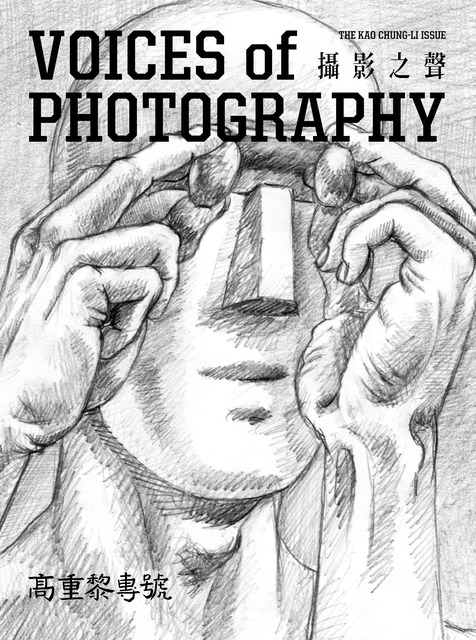 Each issue of Voices of Photography centers on a theme. The twentieth issue, for example, features “Cold War Images: The American Factor,” and the twenty-first has as its theme the history of photography magazines in Taiwan, China, and Hong Kong. Its most recent issue addresses the ways in which the history of photography has been written and structured in Korea, Japan, and Taiwan. The magazine has also devoted special issues to single photographers, such as Chang Chao-tang,[12] the eminent Taiwanese photographer, and Kao Chung-Li,[13] a Taiwanese contemporary artist. 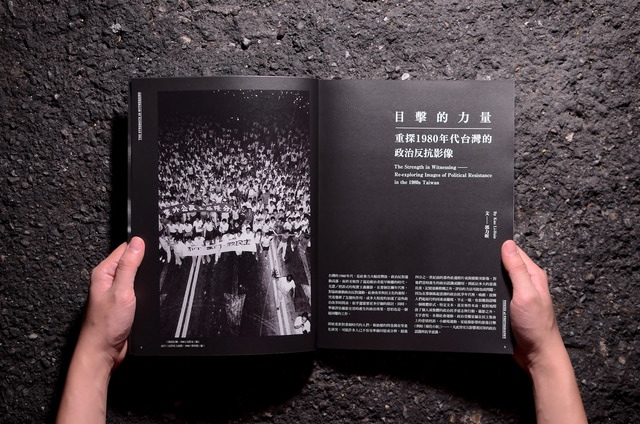 Voices of Photography covers trans-Asian photographic culture by presenting articles by local critics. Lee said that the magazine aims to explore the geographical relationship of Taiwan to other Asian regions — starting with Korea, Japan, Okinawa, China, and Hong Kong — by looking at shared historical issues, such as colonialism and public protests for democracy.[14] Readers can compare photographic environments of their own country to those of others, although the texts are accessible only to readers with Chinese-language skills: Voices of Photography’s subscribers are predominantly from the Sinosphere. China’s central government censored Voices of Photography when the magazine addressed the political protests of 2014[15]: The magazine was removed from bookstores and Chinese online stores were ordered to stop sales of the magazine in China.[16] 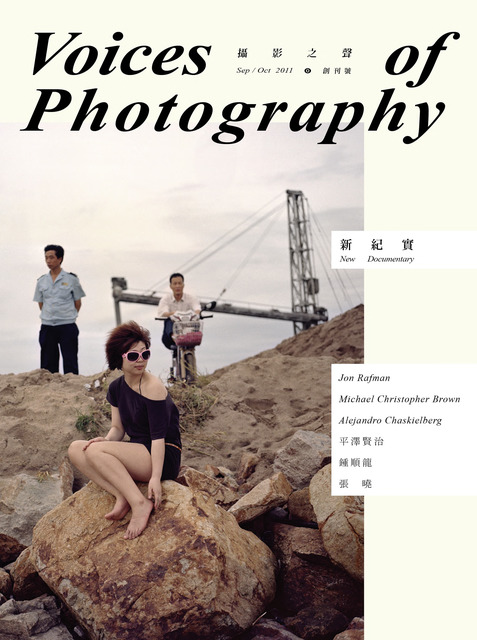 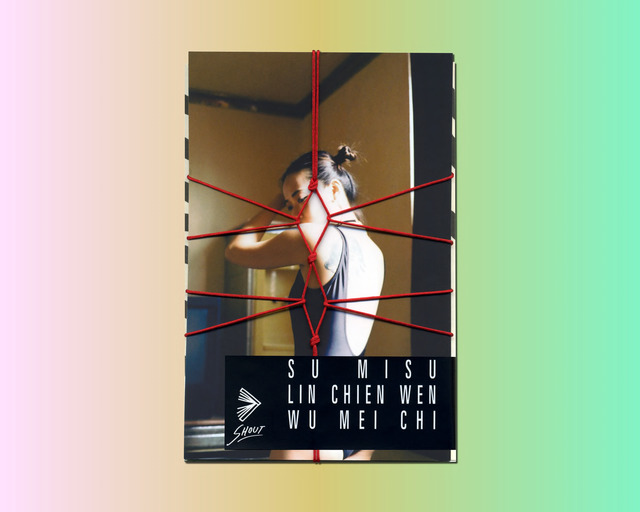 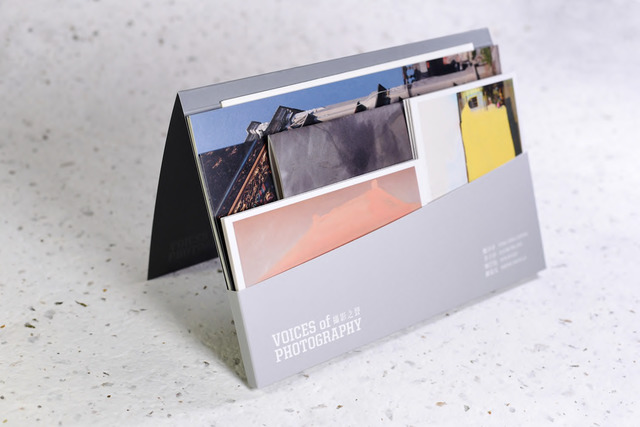 Since 2015, Voices of Photography has also published SHOUT, a magazine to introduce contemporary photographers of East Asia. Irregularly produced, its first issue features works by photographers from Taiwan, Korea, Japan, and China. SHOUT’s form diverges from that of traditional photography magazines in that it experiments with ways of showing images, such as binding postcards with string rather than using conventional glued or stapled pages. 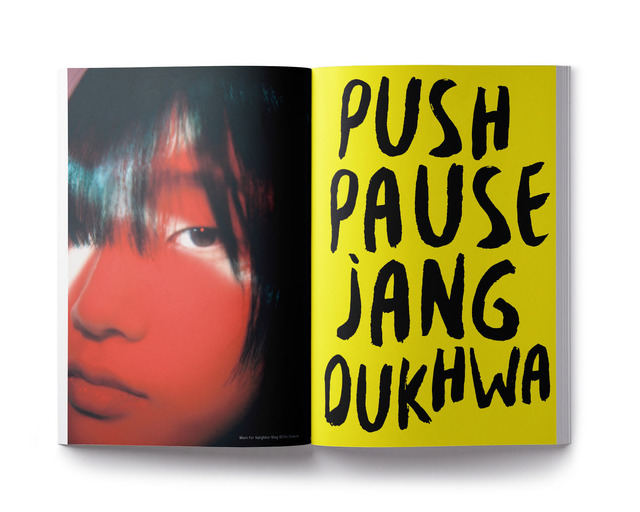 These two photography magazines challenge the traditional mode of publishing photography journals in the region. Vostok presents photographs as aesthetic objects and explores contemporary photographic discourses. Voices of Photography introduces a new generation of photographers, while historicizing past photography scenes in Taiwan and throughout East Asia.

Vostok has been collaborating with photography festivals, such as the Seoul Photography Biennale, fostering opportunities for producers and consumers of photography to interact. It has also organized lecture series on photography, film, visual culture, and contemporary art within and outside Korea. The younger generation has supported Vostok enthusiastically, as is evident from crowdfunding, which has surpassed the magazine’s goals fourfold. More than a photography journal, Vostok is part of a culture of consuming and producing images through social media, museum-going, and viewing films without regard to the boundaries of genre, discipline, or historical framework, which tend to confine photography.

This phenomenon of crossing aesthetic and cultural boundaries reflects a desire to create a space for discussing and producing art and culture beyond established institutions and venues, so it is not surprising that the success of these magazines rests in part on the emergence of alternative exhibition spaces and forums[19] organized by collectives of independent curators and critics, especially Ryugaheon (2010– ) and Trunk Gallery (2007–2018), in Korea, and Lightbox (2016– ), a nonprofit photography library in Taiwan. I hope that Vostok and Voices of Photography will continue to flourish, thus catalyzing even more efforts to diversify modes of producing and consuming photographs in East Asia.

Jeehey Kim, PhD, is an assistant professor at the University of Arizona where she teaches the history of photography. She is currently working on two book projects: one on the history of Korean photography and the other on funerary portrait photography in East Asia.