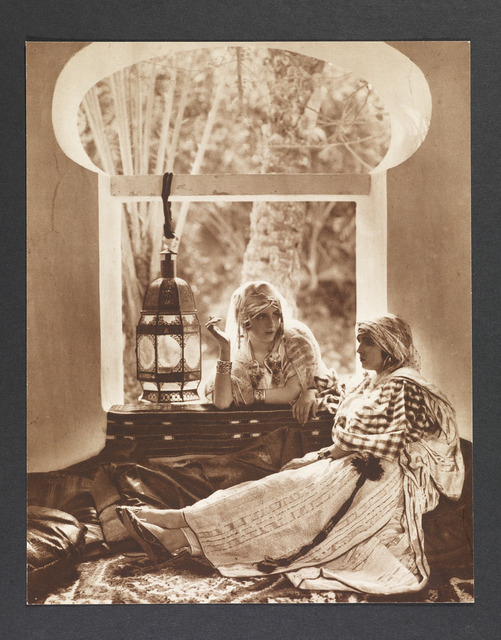 As a political critique of European representations of the “Orient,” Edward Said’s 1978 Orientalism has been rightly credited as a pioneering text, inaugurating the field of postcolonialism within the American academy. More than thirty years ago, Orientalism not only riveted the attention of the intellectual establishment on the issue of colonial power by rigorously interrogating the ideological underpinnings of familiar scientific and artistic representations of “otherness” in modern European thought, but also played a pivotal role in shifting the focus of literary, aesthetic, and cultural criticism from apolitical formalism to political historiography. Said’s almost singularly generative text inspired a whole new generation of scholars who have sought to develop his critique by exploring its implications in new, and sometimes unexpected, arenas. As a seminal text, Orientalism provided the effective and necessary means of inventing and transforming postcolonialism as a discursive practice to include unforeseen fields of studies.

In light of the wide-ranging influence of this text, it is remarkable how much critical energy has been expended in recent years to demonstrate that Said’s book misrepresents or inadequately represents the project of Orientalism. To be sure, the book has always attracted perhaps more than its fair share of critics. Just a few years after its publication, scholars such as Ajaz Ahmad and James Clifford challenged Orientalism’s “high humanism,” took issue with its use of Foucault’s theory of knowledge-power, and questioned its omission of German and Russian Orientalism.[1] What distinguishes criticism of Orientalism in the past two decades, however, is that it emanates from a broader rejection of the field of postcolonialism itself, and indeed of the project of political critique of literary and artistic expressions altogether. Nowhere is this reactionary attitude more evident than in the field of art history and among museum curators.

“In contemporary writing about nineteenth-century photography of the Middle East,” writes Michelle L. Woodward, “it has become almost a cliché to describe many of these images as ‘Orientalist’ — that is, reflecting or propagating a system of representation that creates an essentialized difference between the ‘Orient’ and the ‘West.’”[2] In a similar vein, the Getty Research Institute’s Frances Terpak remarked in her acquisition-justification letters for Pierre de Gigord’s collection of photographs of the Ottoman Empire and the Republic of Turkey that “‘Orientalism’ has been viewed by some as a trend in research that may have reached its peak.”[3] These claims aptly capture the predominant anti-Saidian sentiment among art historians and curators who work on photographs of the Middle East and Asia more broadly — representations that were created by both European and indigenous photographers.

To be sure, responses to Said’s discussion of Orientalism as a discourse of colonial power span the critical spectrum, from more rigorous and subtle critiques articulated from the left to the sometimes facile and reactionary from those of an opposing political orientation. On one side are art historians such as Zeynep Çelik, Mary Roberts, and Woodward, who argue that “the trend to extend Said’s analysis to apply equally to visual representations has . . . been used too broadly, obscuring nuances and inconsistencies, not only between different photographers’ bodies of work but also within them” (Woodward, 363). These scholars typically aim to constructively revise Orientalism to encompass “a disparate and disputed set of discursive constructions” while at the same time acknowledging “Orientals” as “participants in the production of counternarratives or resistant images.”[4]

On the other side are writers such as John MacKenzie and Ken Jacobsen, who betray a marked suspicion of “theory” and seek to return the term “Orientalism” to its prior usage as an art historical term that could be deployed without suggestion of a broader political or ideological critique. In Orientalism: History, theory, and the arts, MacKenzie argues against Linda Nochlin that “there is little evidence of a necessary coherence between the imposition of direct imperial rule and the visuals arts,” claiming that “Orientalism celebrates cultural proximity, historical parallelism and religious familiarity [with the Middle East and greater Asia] rather than true ‘Otherness.’”[5] Given such perceived “misconceptions inherent in postcolonialist analysis,” Jacobson similarly suggests that “a return to more traditional methods is desirable for the study of 19th- and early 20th-century photography in North Africa and the Near East,” urging commentators to focus more single-mindedly on the “notable aesthetic, as well as documentary and historical merit” when analyzing visual representations.[6]

The turn against postcolonial theory in general and Saidian Orientalism more particularly, as Jacobson’s remarks demonstrate, can be attributed to the way in which art historians and museum curators have approached photographic representations of the Middle East and Asia. Indeed, after decades of ignoring the archives of photographic images from Europe’s colonies, when they began discussing and exhibiting these works after the rediscovery of a large number of nineteenth-century photographs of the Middle East and Asia in the early 1980s, they have relied mostly on art historical categories to study them, analyzing these images in terms of their aesthetic and formal dimensions or their documentary value, and presuming them to reflect the disposition of a particular artist or professional studio. As a matter of fact, as Abigail Solomon-Godeau has argued, the rediscovery of the colonial photographic archives has come at the cost of obfuscating the context of both these images’ production and their reception as art historian and museum curators have lumped them all “under the unifying rubric of art.”[7]

Distinctions among the aims and functions as well as the historical conditions that enabled the production of these images and characterized the different contexts of their reception have been largely obscured by the practice of reading these images in terms of their aesthetic quality and value. Noting that a photographer such as “Salzmann was not intentionally working in an art tradition,” Solomon-Godeau correctly points out that “it is unwarranted to project onto these photographs a concept of artistic intentionality for which there is no evidence” (105, 106). The dominant tendency “to assess the photographs of the past in terms of the present,” she maintains, “is an endeavor which depletes the photographs of their original meaning and fills them with a new one,” a process that “involves a double distortion” (106). The imposition of an art historical framework in the study of early photography has not only led to “fanciful misreadings,” but also preempted the possibility of attending to “photography’s intersection with other discourses” (Ibid.). “In the great rush to discover the art of photography’s past,” she concludes, “we run the risk of destroying its history” (107).

I return to the incisive questions Solomon-Godeau raises about the proper terms for discussing and understanding nineteenth-century photography, in particular photography of the Middle East and East Asia, to underscore the need to evaluate these images in terms of their own history of production and reception. Although I agree with Solomon-Godeau’s powerful critique of art historical readings of these images as artistic projects, I suggest that a proper framework for studying and understanding nineteenth-century photography of the Middle East and East Asia must attend to the Orientalist network in which the production of these images was situated and in which it participated. What is reflected in the works of both European and local photographers in Asia is not merely the intentions of the individual actors who produced these images but rather the overlapping systems of representation and politico-cultural relations between the West and Asia that historically enabled, if not entirely created, the fertile ground for the production and consumption of these photographs.

An art historical focus on an individual photographer or studio preempts a wider understanding of the visual vocabulary that not only informs these images but also makes them legible as representations and desirable as objects. Such an approach cannot adequately account for the variety of factors linking the thematic, topical, and stylistic concerns of nineteenth-century photography of Asia by both European and local artists with those of the painters, travelers, and writers whose representations of Asia preceded them.

In their consideration of Orientalism as either a narrowly ideological perspective or a “neutral” art historical term, art historians have overlooked the significance of Orientalism understood as a network of aesthetic, economic, discursive, and political relations. Whether studied in the context of the production and dissemination of photography in the nineteenth century or in relation to the afterlives of images as collectible objects or archival documents, photographs of Asia become meaningful and legible only if they are considered in terms of the geopolitical distinctions, economic interests, and cultural assumptions about Asian people and cultures circulating at the time of their production and into the present day.

It is worth noting in passing here that, as I have shown elsewhere, the politics of the consumption and reception of contemporary Asian artists in the West speaks to the inscription of these aesthetic works within the geopolitics of neo-Orientalism.[8] In claiming that Orientalism matters for understanding photographic representations of Asia, I certainly do not mean to suggest that these images be taken as mere expressions of Europeans’ racial prejudice against Asians, nor that they should be seen simply as attempts to validate Euro-imperial dominance over various regions in Asia, such as the Middle East, India, and China, during the nineteenth century. I also do not want to argue that Orientalist photography entails a binary visual structure between Europeans as active agents and Asians as passive objects of representation. Instead, I am calling for alternative accounts of photography of Asia that focus on nodes and ties that bind photographers, writers, government officials, and organizations in a way that is productive of a distinctly exotic imagination of the region — a vision at once embraced and perpetuated by indigenous elites in Asia.

As I have shown elsewhere, indigenous photography in and of itself does not constitute an oppositional locus or resistant iconography, for it too belongs to the Orientalist network that mediates its vocabulary and establishes tropes of representation.[9] A network theory of early photography concerns itself neither with the motivations of individual photographers nor with a narrow analysis of the attributes of art objects; instead, it studies the asymmetric and dispersed relations between discrete objects, specific actors and entities, and concrete practices and connections.