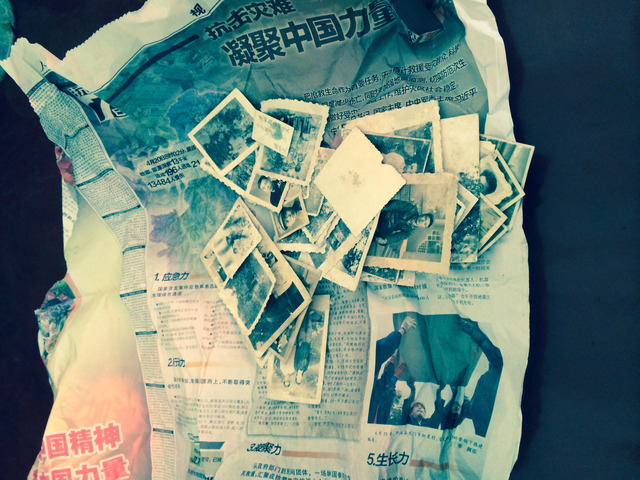 The sent-down youth, or zhiqing, are the millions of adolescents and young adults who during the Cultural Revolution were forcibly relocated from urban centers to remote rural districts to work in communal agriculture. It was a long-held belief that very few personal photographs of this experience existed, because most people at the time were far too poor to have access to a camera, and in any case the government kept tight control over all images, for propaganda purposes. I was also advised that people would not share such images even if they did exist. But students in my classes at Peking University when I first taught there, in 2007, brought many such family photographs to show me and one another. I began then to amass my own collection. I already had quite a number of photographs when I wrote my initial thoughts for TAP,, ten years ago, and I had begun to interview people as well. I have continued this research, together with my collaborators, over the past decade.

In that early TAP response, I was optimistic about the “exciting new endeavor” of finding family photographs from the time of the Cultural Revolution in public markets and in private homes, and “sharing the family history behind the images” if people could start to feel “comfortable” in so doing, as my students had with me and one another. Although I strongly cautioned against the cultural myopia of American versions of the history and criticism of photography and inveighed against Americans’ general ignorance of the history of China, I took a basic sense of comfort for granted.

It was a time of increasing acceptance of transnational cultural studies, in China as in the United States, and I imagined that this comfort would grow. Reassessments of the Cultural Revolution, as well as a small, published literature about this period, had begun to appear. I also believed that family photographs could be a special kind of resource, being more apt to register fine-grained personal experience than would official pictures. As a historian of photography, I have found that family photographs register the intimate side of authorized stories. I believe it is particularly important in writing histories of the present to co-locate domestic images with other documents, and not to relegate them to a separate sphere. Possibilities for doing this seemed to be expanding in China in 2010. My “if” was really “when.”

Further research bore out these hypotheses. Interviews Professor Guigui Yao and I did in 2017 in Wang Jia Zui, a tiny village outside of Wuhan, China, asking people to share their family photographs and stories, had particular resonance. The family photographs of Wang Jia Zui opened new perspectives on the past that were commonly known but also held back. There was a history of violence that each family knew, and individually they each had photographs that documented parts of it. But it was still unsafe for them to put it all together. My colleagues and I have termed this form of archive a “chrysalis” archive, because it awaits conditions that would make its metamorphosis into a more accessible public form possible. The chrysalis archive is a form of potential history, described by Ariella Aïsha Azoulay in Potential History: Unlearning Imperialism. Its principles should be widely integrated into the study of photography, far beyond China:

History as an imperial discipline tells plausible stories, without questioning the violence that provides its practitioners with the building blocks that render the stories plausible — worlds shredded violently into legible pieces to compose historical narratives. Potential history is not an attempt to tell the violence alone but rather an onto-epistemic refusal to recognize as irreversible its outcome and the categories, statuses, and forms under which it materializes. Potential history refuses to inhabit the position of the historian who arrives after the events are over, that is, after the violence was made into part of the sealed past, dissociated in time and space from where we are. Violence against people and their worlds is not history, and the work of potential history is to argue that this violence can be reversed, brought to a closure, mended. Potential history is the attempt to make impossible the transmutation of violence into history.[1]

My work in Wuhan used to arouse a blank look among American colleagues and friends — where is that? Today it gets an immediate, interested response; everyone knows that Wuhan is where the new coronavirus comes from. Wuhan’s people were the first in the world to be forcibly quarantined inside their homes and hospitals. Millions of people studied photographs of Wuhan, staring at closed shops and empty streets and wondering what it would feel like to be there.

Wuhan’s tragedy is immense and not easy to fathom. Family members, locked together indoors, sickened one another; health workers lacked access to basic protective gear and good-quality masks even when they had indeed been sent to the city; medical supplies and hospital beds were scarce; people died and their deaths went unreported; the city was stigmatized; rumor and real scandal undermined trust in the government and administration. Many people were heroes; some were scoundrels; most were — and, as of this writing, still are — afraid. The brave young doctor Li Wenliang, who tried to warn of the virus, was silenced by officials and died of it himself weeks later.

But Wuhan’s tragedy is now no longer unique. It is everybody’s introduction to the unfolding story of the worldwide COVID-19 pandemic of 2020. I am, at this moment, quarantined at home in the United States, in New Haven, Connecticut.

On March 30, official figures from Wuhan reported 2,500 deaths, but many believe the total to be much higher. Definitions of what constitutes “infection” continue to shift, and people have noted that cremation urns pile up and “the incinerators have been working around the clock.”[2]

Behind the guarded gates and inside the shuttered courtyards of Wuhan, this agony will have produced family photographs, and they could well uncover different perspectives on the numbers, which are currently being challenged. But will it ever be comfortable in China to speak about them? Under what conditions will this happen? It was my mistake ten years ago to imagine that comfort with the family photographs of the Cultural Revolution would only, and organically, grow with the telling of stories to respectful interlocutors. Now I believe that a different principle of “potential history” will have to be engaged for restorative justice to address each outbreak of violence.

From the Cultural Revolution to the time of COVID-19, the myriad untold stories of the Chinese people and their history still await the infinitely complex process that will turn their family photographs from artifacts, to archives, to evidence, to repair.