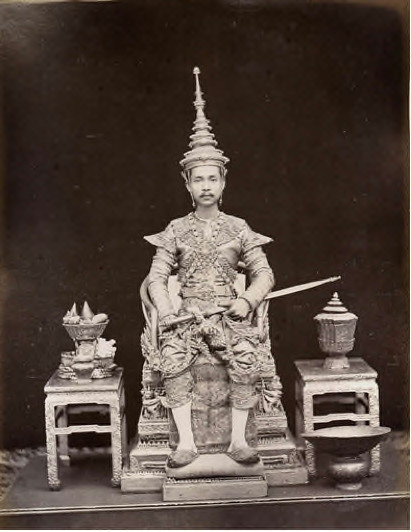 Published since 1954, Ars Orientalis is a peer-reviewed annual journal based on the Smithsonian Institution’s Freer Gallery of Art and Arthur M. Sackler Gallery (F|S) collections of Asian Art and their related archives and research programs.

Volume 43 is the first occasion when the journal has been devoted to photography and reflects the rapid growth of the F|S Archives collection of Asian photographs since the 1990s.[1] It should be recalled that the Sackler Gallery’s landmark 2001 exhibition and publication India Through the Lens: Photography 1840-1911—-the first such in-depth art museum review of the medium’s history in colonial India—-played a significant role in the international growth of academic studies of Asian photography.

The F|S Asian galleries do not collect historic photographs as art but have moved over the last decade or so to build collections of a number of contemporary photographers in Asia. The Freer has the largest museum holdings of the work of 20th century Indian photojournalist Raghubir Singh.

Ars Orientalis 43 presents eleven revised papers from the fourteen delivered at the Imperial Exposure: Early Photography and Royal Portraits Across Asia symposium held at the Freer in December 2011.[2] The seminar’s scholars of art history, history, archaeology, language, and literature from America, Australia, and Singapore examined the varying levels of enthusiasms for photographic portraiture within the imperial courts of Iran, Afghanistan, Thailand, Japan, and Korea.

The Imperial Exposure symposium coincided with the Sackler exhibition Power|Play: China’s Empires, curated by David Hogge, F|S Head of Archives. The exhibit was based on the archives’ 2009 purchase of forty-four rare glass plate photographs taken at the Imperial Palace in Beijing in 1903-1905 by the court photographer Xunling (ca. 1880–1943) a brother of one of the Empress Dowager’s court attendants and later biographer, Der Ling (1885-1944). The occasion is reflected in the East Asian coverage in Ars Orientalis 43. Two articles are on Cixi’s performative self-imaging and two on portraits of two of her high-ranking courtiers, Prince Chun and Li Hongzhang.

In recent years, historic Asian photography and royal portraiture in particular has attracted considerable academic attention, more so it seems than genres such as landscape.[3] This reflects the critical and precocious role of royalty in Asia (and the Pacific) as sitters, commissioners, designers, and as makers of images in their own, as well as their roles as patrons of foreign and native photographers. No other genres give such an intimate glimpse of the face-off between Western technological import and its acclimatisation in Asia.

The geographic sweep of papers in Ars Orientalis 43 runs eastwards from the Ottoman to the Meiji courts and chronologically from the first arrival of photography in Asia in the 1840s to the 1920s royal tour of Europe by the progressive young Afghan royal couple. The content considers the sustained and essentially similar photographic activities of contemporaneous, but unconnected, rulers and courtiers as well as the circulation of their images at home and abroad.

The depth of knowledge of scholars with language access to primary sources serves to introduce readers to the often engaging, as well as influential, royal personalities and the astute sophistication of courtly understanding and reception of the medium. Ali Behdad catalogues the enthusiasm of Quajar monarch Nasir al-Din Shah (r. 1848—1896) in Tehran, an amateur photographer like his Siamese royal contemporaries. Maurizio Peleggi traces the adjustments that have ensured that the Thai royal image has become inviolate and iconic despite mass reproduction down to present-day King Bhumibol. These themes were begun in Peleggi’s pioneer study Lords of Things: The Fashioning of the Siamese Monarchy's Modern Image (University of Hawaii Press, 2002).

Maki Fukuoka’s paper traces the often convoluted evolution of the originally prohibited circulation of the Meiji Emperor’s image from the 1870s to the present. Christine Kim follows the pictorial fate of the Korean monarch as managed by the Japanese government during its occupation of Korea. The suite of papers on the court of China’s Empress Dowager Cixi (r. 1861-1908) by Claire Roberts, Roberta Wue, Yi Gu, and Ying-chen Peng reveals the complexity of self fashioning in front of the camera in Peking. Cixi’s extravagant tableaux are the most elaborate of royal performances but as a matter of degree rather than of kind. The inclusion of Indian papers would perhaps have put the beguiling amateur photographer Maharaja Sawai Ram Singh II of Jaipur, and his self portrait of c.1870, as a counterpart to his royal Asian peers.

While the majority of the papers in this volume deal with 19th to turn of the 20th century subjects, Holly Edwards moves forward to the royal tours in India, Iran, and Europe in 1927-1928 of Afghan King Amanullah and Queen Soraya. Her article reveals how the styles of Western celebrity portraiture facilitated Queen Soraya’s radically unveiled and chic press images for the tour.

The special issue of an esteemed and established academic journal on a new art form or neglected area of study signifies a changed zeitgeist.[4] Editor Nancy Mickewright, Head of scholarly programs and publications and a specialist on Iranian photography, makes the point in her preface to Ars Orientalis 43 that ‘The history of Photography is a relatively young intellectual enterprise, having come of age as a subfield within the history of art in the 1970s’, but also that the scholars featured are all working on larger research and publication projects. The arrival of the current generation of scholars with the linguistic skills and methodology to both unearth and question allows for a depth not previously possible.

Mary Roberts’s paper moves beyond photographic portraiture in isolation to tease out Sultan Abdülaziz in Istanbul’s deployment of sketches, photographic portraits, and paintings in crafting a modern dynastic Ottoman state. John Clark’s paper ‘Presenting the Self: Pictorial and Photographic Discourses in Nineteenth-century Dutch Indies and Siam,’ is the only one to compare strategies and responses across two Asian courts. Clark’s challenging argument in this and his other papers and books is that Asian cultures are inherently multi-media in nature and the way that images are disseminated within them is crucial to understanding them. The point of the need for holistic surveys is heeded and its feasibility demonstrated by Clark’s own publications.

A curatorial bias on this author’s part however, as to what ‘The History of the Photographer in Asia’ will look like within the next two decades, lingers. On the evidence of Ars Orientalis 43, such a project will easily command the kinds of attention previously reserved for the photographic innovators and practitioners in the northern hemisphere.