One month after March 11, 2011, the date of the Tohoku earthquake, Kei Kobayashi made his first visit to the devastated region. The area was also severely impacted by the nuclear accident at Tokyo Electric Power Company’s (TEPCO) Fukushima Daiichi Nuclear Power Plant, an event caused by the tsunami that followed the earthquake.

Kobayashi carries a Geiger-counter and measures the level of radiation at the places he photographs, which are twenty to thirty kilometers from the power plant in Fukushima Prefecture.

The government declared a “Restricted Area” everything within a twenty-kilometer radius of the nuclear accident. The area beyond that zone and up to thirty kilometers from the accident site was identified as an “Evacuation-Prepared Area In Case Of Emergency.” Iitate Village and the surrounding area, which suffered a high level of radiation, were designated as a “Deliberate Evacuation Area” by Japan’s Ministry of Economy, Trade and Industry (METI) as of August 3, 2011. 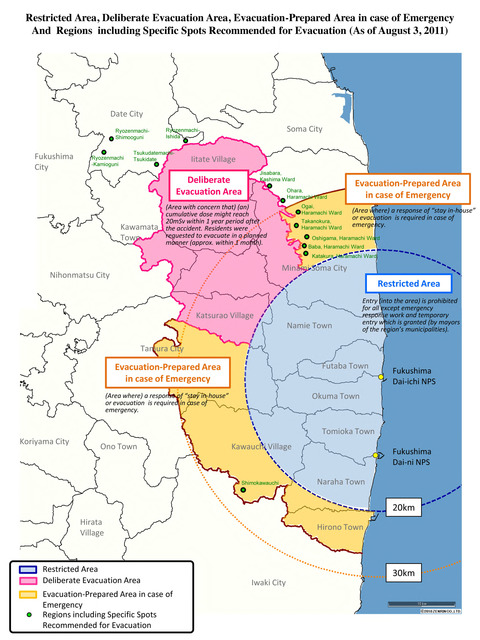 Restricted Area, Deliberate Evacuation Area, Evacuation-Prepared Area In case of Emergency And Regions including Specific Spots Recommended for Evacuation (As of August 3, 2011) http://www.meti.go.jp/english/earthquake/nuclear/roadmap/pdf/evacuation_map_a.pdf The map is taken from the website of the Ministry of Economy, Trade and Industry (METI).

The foregoing classifications have been periodically revised based on the results of radiation monitoring.

The sense of foreboding one feels from the stillness of these images evokes the invisible danger of radiation. The absence from the photographs of people going about their daily lives expresses the ominous presence of nuclear threat.

The subtlety of these images is like the radiation one cannot see. Although not visible, the threat is omnipresent. One evacuee said she wished radiation had color and odor so she could recognize the existence of danger.

Kobayashi’s approach portrays a predicament that is even more frightening than images of the obviously-damaged nuclear plant or the leakage of contaminated water.He makes his point in a way similar to how residents face the threat that confronts them: silently, with quiet images accompanied by Geiger-counter readings of radiation levels.

Kobayashi has said that his images tell the story of the interrupted lives of the people of the area, that their aspirations - to pass on to their descendants what they themselves received from their ancestors - are now broken. As of this writing, the uncertainty of the future has been endured for four years. 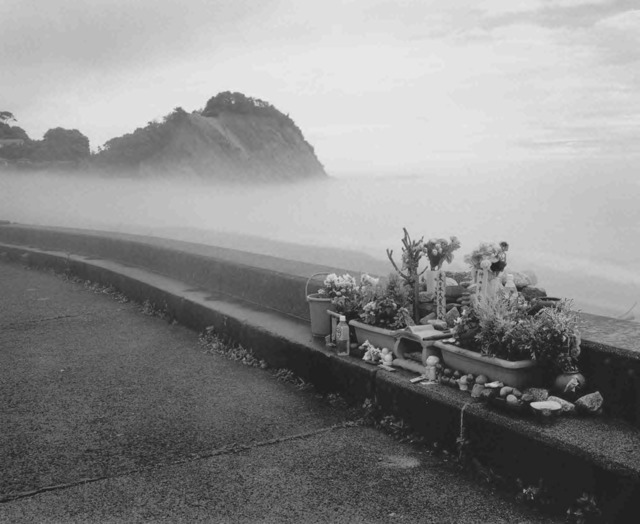 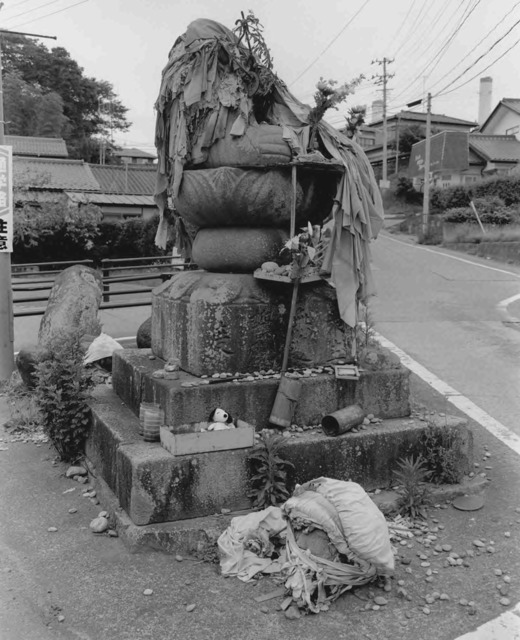 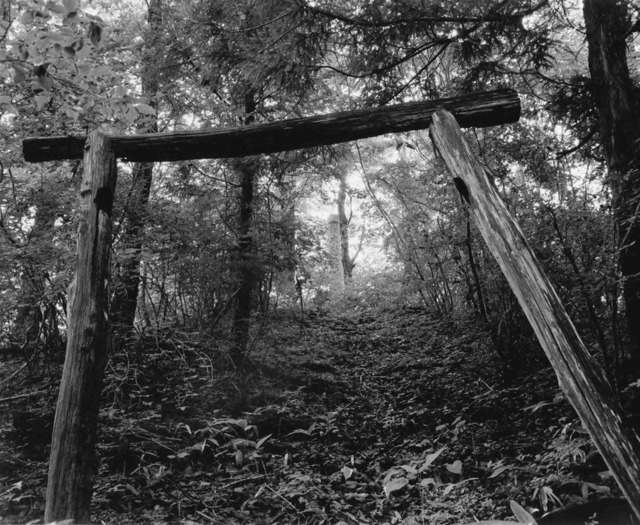 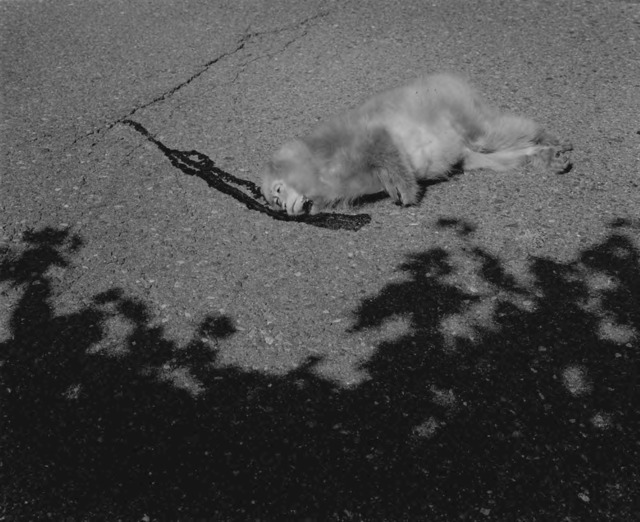 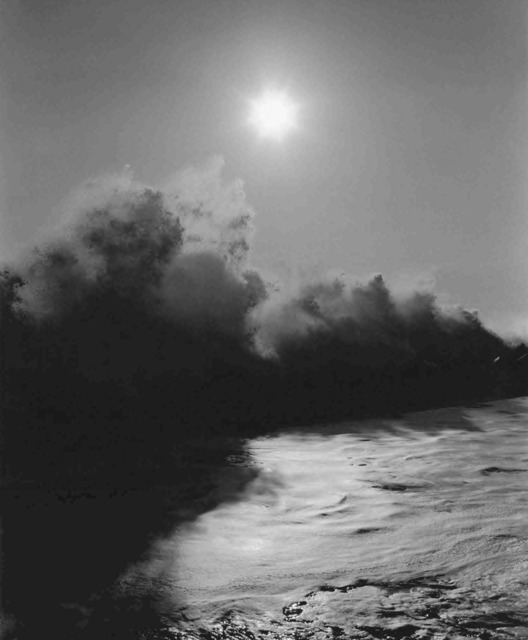 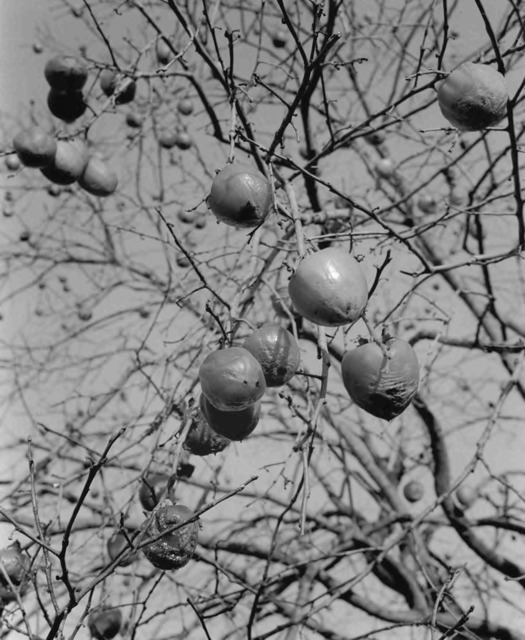 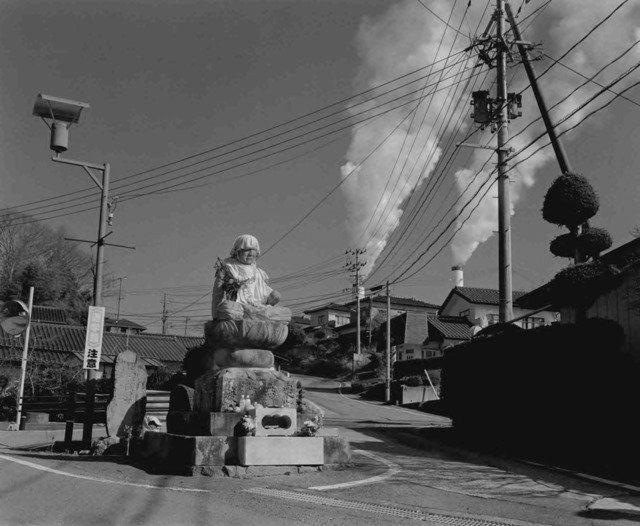 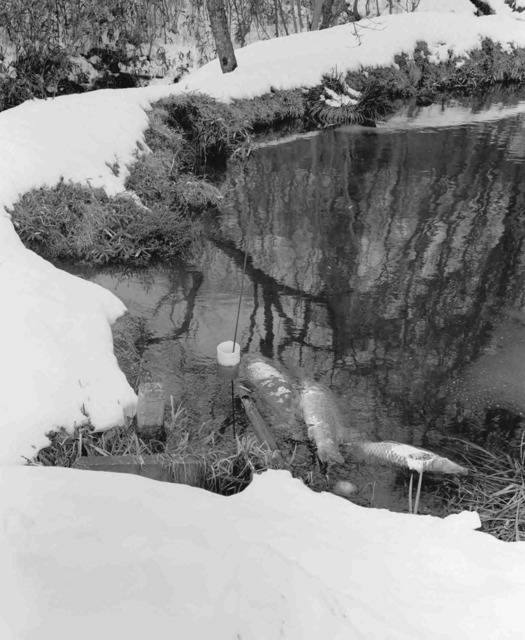 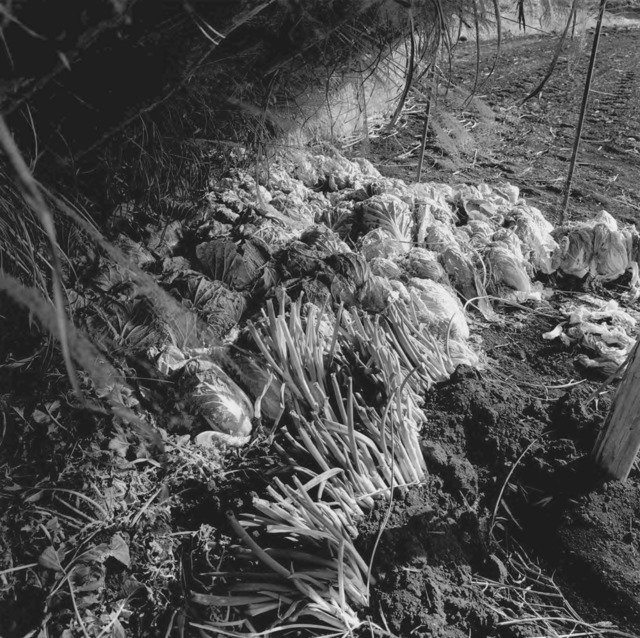 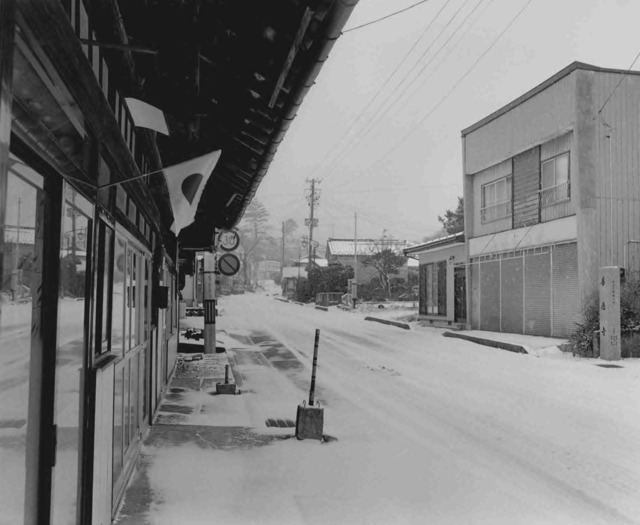 A freelance photographer since 1975, Kobayashi has focused his attention on minorities: children who live in a welfare facility away from their parents, young Taiwanese factory workers who built Japan’s fighter aircraft, the Seediq tribe in Taiwan, and Teshima Island, where his home-town is located. He used 6x6 and 6x7 film cameras for this project.