/ My Modern Age: The Constructed Photographs of Eiko Yamazawa 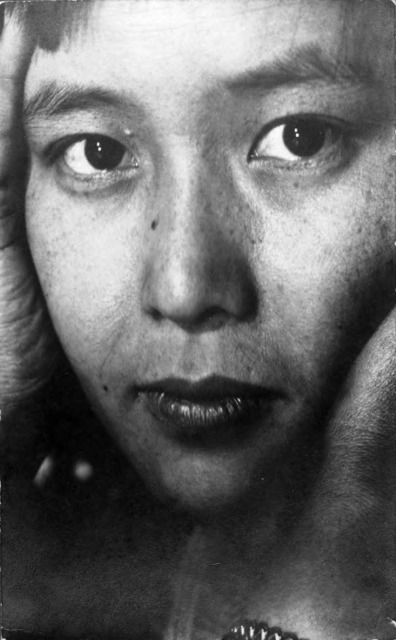 Born in Osaka, Japan, in 1899, Eiko Yamazawa (given name “Ei”) graduated in 1918 from the private Joshibi School of Art and Design (currently Joshibi University of Art and Design), where she studied Japanese painting. After obtaining her degree she worked in Western-style painting and photography.

Yamazawa’s acquaintance, Raiteu Hiratsuka (feminist, thinker and author, 1886–1971) was at the forefront of the women’s liberation movement, and edited the magazine “Seito.” (the first literary magazine in Japan for women, published by women from 1911 to 1916). Around the time of her graduation, Yamazawa attended meetings of the movement. Her interest in it evolved into her belief in the importance of women’s independence.

Following graduation from Joshibi School of Art and Design she studied English at Osaka’s YMCA. Haruko Asai, its second director, taught her the principles which guided her life. (Asai studied in England. She gave Yamazawa opportunities to photograph group portraits and documentary photographs, and was also supportive by her purchase of Yamazawa’s oil paintings. Yamazawa was probably inspired by the spirit of her mentor, Asai, who was engaged in leading projects of that time: a dormitory for working women (1923), night school for women (1924), and an employment agency for women (1932). Asai was influential and without her help, it would have been difficult for Yamazawa to obtain a passport and come to the USA.)

In 1926 Yamazawa came to America. She worked as an assistant to the photographer Consuelo Kanaga (1894–1978) while studying painting at California School of Fine Arts, a branch of California State University. Kanaga profoundly influenced Yamazawa’s decision to become a photographer. In 1928 Yamazawa traveled to England and France, where she had an opportunity to appreciate European art. She returned to America to work for Kanaga and the Hungarian photographer, Nickolas Muray. She did portrait photography at Muray’s fashion photography studio in New York. During this period, she worked with the objective of capturing the inner qualities of those she was photographing. She also developed a unique lighting technique which was transferred to her later abstract work. After eagerly learning photographic techniques and widening her knowledge in America, Yamazawa returned to Japan in 1929. Upon her return, she submitted landscape photographs she had taken in America to the Third International Photo Salon, and they were accepted for exhibition.

In 1931 she opened a photo studio on the 3rd Floor of the Dojima Building in Osaka. She produced portraits of well-known cultural figures, financiers and businessmen including Kan Kikuchi, Riichi Yokomitsu, Nyozekan Hasegawa, Haruo Sato, and ceramic artist Kenkichi Tomimoto. Her solo exhibition entitled “Portraits of People of Culture” was held at Osaka Asahi Kaikan in 1932. In 1935 she established a photo studio at the newly-opened Osaka Sogo Department Store. Three years later she opened Eiko Yamazawa Studio in Suo-town, Minami-ward in Osaka. She employed female assistants, which was unusual in its day. The studio was popular because her portraits were made in a modern style.

Together with Yasue Yamamoto, an actress, Yamazawa left Osaka in 1945 for Shinshu, in the countryside, to avoid the chaos of war. Yamazawa photographed Yamamoto in theatrical costumes in their place of refuge. In 1960 these images became a collection entitled “Photographic Collection of Yasue Yamamoto on Stage”.

After the Second World War Yamazawa returned to Osaka and worked first at the photography department of Osaka Mitsukoshi Department Store, and later at Sumoka Art Laboratory. In 1950 she established Eiko Yamazawa Photography Research Institute at Hamachi Hospital Annex to educate the next generation. (Kazuko Hamachi studied photography at the Eiko Yamazawa Photography Research Institute. She was a close and trusted friend of Yamazawa. Hamachi’s parents owned the hospital, and at times during her career they supported Yamazawa.)

In 1952, the Yamazawa Commercial Photography Studio was established in a rooftop space at Osaka Sogo Department Store. The following year she published the photography book “Quest”. This was a time when photography was not often utilized in advertising but Yamazawa eagerly challenged the norms. She received the Osaka Prefecture Art Award in 1955.

In 1952–1953 Yamazawa started using photography as a means of abstract expression. Later this became her signature photographic style. In 1960 she abandoned realistic portrayal entirely and immersed herself in the world of abstract art.

In the introduction to her photography book ”Watashi no Gendai / What I’m doing” (My Modern Age) published in 1960, Yamazawa stated, “Realistic expressions disappeared without a trace.” Thereafter, she created only abstract images.

Utilizing an innovative sense of color and composition, she photographed geometric objects with primary colors. This work situated her as a pioneer of the constructed photograph, a style which became popular in the 1980s.

Yamazawa was energetic in her pursuit of creativity during a time when there were few women photographers. From 1979 to 1986 she held annual exhibitions entitled “Watashi no Gendai / What I’m doing” (My Modern Age) and worked consistently on new ways of expression. In her later years she created abstract objects of paper collage. Throughout her life she was driven by a passion for creating artistic work. Eiko Yamazawa died in 1995 at the age of 96. 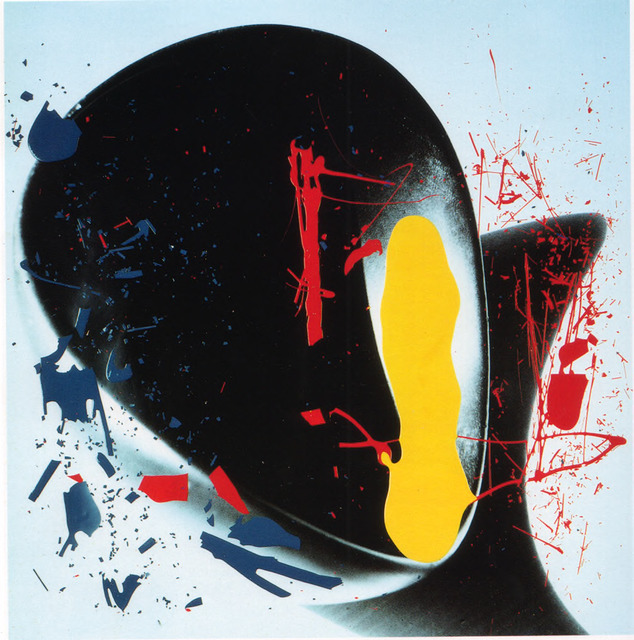 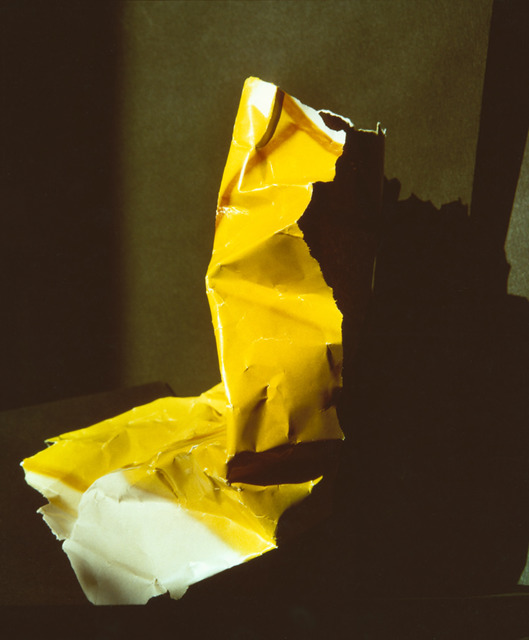 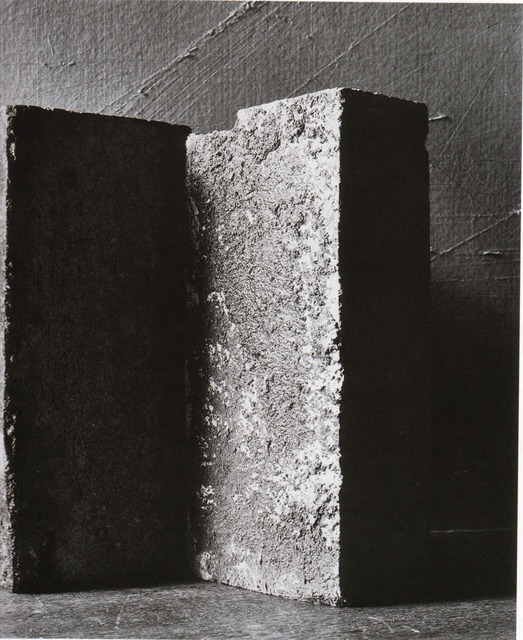 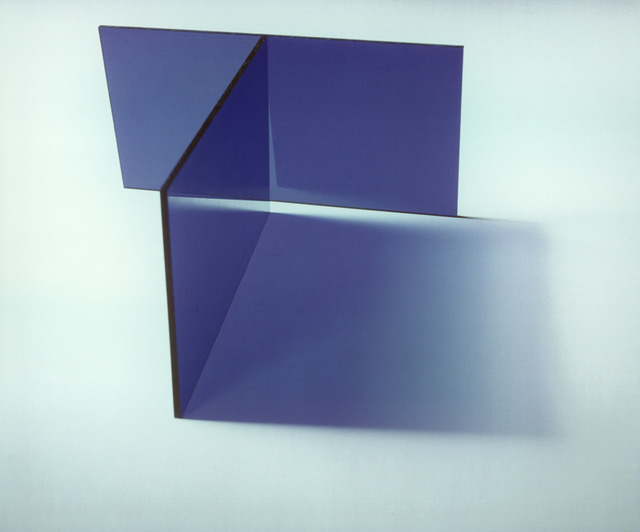 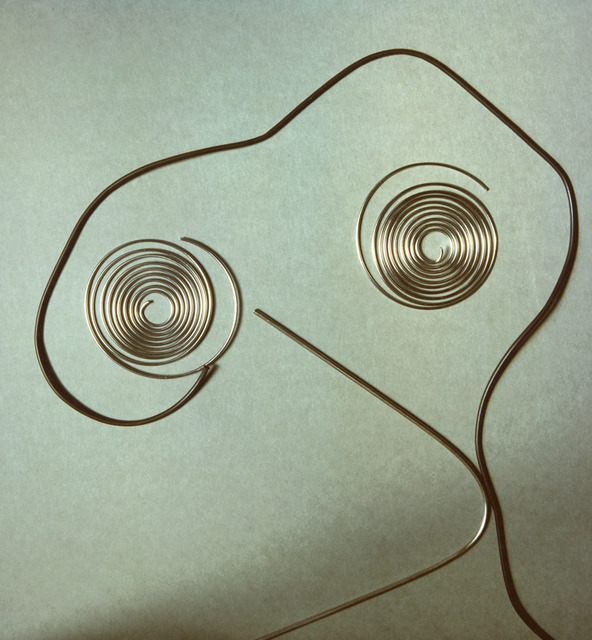 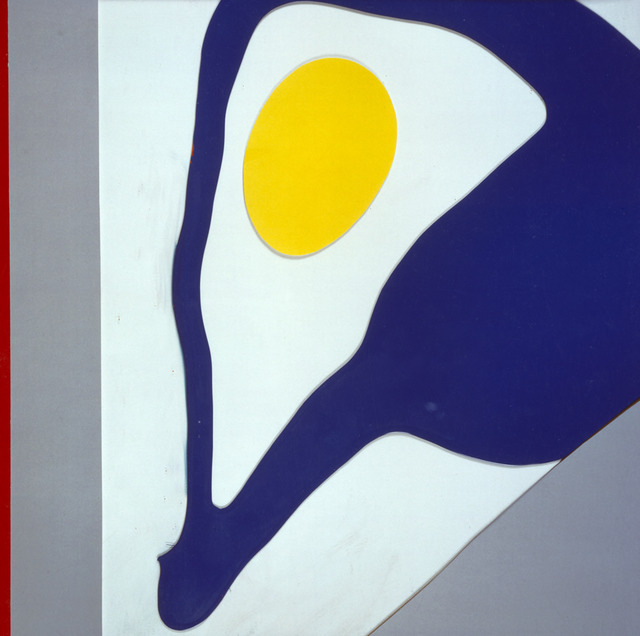 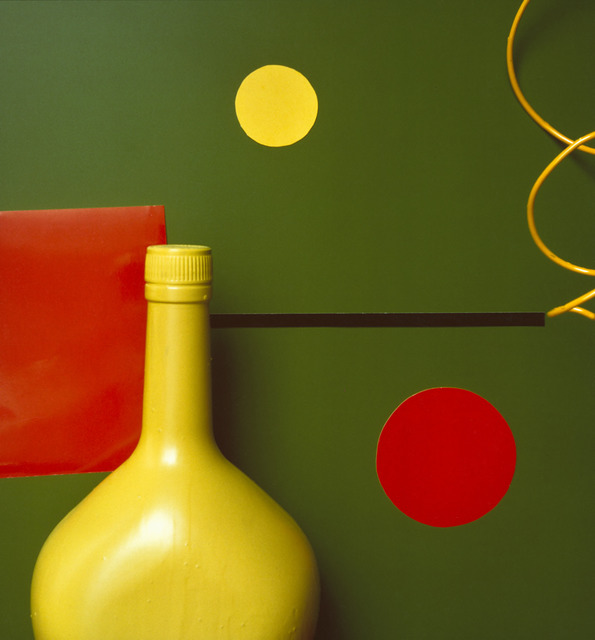 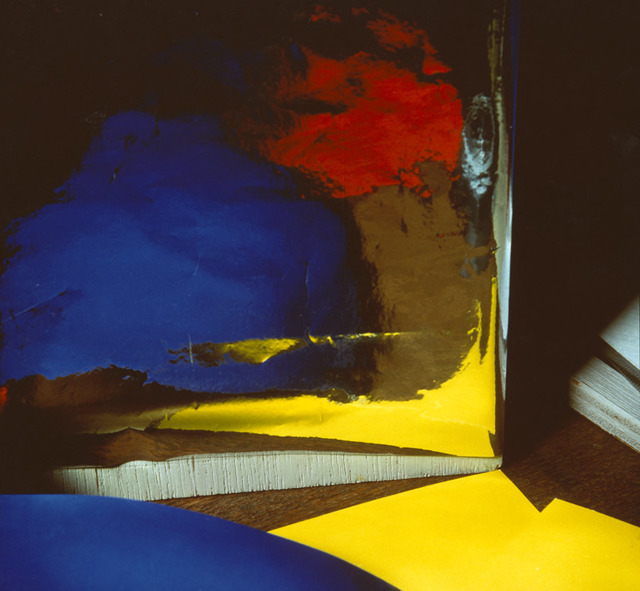 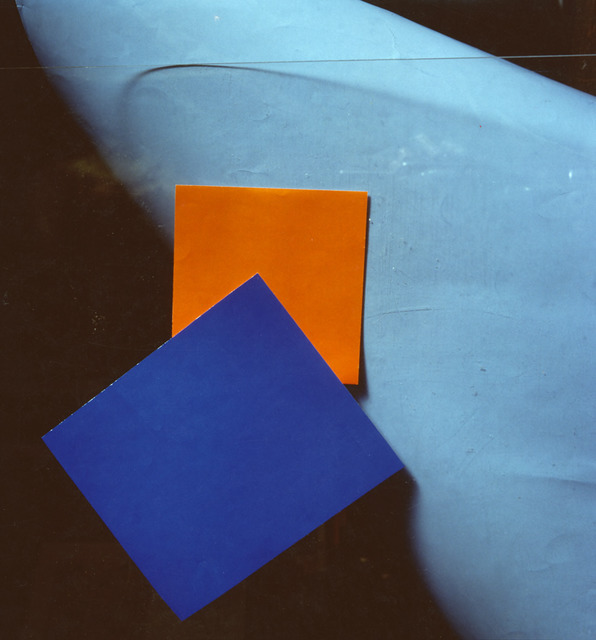 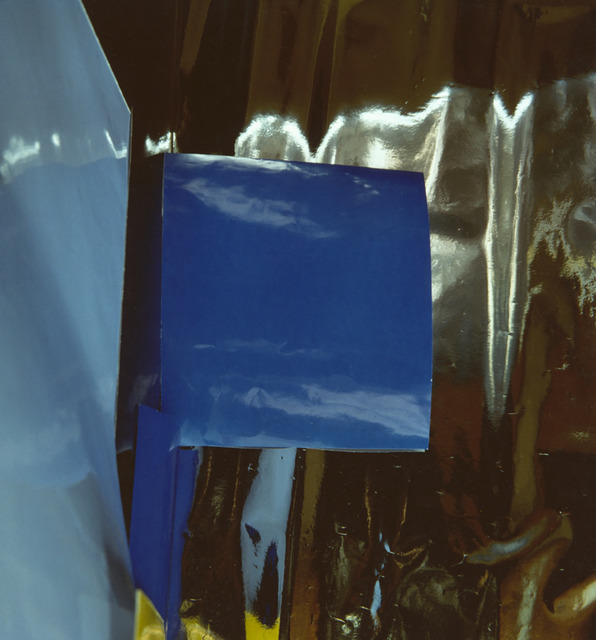 The theatrical production of Eiko Yamazawa’s life “Hikari wo atsumete” (Gathering of Light) was performed at the Dawn Center, a women’s center in Osaka, Japan from March 23–25, 2012. The 7th floor of this building has a theater where the play took place and is also where Yamazawa’s archives are housed.

Further information about this production, in Japanese, can be found at the following website. http://www.ogef.jp/event/index.php?mode=show&seq=519&recent=1

Mihoko Yamagata is a photographer, photographic researcher and consultant. She worked for Nagase Photo Salon and Tokyo Fuji Art Museum in Tokyo. Her portfolio “Kaiso” is in the collection of Center For Creative Photography at the University of Arizona, Tucson.