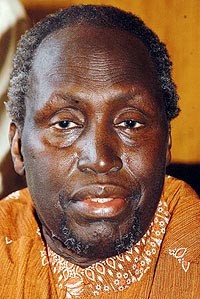 Prof Ngugi wa Thiong'o and his wife Njeeri, who were attacked by gunmen on Wednesday night. 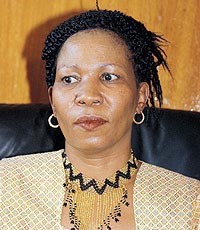 Prof Ngugi wa Thiong'o and his wife Njeeri, who were attacked by gunmen on Wednesday night.

'They did all sorts of acts of humiliation, including burning my face with cigarettes, then they tried to rape my wife Njeeri,' says writer

The widely hailed homecoming of celebrated writer Ngugi wa Thiong'o after 22 years in exile turned into a nightmare when four gunmen attacked him and his wife Njeeri and terrorised them on Wednesday night.

The couple was last night recovering at Nairobi Hospital where doctors said they were out of physical danger but were still traumatised by the 11.30pm incident.

The armed men burst into Ngugi's Norfolk Towers apartment as the writer was opening the door to see off a relative, Mr Chege Kiragu. They forced the two men back into the house and, addressing the writer by name, demanded money from him.

Ngugi, who came to Kenya barely two weeks ago, had just returned to Nairobi from Uganda. A tired Njeeri had retired to bed and left the two men talking. She was woken up by the commotion in the sitting room. But before she could do anything, two men dragged her into the sitting room and told to surrender the money she had to the gunmen.She gave them a total of Sh40, 000 (US$450, Rand 250 and Sh2, 000). But the men still ransacked the neatly arranged house and turned everything upside down in search for more cash. When they did not find any, they pounced on Njeeri again and removed her wedding ring and another from her right hand.

They also took with them an IBM laptop and a travelling bag containing the Ngugis' documents.

The couple's two children Mumbi, 10, and Thiong'o, nine, were not at home during the incident. They were taken away on Monday to their grandmother's home in Kamirithu in Kiambu before their parents left for Uganda.

The Ngugis were under regular police guard at the hospital and a watchman at the apartments, who had muzzled his dog at the time of the attack, was arrested by police for questioning.

In the afternoon, Ngugi issued a press statement describing the humiliating attack.

"At around midnight," the statement said, "four men arrived with guns, a machete and a huge wire cutter and rushed in the room...They demanded for money. My wife Njeeri gave them all she had, about $500...In the end, they took my laptop computer, my wedding ring and Njeeri's earrings.

"During the ordeal, they did all sorts of acts of humiliation including burning my face with cigarettes, and finally tried to rape my wife," said the brief statement read to journalists at the hospital by his publisher, Mr Barrack Muluka.

And following the attack, Muluka, the managing director of East African Educational Publishers, who are the sponsors of Ngugi's tour of the country and region, cancelled the writer's itinerary.

Police said that apart from asking for money, the gunmen also wanted to know if the writer was a member of the outlawed Mungiki sect. When he responded in the negative, they set about him with the butts of their guns.

Police sources said the men appear to have been angered even more when Ngugi told them that he did not have money on him because he and his wife use credit cards.

Police believe the attackers had trailed Ngugi as he made his way to the apartments situated in the neighbourhood of the Norfolk Hotel, the Kenya Broadcasting Corporation and Hotel Boulevard.

They also believe the men gained access to the compound through a hole that was found in the perimeter fence. Last night police were investigating a possible Mungiki link to the attack.

The attack on Ngugi sent shock waves through the city's security fraternity. Top police officers combed the apartments in search of the gunmen. It was then that they found the hole in the fence and arrested the watchman.

Nairobi Provincial Police Officer Mwangi King'ori said: "We have arrested a watchman and he should be in a position to tell us why he had a dog with a muzzle on. The dog could not bark or even bite the gangsters."