White-tailed deer (Odocoileus virginianus) in Michigan’s Upper Peninsula exist on the edge of their climate tolerance for cold temperatures and deep snow, especially in the lake effect snow zones of the north half of the peninsula. Each year, deer migrate to conifer swamps to escape the deep snow. Many of these swamps are managed by the Michigan Department of Natural Resources (DNR) as critical deer wintering complexes (DWC), and there has been an effort to acquire and protect additional acres of DWC as deer habitat. Conifer swamps are also managed for many other values, including timber products, which are difficult or impossible to access during mild winters. Recent warming trends have resulted in a 71% decrease in ice cover on Lake Superior, and a concomitant increase in lake effect snow. As the severity of winters in terms of duration of snow depth has increased, DWC habitat has become more critical to deer over-winter survival. However, regional climate models project a shift from lake effect snow to lake effect rain as temperatures continue to rise. Thus, while DWCs have high wildlife habitat value now, their value to deer is expected to decrease by the end of the 21st century. The economic value of timber products is also expected to decrease as access for harvest becomes more challenging. The projected changes in the ecological and economic values of conifer swamps will complicate long-term conservation of these regionally important resources. Conservation tools other than land acquisition could provide managers the flexibility to meet dynamically shifting values across Michigan’s northern forests.

A Note from the Field

Everything changes with the first big snowfall of the season (Figure 1). Snow is a profound cultural and ecological force, especially in regions with relatively high snowfall (Bernard 1999). In parts of the Upper Peninsula of Michigan where snow accumulates deeply and persists for many months, white-tailed deer migrate to landscapes rich in conifer cover (Figure 2) (Beyer et al. 2010). One’s options on a peninsula are limited, but deer will travel dozens of miles to conifer swamps that offer some protection from deep snow and bitter cold (Verme 1973; Van Deelen et al. 1998). 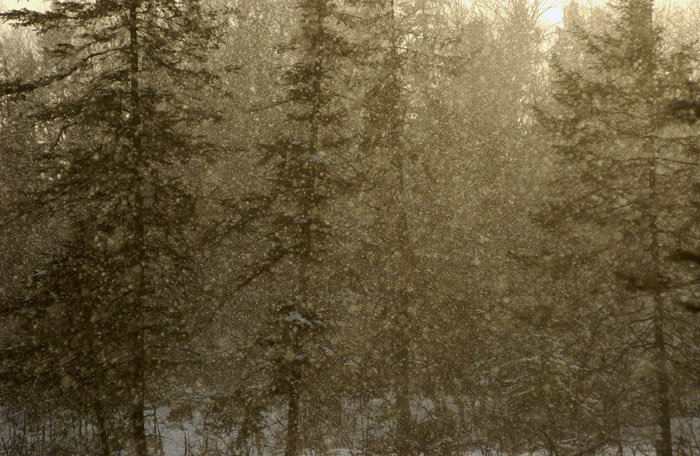 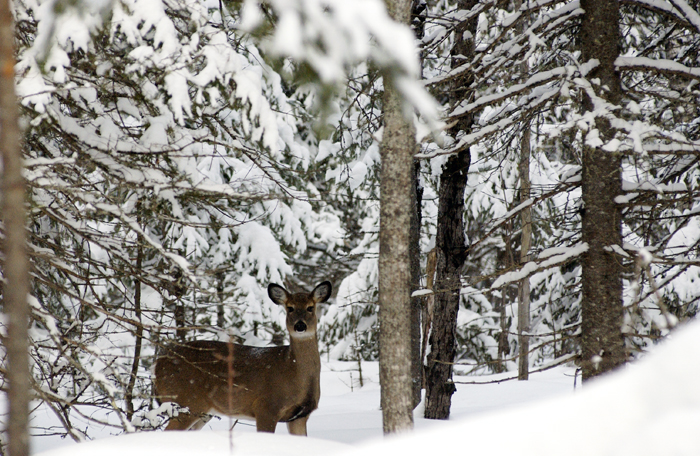 Deer have been found at archaeological sites in the Upper Peninsula that pre-date European settlement (Baker 1991). Until the early 20th century, white-tailed deer shared the peninsula with woodland caribou (Rangifer tarandus). Moose (Alces alces) and deer continue to occur on the same peninsula, but moose persist primarily in areas where most deer migrate away for the duration of the winter. Moose and caribou are susceptible to diseases for which deer are a vector, such as brainworm (Parelophostrongylus tenuis), and therefore rarely persist where deer are common (Figure 3). 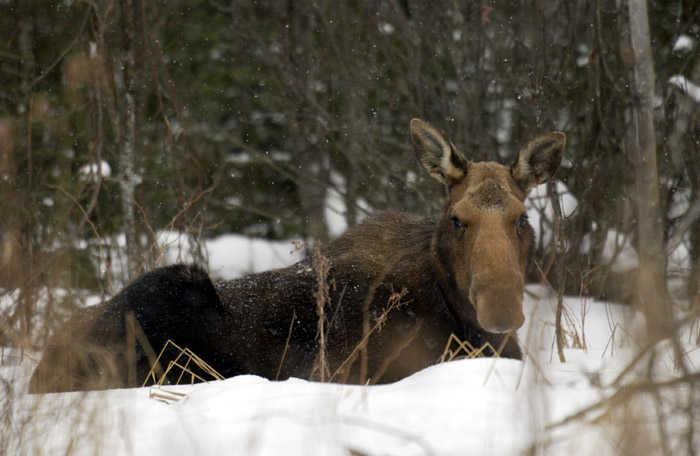 Figure 3. Moose are native to Michigan. Moose thrive in regions of the state where there is too much snow for white-tailed deer.

Snowfall patterns in Michigan’s Upper Peninsula, especially in the lake effect zones that deer tend to migrate from, have been changing in the past four to five decades. However, the change in snowfall has been a counter-intuitive increase, even as temperatures have risen (Burnett et al. 2003; Kunkel et al. 2009). The reason for the snowfall increase in the Upper Peninsula is linked to ice on the Great Lakes. Lake effect snow storms occur when cold air blows over the open (ice-free) lakes, destabilizing the atmosphere, picking up moisture, and dropping the moisture on adjacent lands as snow. As the lakes freeze over, the lake effect snowfall diminishes. Because of steadily increasing mean winter temperatures, the ice on the Great Lakes has been declining for decades. The ice cover on Lake Superior has dropped 71% (Wang et al. 2012). The drop in ice cover has led to increased lake effect snowfall in Michigan (Andresen 2012), even as regional snow cover has decreased (Andresen, Hilberg, and Kunkel 2012; Dyer and Mote 2006).

Consecutive severe winters in 2007/2008/2009 and 2013/2014 killed many yearling deer and left many does in too poor condition to produce fawns, simultaneously reducing the size of the herd and limiting recruitment (B. Rudolf, pers. comm.). Deer are an important actor in both the natural and economic life of the Upper Peninsula. They are preyed upon by wolves (Canis lupus), coyotes (C. latrans), bears (Ursus americanus), and bobcats (Lynx rufus), and in turn, deer selectively browse young trees, shifting the composition of the future forest (Van Deelen et al. 1998; Kraft et al. 2004). Over 500,000 hunters take to the field each fall to hunt deer, and many of them travel to the Upper Peninsula, where they buy gas, eat at restaurants, stay at hotels, and otherwise support the tourism economy of the state. In 2011, hunting-related expenditures in Michigan came to $2.3 billion (USDOI et al. 2011). A climate-induced reduction in the deer herd has had repercussions both ecological and economic.

One of the main habitat management tools that the Michigan Department of Natural Resources uses to ameliorate the impacts of harsh winter weather is the protection of deer wintering complexes (DWC). A DWC is a landscape in which food and cover are sufficient to mitigate for harsh winter conditions (Beyer et al. 2010). Usually these landscapes contain extensive conifer swamps, which consist primarily of white cedar (Thuja occidentalis) and eastern hemlock (Tsuga canadensis). The evergreens intercept snow in their branches (Figure 4), leaving shallower snow below where deer can move more easily to seek food and avoid predators (Hurst and Porter 2008; DelGiudice, Fieberg, and Sampson 2013). They also reduce heat loss on cold, clear nights (DelGiudice, Fieberg, and Sampson 2013). 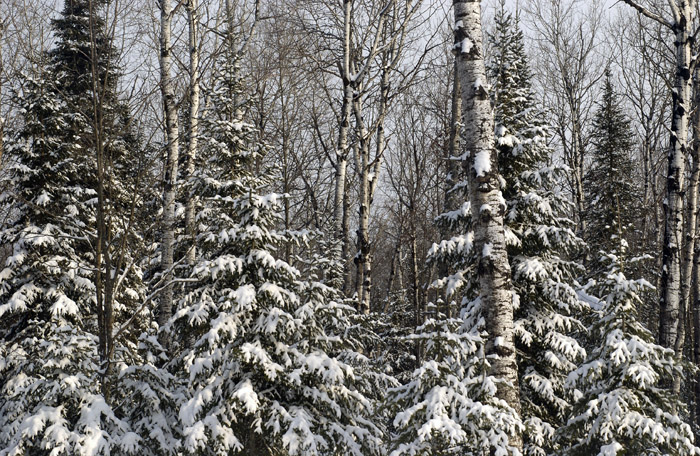 Lowland conifer swamps are valuable to many species in addition to deer. They are the main habitats for many conifer-loving species, such as blackburnian warbler (Setophaga fusca), gray jay (Perisoreus canadensis), and bobcat. In addition, they are valuable for carbon storage in wood and soil. They also are valuable timber resources that can be harvested in a sustainable manner. Balancing the many different values that society places on lowland conifer swamps is an ongoing management challenge.

Climate change will affect that balance. Climate projections suggest that by the end of the 21st century, the duration of deep snow conditions will be much reduced (Figure 5) (Gula and Peltier 2012; Notaro et al. 2014). The degree to which snowfall will be decreased by the middle of the century is less clear and is the focus of ongoing research. However, it is clear that the decrease in lake ice that has led to the increase in snowfall cannot continue long into the future. Ice on Lake Superior has already decreased 71% (Wang et al. 2012). Eventually, warming will shift lake effect snow to lake effect rain (Notaro, Bennington, and Vavrus 2014). 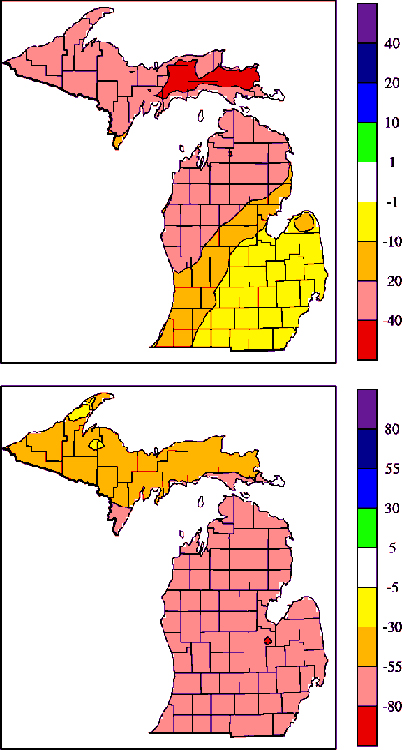 Figure 5. Projected change in days (top) and percentage (bottom) with at least 25cm (10 inches) of snowfall between the end of the 20th century and the end of the 21st century, following downscaling described in Notaro et al. (2014). Data are derived from nine downscaled CMIP3 models using the A2 scenario. This map and other climate variables are available at http://ccr.aos.wisc.edu/resources/data_scripts/LCC_MI/.

Thus, managers are confronted with a climate conundrum: past trends are no longer a good guide to the future, but the timing of the shift in a key climate variable, in this case future snow depth and duration, is uncertain. Strategies to make wise decisions in an uncertain environment can be drawn from other sectors (Ando and Hannah 2011). One potential strategy could be borrowed from the financial sector: keeping options open when markets fluctuate. DWCs have traditionally been protected through outright fee-simple purchase of the land when it becomes available. The assumption had been that these areas would be valuable to deer in perpetuity. If, however, their value for deer might be limited to the next 10 to 85 years, perhaps they should be treated as a shorter-term and more liquid asset. In management terms, this could take the form of landowner agreements of 10 to 20 years, which would protect the mature forest character of the wetlands without transferring ownership to a public agency in perpetuity. Conceptually, this would be an extension of existing private lands programs within the Michigan DNR from upland forests to lowland conifers, and it is not unlike more widely recognized U.S. Farm Bill conservation programs on agricultural lands.

Climate change will not affect the value of these lowland swamps to deer alone. Access to timber could change their economic value in the future. Natural regeneration or planting of conifers may not be as successful as in the past (Handler et al. 2014). Climate change does not make the job of a natural resource manager simpler (Stein et al. 2014). In this case at least, it is more complex. Just as everything changes with the first snowfall of the season, everything changes again with the last snowfall (Figure 6). 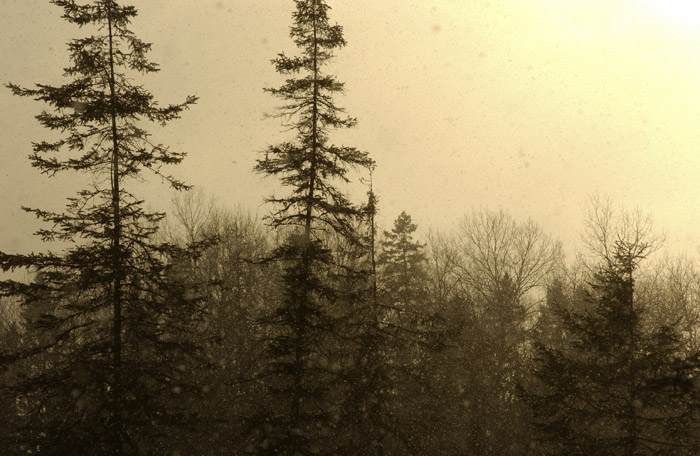 Figure 6. Climate change will not eliminate snow from Michigan’s ecosystems, but there will be less of it. This will affect northern Michigan ecosystems and economics in profound ways.