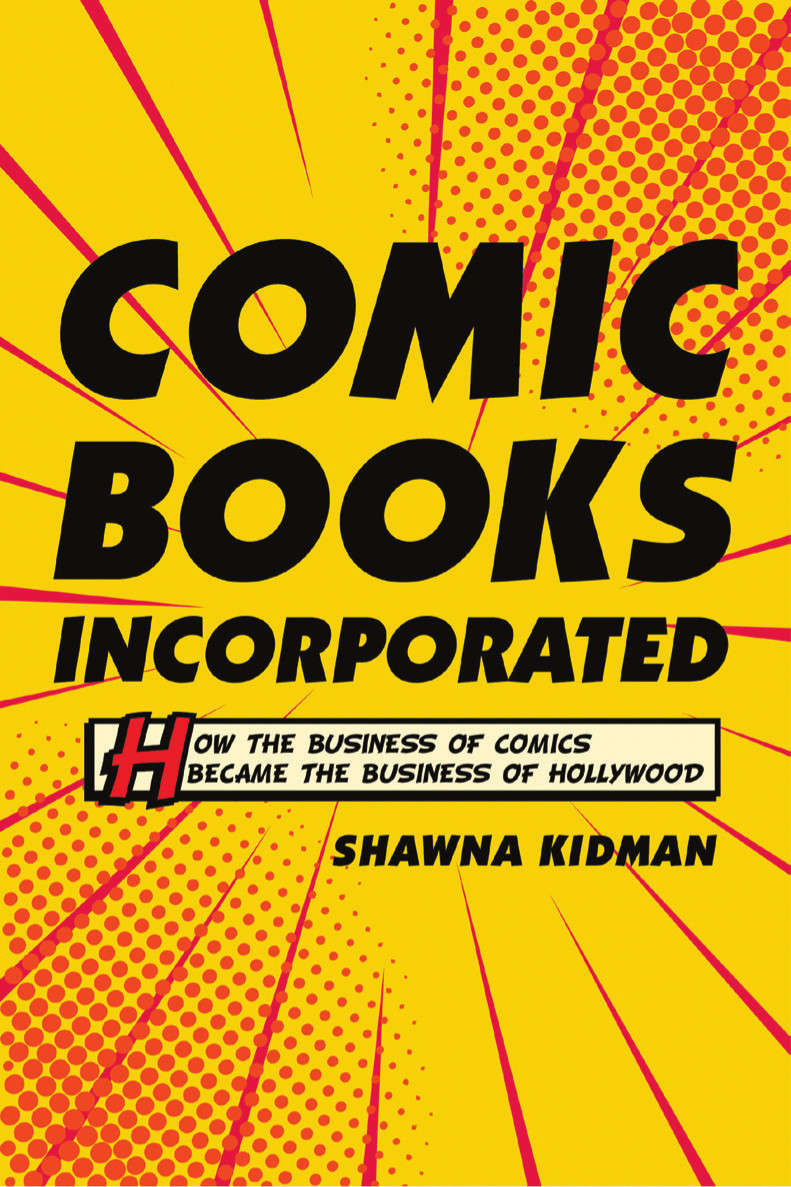 The past decade has seen a significant increase in film and media studies scholarship focused on Hollywood’s ongoing and seemingly unending obsession with comic book films. Books such as Wheeler Winston Dixon and Richard Graham’s A Brief History of Comic Book Movies, Drew Morton’s Panel to the Screen: Style, American Film, and Comic Books During the Blockbuster Era, and Liam Burke’s The Comic Book Film Adaptation: Exploring Modern Hollywood’s Leading Genre take up a variety of industrial and textual analyses of comic book films, variously focused on the history of comics and their form in relation to the shifting business practices of the film industry since World War II. Many of these books take a common and popular approach to the history of the medium and are heavily focused on the development of superhero comics and the major shifts in comic book content, creative practices, and subject matter alongside social and political history since the 1960s, a history that is very much in line with the work of Jean-Paul Gabillet and Bradford W. Wright.

What these earlier studies do not take up with as much a consideration is how the comic book industry’s business practices have aligned structurally over time with those of Hollywood’s, making comics ripe for exploitation as intellectual property (IP) in the conglomerate era. Enters Shawna Kidman’s Comic Books Incorporated: How the Business of Comics Became the Business of Hollywood, which traces how the American comic book industry developed business practices that maintained profitability after the initial collapse of the comics market in the 1950s, by exploiting copyright on popular characters and creating a niche market for fans. By examining the shifting economic structure of the comic book industry from the postwar period to the 2000s, Kidman teases out a new framework for understanding why and how comic book movies are so attractive to Hollywood in the twenty-first century.

The overall project of Comic Books Incorporated is to reposition the discussion of comics and its relationship to Hollywood by situating “the symbiotic tension between publishing and licensing and the paradox it creates”[2] for the industry as the center of focus. In so doing, the book offers an alternative and refreshing history of the medium that pushes studies of the media industries in new and exciting directions. Over five chapters, Kidman traces the ups and downs of the comic book industry from World War II to the 2000s, paying special attention to the way the industry has been shaped by and taken advantage of the development of copyright law, licensing rights, and internal and external market forces over that same period.

The first chapter, “Incorporating Comics,” firmly argues for rethinking what we know about the structure of the comic book industry by offering a “reperiodization” of its history. Wresting its major arcs away from the development of superhero comics in the Golden, Silver, and Bronze Ages, Kidman replaces them with three major periods in which licensing and copyright significantly altered the industry, rather than focusing on publishing trends as so much comics history does. Instead, Kidman offers “an establishing era (1933-1954), a phase of crisis and experimentation (1955-1988), and an age of institutionalization (1989-2010).”[3] This periodization, Kidman writes, offers “an unencumbered look at other facets” of the comic book industry, especially its everyday business practices, which are seen “as a determining influence on both the comic books themselves and the society that consumes them.”[4] The chapter also situates comic books as a “fundamentally and quintessentially . . . transmedial form,” with characters and stories having a long history of adaptations in other media, as well as the various visual and textual qualities of the comic book form itself that are shared with other media.[5] As a historical overview, this chapter more than delivers on its promise and is one of the most engaging, thoughtful, and erudite arguments for a new perspective I have come across in some time. Its strength is that it does exactly what a great opening volley in a quickly crowding field of scholarship should: It makes you want to read the rest of the book and see how this new way of looking at a familiar issue plays out within its framework.

Chapters 2 and 3 both cover familiar ground for comics studies: the 1950s moral panic over comic books, the disastrous congressional hearings for EC Comics publisher William M. Gaines, and the rise of the superhero books in the 1950s and 1960s at DC and Marvel. Instead of rehashing familiar material such as the popular mythology that censorship and regulation of comics caused a decline in sales and cultural status, Kidman demonstrates that the business practices of the industry itself created an environment in which collapse was inevitable. After tracing the development of the comic distribution market and its structure in the 1940s, the second chapter focuses on the late 1950s, which saw a severe deflation in the number of overall titles and publishers. It was in this “establishment era” that the importance of licensing and IP became self-apparent to comic book companies. At DC, characters like Superman and Batman represented exploitable IP that grew profits via licensing deals with television and other media as early as the mid-1940s. Within the comics industry, publishers like Dell and Harvey Comics were kept afloat for decades because of characters licensed from other media.

The importance of licensing in this era is tied to the rise of copyright law, especially concerning corporate ownership. Thus, the case of Siegel and Shuster and their constant campaign for DC Comics to recognize them as the creators of the company’s most lucrative property, Superman, are perfect for Chapter 3’s discussion of copyright law and the relationship between creative and corporate authorship. Again, the chapter takes something familiar and reframes its parameters. Kidman highlights how the Siegel and Shuster legal cases solidified DC’s ownership rights to Superman over time and offered DC an opportunity to use creative talent to achieve the ends desired by the company—in this case, creating a relationship with fans that acknowledged the aspects of comic books they thought were important.

All of this leads directly into the following chapter’s examination of comic book properties in 1980s Hollywood and the legitimizing of both comics and television programming via HBO’s adaptation of Tales from the Crypt. This was achieved through the dual development of the direct market and a dedicated base of hardcore fans who were loyal to specific properties and types of books. Around the same time, Hollywood began to realize that comic book properties have a certain level of cultural value that could be exploited. Although there were major superhero movies in the 1970s and 1980s, most notably Superman (Donner, 1978) and Batman (Burton, 1989), Kidman’s analysis demonstrates that Hollywood remained hesitant in developing big budget adaptations for much of the 1980s and 1990s, but that this began to shift not because of successes in film but rather in television. HBO’s adaptation of Tales from the Crypt raised the form’s profile in the eyes of film and television producers. The show lured talent away from film production to TV for the first time due to its anthology structure, but also by tying comic books to the growth of the first “quality television” discourse surrounding HBO’s programming.

The final chapter details Hollywood’s shift toward reliable IPs in the 2000s as the distribution landscape changed for film and the industry began facing many of the same issues that plagued comics a half century earlier. In Kidman’s assessment, “shifts in Hollywood’s financial infrastructure around the new millennium enabled a reassessment of the genre’s level of risk. Studio machinery—its accounting practices, exhibition strategies, marketing techniques, and internal organization—had evolved to better accommodate films of this nature.”[6] The licenses that had proven essential to the comic book industry for decades were now seen as inherently compatible with the needs of the Hollywood studio system, as evident in the glut of comic book movies on screens to this day.

Overall, Comic Books Incorporated does an excellent job of addressing relevant aspects of textual content in relation to Kidman’s framework. In particular, the discussion of EC’s cult status is given a different trajectory—much needed, in my opinion—especially with the analysis of HBO’s Tales from the Crypt as integral to the company’s ongoing relevance in comics culture and the legitimization of comics in the eyes of Hollywood. Kidman’s methodology provides a fresh and exciting contribution to our understanding of the relationship between comics and Hollywood in the twenty-first century.