The Society of Cinema and Media Studies currently has thirty-one Scholarly Interest Groups that organize academic conversation within particular subfields; however, none of these groups focus on sports media. The lack of interest in sports media is unfortunate, considering the outsized influence that sports has on the media landscape. In fact, the first commercial television broadcast was a baseball game between the Brooklyn Dodgers and Philadelphia Phillies.[2] Sports have been a staple of screens and the media industries ever since; and every major media conglomerate in the United States has vital relationships with major sports leagues. 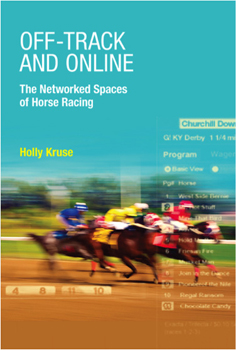 Victoria E. Johnson explains that the world of sports

represents a unique hybrid or articulation between network television’s traditional role as the site of “mass” audience, communal, national spectacle (television as the home of larger-than-life events presented with the best view possible) and the post-network era’s characteristic proliferation of content and its co-branded migration between media forms (from sport content’s contribution to video-game aesthetics, to its foundation of online fantasy leagues and its key role in the development of mobile/hand-held video delivery technology).[3]

Indeed, online-streaming sports coverage from Major League Baseball (MLB) and ESPN preceded Netflix’s landmark streaming media service. Additionally, MLB’s digital division (known as BAM) provides the hardware and the software that support many online platforms.[4] Scholars interested in the future of entertainment would profit from examining sports industries, as these industries are uniquely positioned to succeed in the era of ubiquitous screen entertainment.

Holly Kruse’s Off-Track and Online: The Networked Spaces of Horse Racing makes the case that horse racing in particular is a sport at the vanguard of digital convergence. Kruse is uniquely qualified to discuss this topic: in addition to her PhD in Communication from the University of Illinois at Urbana-Champaign, she also holds a Certified Equine Administrator degree from the Equine Industry Program at the University of Louisville. Kruse’s passion for horses and the horse racing industry is evident throughout the book, as she chronicles the changes in the industry since the advent of digital technology.

The horse racing industry incorporated networked technology as early as 1913 with the invention of the odds calculating totalizer machine. Kruse notes that this technology automated the calculation of odds and effectively resulted in the crowdsourcing (pari-mutuel betting) of racing odds. The horse racing industry’s evolution in the face of network technology provides the rest of the entertainment industry with lessons regarding the formation of “media publics” and entertainment spaces. As she describes this evolution, Kruse recognizes the media habits of often-overlooked demographics, including the elderly and gambling communities. The latter group is especially intriguing given the way that media studies scholars have embraced the analysis of fan communities. Studying gamblers offers an opportunity to examine the relationship between fans, media, and financial capital. According to Kruse, online gambling is a $41 billion industry, yet it remains understudied by media scholars.

Kruse investigates an important subject from a variety of angles. Each chapter provides a history of horse racing and networked technology within a particular space of the industry; topics covered include the ticket window, racetracks, off-track betting venues, the media ecosystem, the domestic sphere, and online fan communities.

The book’s structure allows Kruse to present the history of horse racing within academic traditions of media studies, industry studies, and spatial studies. The history is fascinating, though at times the amount of historical description obfuscates the larger conclusions and significance promised in the introductory chapter. For example, in chapter five Kruse provides a fascinating description of the rise and regulation of online gambling. She points out how the globally networked nature of the internet complicates the policing of online gambling. Paradoxically, the existence of gambling operations outside the US has hurt the horse racing establishment while at the same time maintaining interest in the sport.

These observations are valuable and point to larger issues of regulatory difficulties and global competition, but Kruse does not provide a more ambitious argument or investigation of the implications. She misses the opportunity to apply her knowledge of horse racing to comment on the proposed solutions and philosophies of new media scholars involved in studying the relationship between networked communication and the legal system (e.g., Lawrence Lessig).

Aside from this critique, Kruse provides a noteworthy history of how a robust horse racing industry adapted to the digital era. As the second chapter points out, the industry has been dealing with the implications of digitization for more than a century. The establishment of off-track betting locations in the 1970s created a virtual audience of bettors and changed the way participants thought of space and place. The arrival of online gambling sites has amplified the challenges presented by off-track betting. Betting behavior has evolved along with the technology: many gamblers watch bets from around the world, affecting racing odds. The fluctuating odds represent public perception; perceptive gamblers, like stock analysts, can capitalize on undervalued horses. Thus, networked technology has changed how fans of horse racing understand their position in relation to the larger gambling public.

Chapters six and seven describe the ways that networked communication technologies connect to issues of gender within the horse racing community. Kruse examines the spatial politics of the private sphere in chapter six, arguing that online gambling “remasculinizes” the traditionally feminine domestic sphere by offering a form of control over the television viewing experience. In chapter seven, Kruse conducts an analysis of an online community of female horse racing fans, finding that their camaraderie developed into political action through their fan-made “tribute videos” and coordinated social network investigations of animal abuse. Each chapter deftly integrates a few key theories that establish precedents for Kruse’s specific findings.

Particularly laudable is Kruse’s exploration of how the horse racing industry has dealt with the many concerns of our digital age. In chapter two, for instance, Kruse provides an example of a case of hacking in the horse racing industry. In this case, a person who understood the weaknesses of the networked betting system attempted to manipulate it. This example reminds us that even though networked systems are capable of impressive automation, they are also vulnerable to people with intimate knowledge of their operating procedures.

Similarly, Kruse demonstrates that periods of technological disruption are followed by moments of consolidation. In chapter five, she explains how the convenience of online betting hurts racetrack attendance, which has caused racetrack owners to consolidate. Kruse’s depiction of this consolidation process is comparable to Robert McChesney’s description of the journalism industry’s reaction to online competition in his book Digital Disconnect: How Capitalism is Turning the Internet Against Democracy (2013). It would be useful to know if Kruse shares McChesney’s political economic understanding of digital technology. Kruse’s discussion in this chapter is more focused on describing the industry than on providing a totalizing theory.

Overall, this book is a unique examination of the horse racing industry and its place at the forefront of networked communication. Kruse’s description of horse racing culture convincingly positions gamblers as an influential group in a networked society. It is important to celebrate books like Kruse’s that highlight the relevance of sports in media studies. As media industries continue to serve niche communities, sports fans (and gamblers, for that matter) represent valuable and dynamic groups that are helping to establish the norms of online commerce and entertainment.

Copyright © 2016 (Ethan Tussey). Media Industries is an open-access, peer-reviewed, online academic journal. As such, we aim to participate in the open exchange of information. This work is licensed under a Creative Commons Attribution Noncommercial No Derivatives (by-nc-nd) License. Under this license, this work is available for sharing and noncommercial distribution provided the appropriate attribution is given.