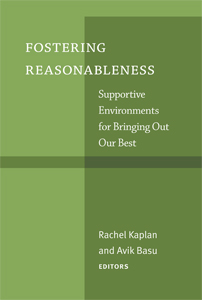 These are inspiring chapters. Each shows surprising ways to find, develop, and draw on talents that frequently are not only neglected but assumed to be absent. Leveraging such talent can lead to remarkable waves of benefits. It can bring out the best in the individuals who discover strengths they had not realized they possessed, the people whose lives they touch, and the communities that are impacted by their actions and in unknowable ways that their stories carry with them.

The underlying purpose of the organization that Lisa Bardwell discusses is to enhance youths’ capacity to initiate change in their own communities. Individuals from a combination of formal and informal educational institutions are brought together to enable the youths’ learning to become effective change agents. As such, the talents of these adults are also a core capacity that the organization fosters. The focus of the chapter, however, is the challenge of instituting change in an organization that is itself about change and enabling individuals who hold leadership positions to engage in a different leadership model. Bardwell shows us how all three domains of the Reasonable Person Model (RPM) play crucial roles in the process.

Tom Gallagher presents a program whose scale of influence has been astounding. Many thousands of citizens in rural portions of Oregon have been transformed into people who know how to make a difference in their communities and have done so. Their hidden talents have not only been honed, but they have also become leaders in enabling further talents to be discovered and nurtured.

The program that Rebecca Ginsburg and her associates developed lays bare our assumptions about people who spend many years behind prison walls. Through the Education Justice Project, many of these incarcerated men have demonstrated their capacity as leaders, as teachers, and as compassionate humans. Despite the constraints imposed by institutional bureaucracies, these inmates have found meaning in their lives and helped bring out the best in their fellows.

The three chapters differ in many respects. They entail widely different contexts, and the demographic characteristics of the individuals engaged in the process are totally dissimilar. The missions of the organizations are distinctive. The kinds of talents that are leveraged are diverse. However, the chapters also have some exceptional similarities exemplified by the leadership of the individuals whose efforts have been the key ingredient in these success stories. The three authors have served as the directors of the program they discuss. As they tell us, their leadership approach, consciously or implicitly, has been guided by RPM. They have a deep understanding of how supportive environments help achieve their goals and how to create such supportive contexts that, in turn, foster leadership in others.

Although focused on the challenges of achieving change in a nonprofit organization, Lisa Bardwell’s chapter also shows the ways that RPM can be useful in capacity building and effective leadership in a wide range of contexts. Her emphasis on extending notions of success and celebrating both small wins and disappointments draws on the intersection of all three of RPM’s domains.

While the Oregon experiment that Tom Gallagher presents here is far from a small experiment, it builds on many such efforts both at the scale of the institute and its philanthropic founder and in terms of the thousands of individuals who have benefited from the program and have, in turn, benefited their rural communities.

Rebecca Ginsburg’s chapter at one level is about educational opportunities in the prison context. However, the chapter gives us insights at many other levels as well. Here we learn of incarcerated men who serve as teachers in a program that they proposed because of the needs they saw for fellow inmates and who, in turn, find their experience so deeply meaningful that they are willing to forgo some of their own hard-earned resources. In the process Ginsburg shows us how the RPM framework helps explain that even in such a difficult context, one can bring out the best in people.