The capacity for developing and purchasing medications and medical services has outpaced the mechanisms of distribution. That challenge is particularly vexing in economies in which transport and communication infrastructures are weak, distribution is costly, and human resources are insufficient. Simply giving the products away can be ineffective or, worse, counterproductive if it undermines the ability of commercial sellers to distribute the product. Numerous public–private sector models are being tried to strengthen healthcare delivery in under-resourced countries. Such a project is being undertaken by the Stephen M. Ross School of Business at the University of Michigan, the U-M Medical School, and a small hospital in Fort Portal, Uganda,[1] funded by the William Davidson Institute at the University of Michigan.

Virika Hospital, a private not-for-profit hospital, is located about four hours west of Kampala, the capital of Uganda. Private not-for-profit hospitals account for about 33 percent of the health care work force in Uganda. Virika is one of three hospitals in Fort Portal (population 40,000). Last year, about 26,000 patients were treated at Virika, which offers 135 inpatient beds plus an outpatient department (OPD).

Virika’s mission to serve the poor in its rural location poses a significant challenge, due in part to unreliable external funding. The initial collaboration with Virika Hospital in Uganda builds on three principles developed in work with Aravind Eye Care System in India and other institutions in emerging markets: cross-subsidization, focused care, and a collaborative approach.

Financial sustainability through cross-subsidization requires focusing on revenue generation from a subset of customers able to pay a higher price, developing a package of services for which that customer group will be willing to pay, and generating sufficient revenues from this group to supplement the loss incurred from the rest of the customer base. Since 1976, Aravind Eye Care System has pursued a mission “to eradicate needless blindness” by offering both free and paying services. This cross-subsidization generates a surplus that is used to finance growth.

Within Fort Portal some individuals and institutions are able to pay a higher price for services, but this has not been a focus of the Virika Hospital staff or leadership. Instead, when asked about the hospital’s inability to cover costs, Virika staff will point to inefficiencies and productivity losses. While those are important, our research suggests that greater benefits can come from emphasizing revenue generation. Virika’s staff estimates that 7 percent of patients are private-ward (high-price) patients. If true, increasing that percentage to 8.5 percent would have the same impact as reducing the operating costs by $55,000. Increasing the percentage of private-ward patients to 30 percent, a number closer to that achieved at Aravind, would require increasing the revenue generated per paying patient by about $32 per year, about one-quarter of what would be required at the current rate.

Once identified, the higher-income customer group must be offered a package of services for which they are willing to pay a higher price. From Aravind, we know that services can be structured such that customers will self-select either a free or paying service (even where the actual clinical quality is the same for both). Virika is now developing packages that include appointments and more comprehensive services for this subset of customers.

Finally, the revenues generated from the high-priced customers must be sufficient to subsidize the costs of lower-priced clients. Much of the challenge with respect to the high-priced customers is changing the priorities of a mission-driven organization. At Virika, some patients who asked to be placed in the private ward have been sent to the general ward by mistake because paying patients were not a priority for the staff. In other instances, patients who received private-ward services were not charged for them by the cashier. Even the Uganda Catholic Medical Bureau (UCMB), the umbrella organization that oversees one-third of the private not-for-profit hospitals in Uganda, tracks revenues per services and commends hospitals that lower this number (lower charges mean increased utilization, which is considered a surrogate for meeting the hospital’s mission). The UCMB leadership understands that an increase in revenues per patient can improve long-term access by increasing the hospital’s ability to cover costs—and thus survive. Nonetheless, the fact that UCMB tracks and reports this number without any adjustments reinforces a certain disregard for the paying population.

Potentially, revenues from low-priced customers may also be increased, thereby decreasing the burden placed on high-priced customers. The World Resources Institute reports that the average household expenditures on health care for the population in the base of the pyramid in Uganda was about $48 per year[2]—a substantial sum for a hospital whose average revenue per patient was less than $16 per year in 2006. Further support for the ability of the low-priced population to pay can be found in a detailed study of Virika’s “Debtor’s book,” which shows that, contrary to Virika’s expectations, only one percent of the patients fail to pay.

The provision of health care is largely a fixed-cost business. Aravind shows that a single service can cover those costs, paving the way for the provision of other health care services that can be tacked on at a relatively limited incremental cost. Indeed, Aravind’s success arguably stems, in part, from its focus on a single service: eye care. This focus improves both productivity and the ability to generate revenue. Aravind is as much as 10 times as productive as other eye hospitals. Part of this is because of the productivity edge over other hospitals that may have other goals, but an important part of their success is the motivation of employees to pursue their mission of “eliminating needless blindness.” In a 2003 survey, Aravind doctors listed the mission of the hospital as the single most important motivating factor. From a revenue perspective, a focus on specific services increases the ability to charge a higher price to those customers who can afford it, as required if cross-subsidization is to work. The fact that a customer group can afford to pay a higher price means that it also has choices. A focused service that allows the hospital to develop expertise that others cannot match is essential to a financially sustainable model.

While not focused on a single service, Virika’s leadership has identified three clinical areas of focus: surgery, maternity, and outpatient services. Maternity is at the heart of Virika’s mission, and Virika has a comparative advantage in surgery since it is among the few hospitals with a trained surgeon. Uganda, a country of 28 million people, has only 75 general surgeons nationwide, though all medical officers (i.e., physicians) have some limited surgical training and provide basic surgical support.

The last principle may be the single most important: this project is a collaborative effort of the U-M Medical School, the Ross School of Business, and Virika Hospital. The ideas come from all three entities, and each learns from the others, but ultimately the solutions must come from the local institution. The Medical School and the Ross School play a supporting role, taking on projects and providing input as requested by the local institution. 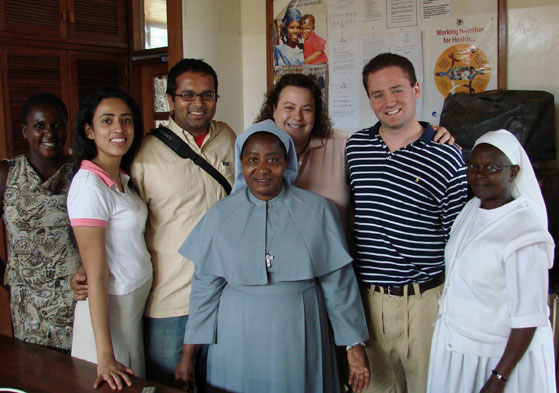 This project differs from many others in that it begins at the hospital level instead of a national, or worldwide, health policy level. The experiences with individual hospitals will, it is hoped, lead to principles that can be generalized to others, while not losing sight of the unique challenges of each institution. For example, although much of the discussion above focuses on revenue generation, it is understood that revenue generation is not an independent goal for a mission hospital. Instead, revenue generation, where possible and appropriate, is one means of promoting access and quality of care. Whether or not the collaboration succeeds in furthering such goals will be determined by the answers to two questions: Is Virika able to become financially self-sustaining while continuing to serve its mission, and how effectively can the lessons learned be transferred to health care delivery elsewhere in Uganda and in other emerging markets?

Paul S. Clyde is Adjunct Professor at the Stephen M. Ross School of Business, Academic Director of the Evening MBA Program, and a Research Fellow at the William Davidson Institute. He is currently working on a WDI-funded project with the U-M Medical School and Virika Hospital in Uganda.

William E. Chavey, MD, is Associate Professor of Family Medicine at the U-M Medical School, and is Co-Investigator of a grant from WDI on Health Care Development in Emerging Markets.