Only a handful of scholars have discussed Metropolitan, and even fewer have sounded its mystery.[1] The film implies its own “apparent inconsistencies” as a whole in Audrey’s reflections upon her would-be boyfriend.[2] To bring the puzzles of Metropolitan to light, we should focus, therefore, on Tom Townsend, who embodies the film’s very purposeful reserve.

Consider what Tom’s name portends. “Thomas” means “twin” in Aramaic. As we shall see, Tom is symbolically Nick’s twin. “Townsend” is a rare toponym indicating “residence at the extremity of a city,” and Tom indeed dwells on the far opposite end of Manhattan to his Upper Eastside friends.[3] But why was Tom’s ancestor surnamed relative to an urban center rather than after his character, say, or his profession? 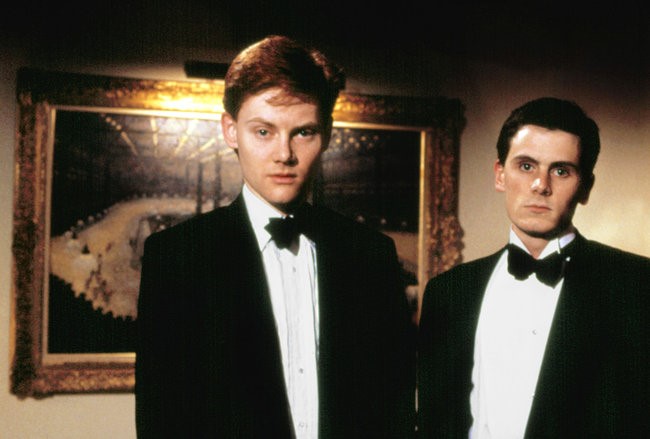 Tom spends the first evening sitting alone at a society ball. Could he be making a study of upper-class ritual? Is Tom a whilom insider ambivalent about returning to society? In any case, why be silent?

More puzzling is Tom’s seeming “always already there.” Dialogue in one early scene begins with Sally asking Audrey for a reminder: “What’s his [Tom’s] name again?” That the scene begins pointedly en medias res and with a request for a clarifying repetition symbolizes uncertainty about Tom’s origins. “He looks familiar,” Sally muses. Later, Audrey asserts she already “[knows Tom] very well.” Jane is stunned, but Audrey insists. What Jane doesn’t know is that Audrey has had a kind of “pre-crush” on whoever was writing intellectually passionate letters to Serena. (Tom is “Pomfret.”)

Tom is “always already there” in order to free him from our suppositions. Oh, Tom is an outsider: “That explains it,” Nick crows; “a Westsider is among us” (169). Oh, Tom is an insider: “So you had a trust fund,” Nick is no less content to observe; “The pieces are...fall[ing] into place” (226). In fact, they never do.

Metropolitan wants us to accept Tom’s silence as silence tout court. Tom isn’t giving anyone “the silent treatment”; he just doesn’t say much (180). Tom may have “a lot of reasons” for his quietude (as he does for avoiding cabs) (158), but he can’t be pressured into giving those reasons away, nor can he be buried under assumptions.

Tom is also an ideal window for us in his openness to experience. In spite of much prejudicial study, Tom never clings to aristophobia. Tom admires Veblen and Fourier but is “[amazed] to see [society] at first hand” (162). Likewise, Tom admits to Audrey he has never read Austen’s novels, only Lionel Trilling, but, when he does read Persuasion at her behest, he “liked it...[He] was surprised” (224). Tom is “surprised” or “amazed” numerous times while no other character is.[4] 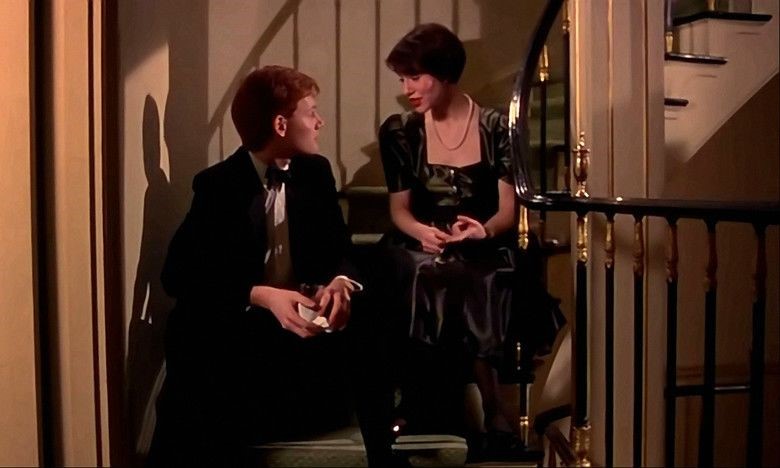 Tom’s openness is hopefulness, which stands out amidst the pessimism. Nick “always assumed [he] would be a failure anyway” (182). Charlie spins decline-and-fall theories, but, when presented with evidence that some UHBs (Urban Haute Bourgeoisie members) do succeed, rather than adjust his theory, Charlie cancels the new data: “I wonder whether [the ones who avoided failure] were typical UHBs” (262).

Even worse than by class-pessimism, Metropolitan is haunted by absent fathers. Jane’s father is dead. Audrey’s mother appears in the film but never her father. Tom’s estranged father has never called him. Clearly, “[d]ead [or alienated] fathers are a common problem” (164), but Nick takes up the mantle of fallen fathers, maintaining UHB “ideals and standards” (248). Upon Nick’s quasi-fatal departure (“very possibly to be killed” [247]), Tom fulfils his destiny as Nick’s cross-town “twin” and new group-father. “Who is this guy?” Rick sneers at the new Tom; “Some Nick Smith impersonator?” (242). 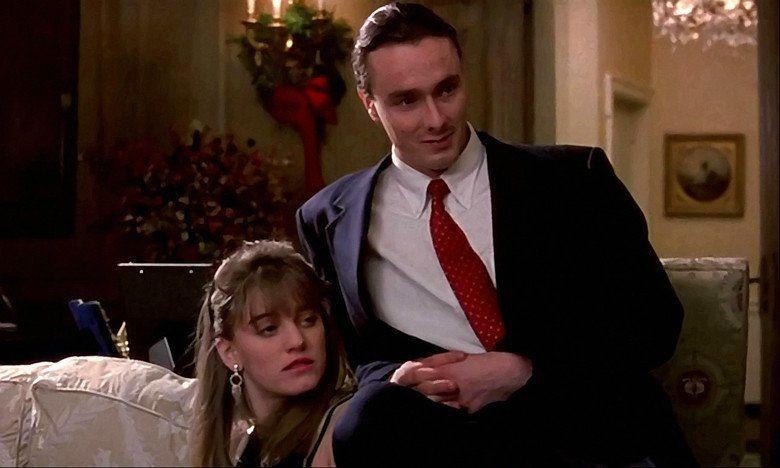 Tom is inspired to continue Nick’s crusade against Rick, “one of the worst guys of modern times” (246). Tom pursues Rick and Audrey even to Rick’s room in The Hamptons. Rick’s thugs try to pin Tom’s arms, but, at the last minute, Tom produces a Derringer pistol associated with Nick and frightens them off. Audrey is “liberated”; Tom wins the crusade initiated by his twin/father. 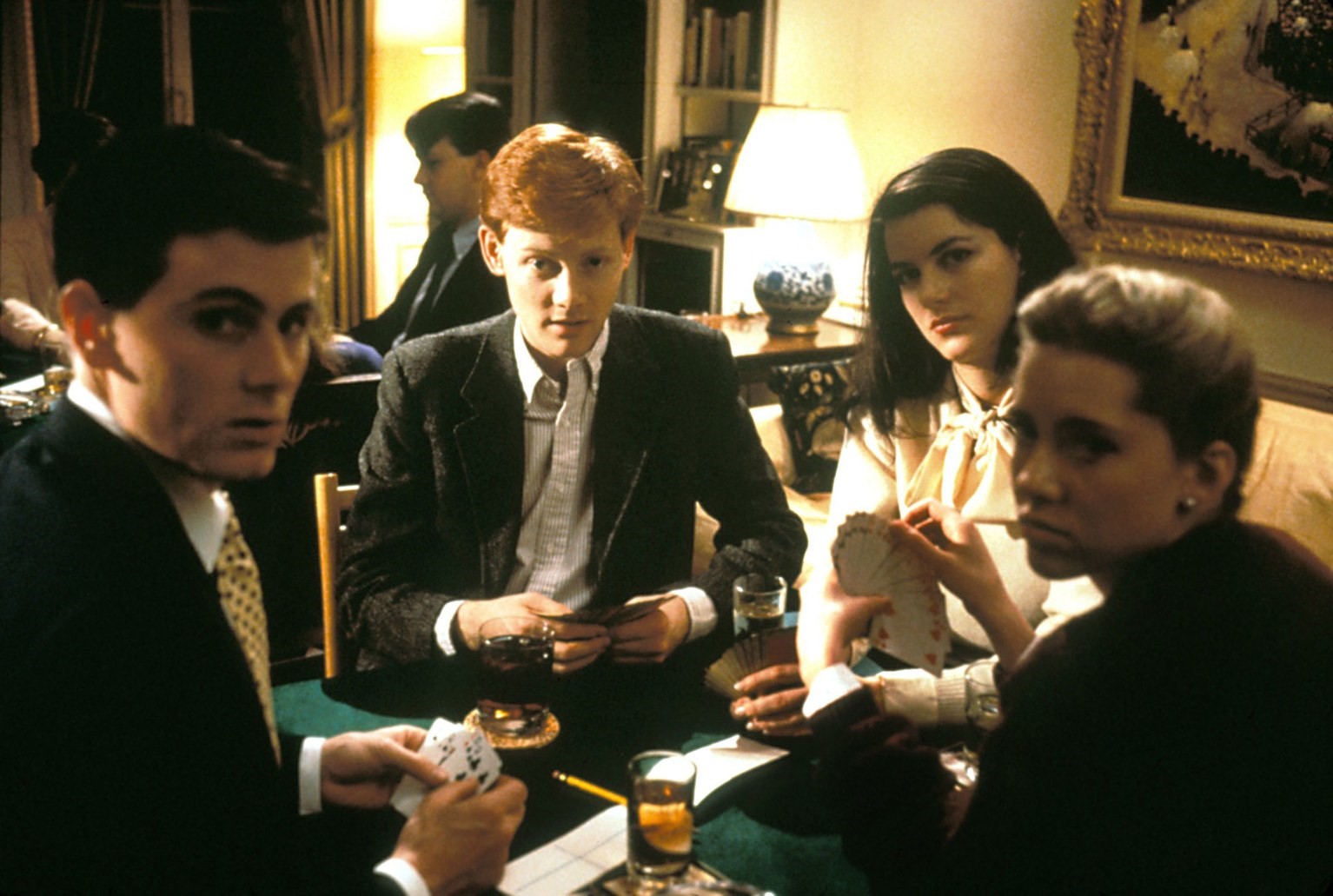 Tom’s reserve has prevented us from “seeing through,” but what do we see when we see the UHB clearly? The UHB’s fundamental decency: inter alia, its innocent, embattled ritual of “coming out,” its understated dress, its relative support for serious thought, its generosity and openness to strangers, “hot, nutritious meals—all at no expense to you” (as Nick kindly points out) (183). If we enter Metropolitan, like Tom, a little cynical about debutants, we surely finish sympathetic—maybe even prepared for a crusade of our own.

Jesse Foster-Stout is an independent scholar based in Melbourne, Australia. He studies films, modern history, and the British Romantic novel.