In 2003, at the height of his commercial success, Steven Soderbergh helmed the short-lived political drama series, K Street for HBO. Each of the series’ ten episodes was filmed within days of its airdate, allowing for the incorporation of current events into its mostly fictional plotlines, centered on the employees of the fictional Washington D.C. lobbying firm, Bergstrom Lowell. The series is memorable for its parade of real-world politicians and wheeler-dealers whom Soderbergh culled to interact with his cast, led by James Carville and Mary Matalin as hyperreal versions of themselves. Viewed today, this “parafictionality” is somewhat less engaging than the series’ structuring narrative driven by the machinations of the firm’s owner, the hypochondriac, agoraphoba NYC billionaire, Richard Bergstrom (Elliot Gould).[1] Alongside Terry Valentine (Peter Fonda in The Limey) and Liberace (Michael Douglas in Behind the Candelabra), Bergstrom is one of Soderbergh’s greatest villains, a bored megalomaniac who, for fun, embroils his employees in a faceoff with the FBI over the suspected terrorist connections of their key client, “The Council for Mideast Progress,” an organization he himself created out of thin air. 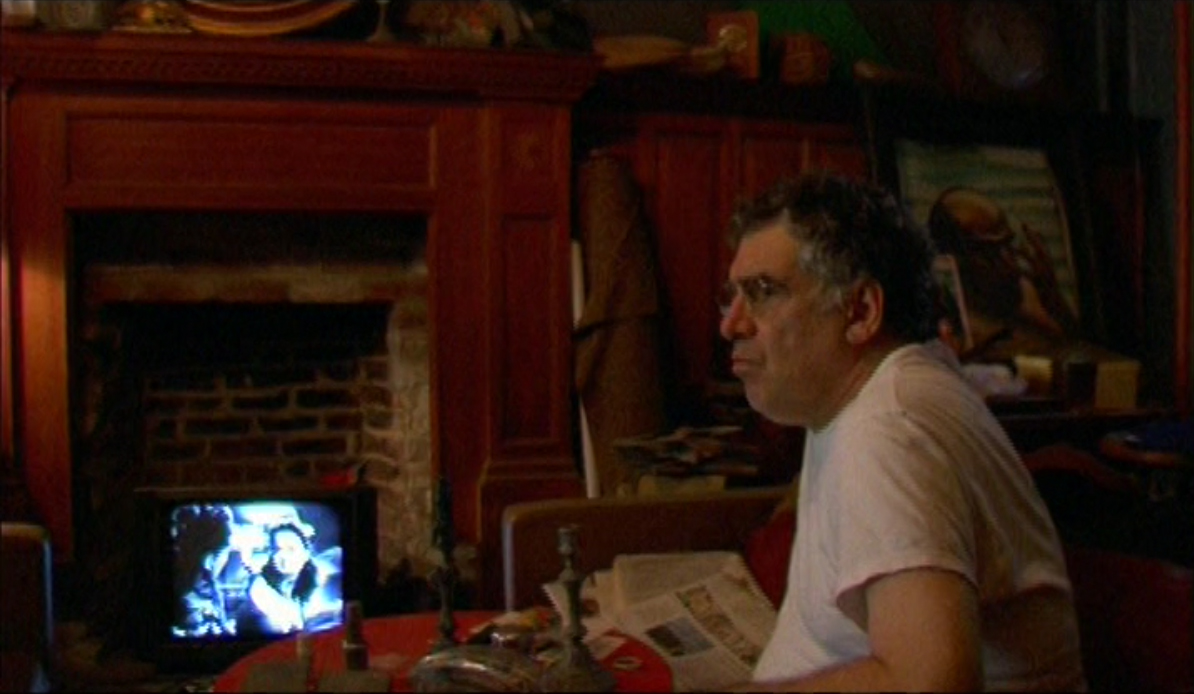 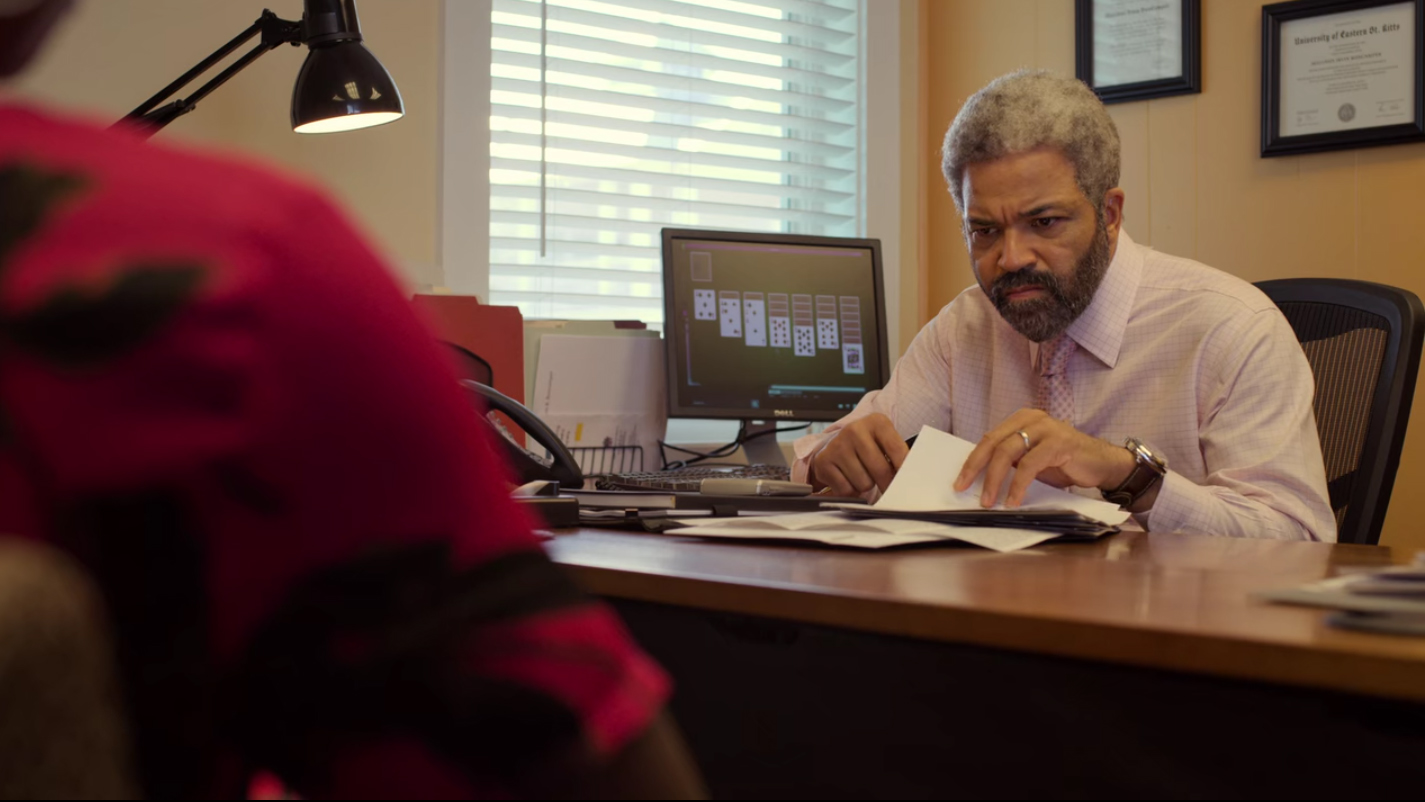 Akin to K Street’s Bergstrom, a pathetic figure also appears early on in Soderbergh’s The Laundromat (now on Netflix). We first meet Irvin Boncamper (Jeffrey Wright) ducking phone calls in his spartan office digs on the island of Nevis. He is the director of “United Re-Insurance,” as phony an outfit as Bergstrom’s Council, a link in a chain of shell companies protecting the world’s wealthiest people from “unfair scrutiny.” Whereas Bergstrom passed his days watching Mildred Pierce on an endless loop, Boncamper seems addicted to computer solitaire. The scene of Boncamper’s arrest at the Miami airport suggests an alternate ending to K Street, which actually ended with Bergstrom, now calling himself “M. Pierce,” eluding capture and disappearing into a crowd at Ronald Reagan National Airport. As far as the audience’s thirst for justice is concerned, however, Boncamper’s arrest is no more satisfying than Bergstrom’s escape; whereas K Street responded to a post-9/11 climate of hostile suspicion toward potential “enemies of freedom,” The Laundromat illuminates an omnipresent network of corruption essentially unruffled by the downfall of any one individual. 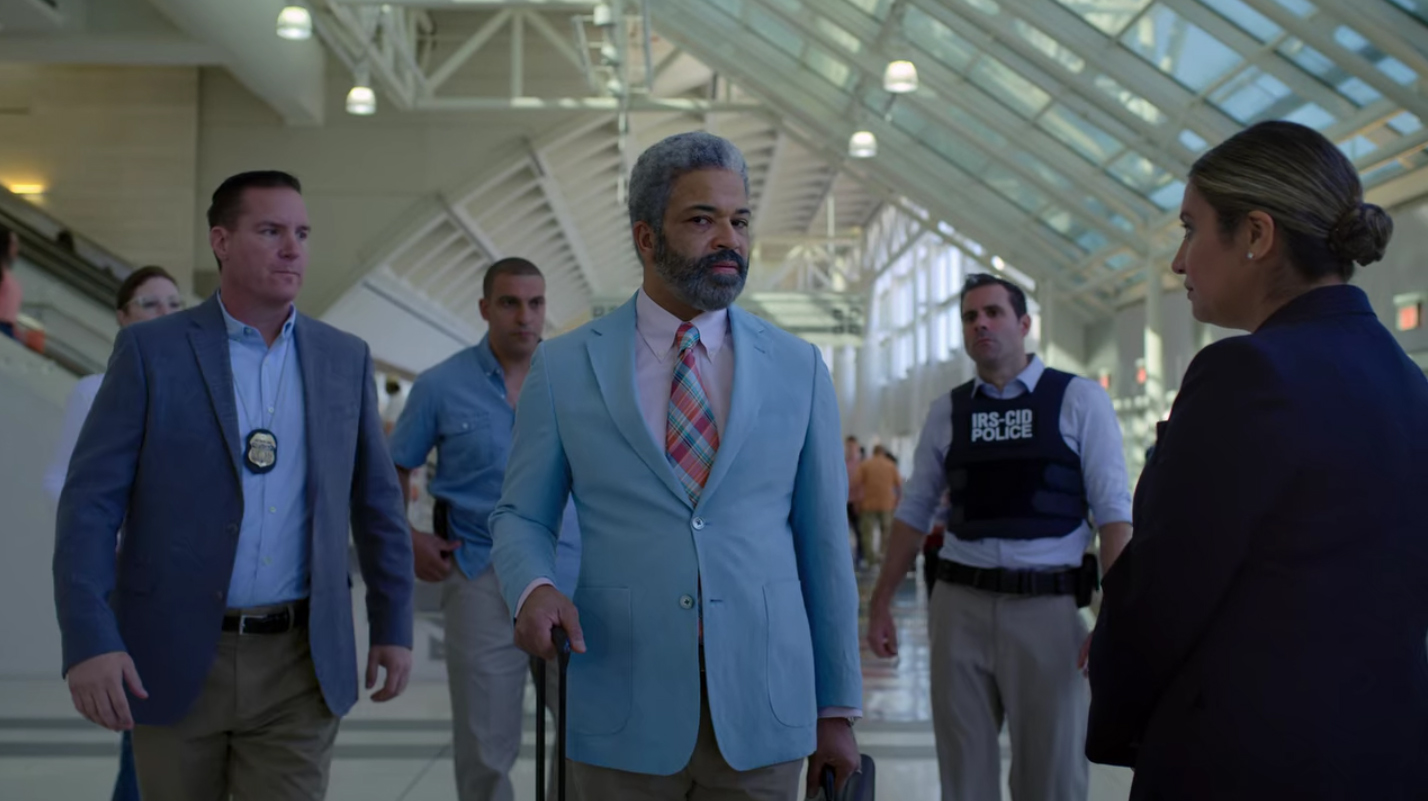 Figure 3: Boncamper is taken into federal custody after landing in Miami.

The Laundromat is a bracing refutation of the work of Aaron Sorkin, the screenwriter-“auteur” of ABC’s The West Wing (1999-2006), whose televised take on American politics briefly coexisted with Soderbergh’s. While The West Wing (and later works like The Newsroom) limned stories of liberal triumph and American indomitability in Sorkin’s typically didactic, speech-heavy style, K Street’s verité approach ran on opacity, discontinuity, and rank cynicism. Benefiting from a larger budget, several of the world’s biggest movie stars, and some of the most advanced video technology available, The Laundromat hardly equates immediacy with crudity. Yet the very first shot nastily appropriates Sorkin’s famous stylistic tick, the “walk-and-talk,” in which a tracking camera maintains visual interest as one character lectures to an audience surrogate. But as Soderbergh’s interlocutors, nefarious law partners Jürgen Mossack (Gary Oldman) and Ramón Fonseca (Antonio Banderas), guide us through the “History of Money” from bartering cavemen to the invention of credit, they break two of Sorkin’s cardinal rules. They demolish the cinematic illusion by refusing to pretend they are not actually talking to the audience. And, their simplification of complex ideas does nothing to assuage our feelings of political impotence. On the contrary, by the film’s end, we will be duly informed, “the system of checks and balances has failed, and instability could be just around the corner.” 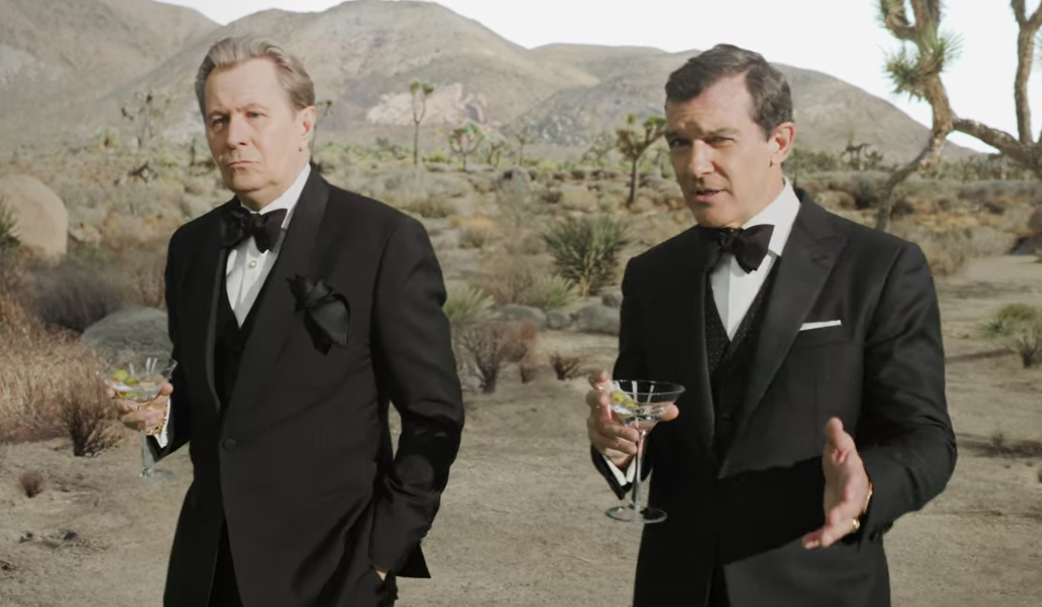 Figure 4: Mossack (Gary Oldman) and Fonseca (Antonio Banderas) are our tour guides through the “History of Money.”

In the next scene, the film’s putative heroine, Ellen Martin (Meryl Streep) is introduced as a underdog everywoman, as if she stepped out of a Sorkin script. She and her husband, Joe (James Cromwell) explain the derivation of the word “posh” to their Lake George tour boat companions: “port out, starboard home. P-O-S-H. It’s an acronym.” This is precisely the sort of impressive trivia recall that Sorkin frequently equates with saintliness, as in the figure of President Josiah Bartlet, who in The West Wing’s fourth season roundly defeats his Republican challenger as soon as his debate performance reminds voters of his verbal dexterity. In The Laundromat, however, this display of intellectualism does nothing to prevent the wave that, seconds later, capsizes the boat, resulting in twenty-one deaths, including Joe’s. Ellen will soon learn that her expected insurance payout—from a company revealed to be a shell within a shell within United— will not be forthcoming. 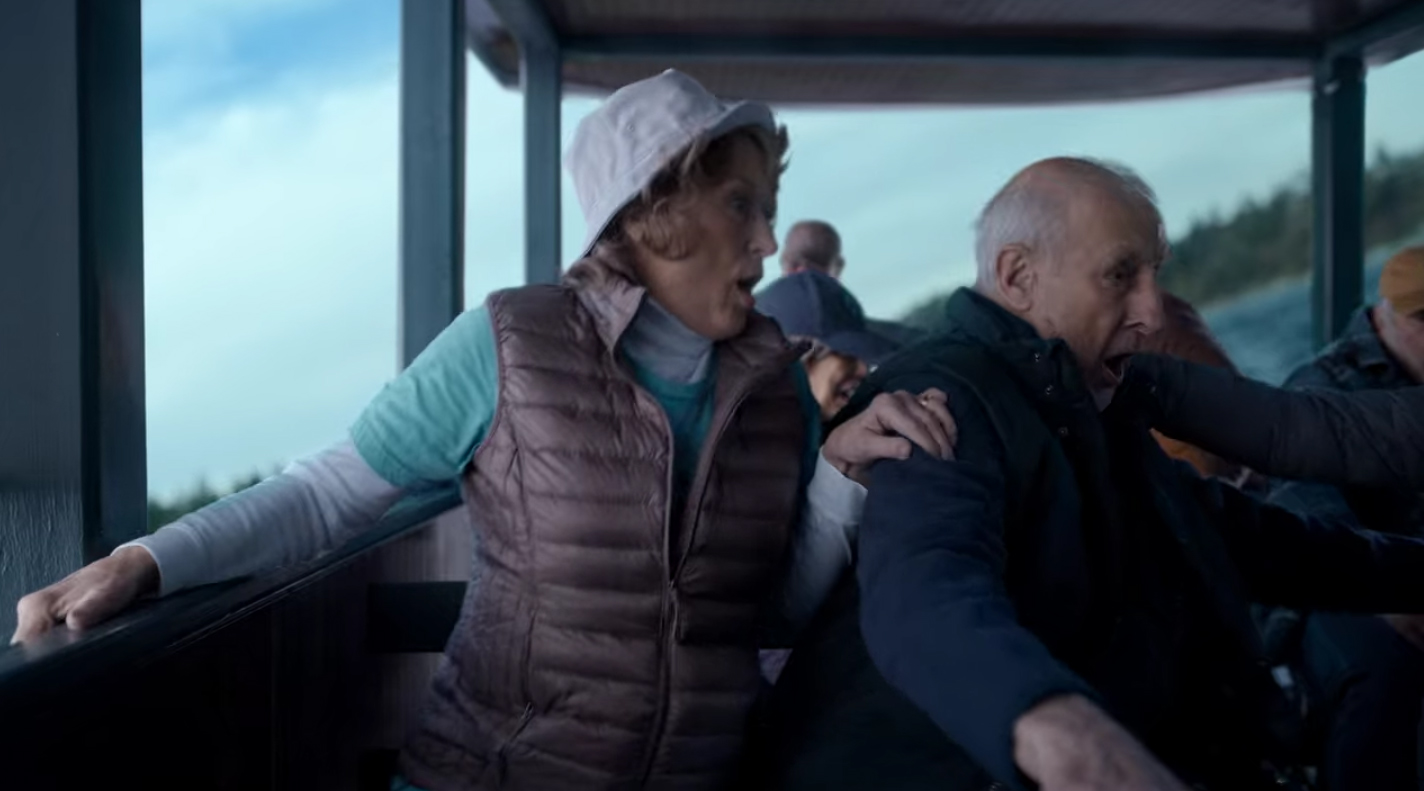 Rather than stick to Ellen’s David-and-Goliath fight against corporate malfeasance, The Laundromat reveals itself to be an omnibus work in which a series of blackly comic skits and conceptual doodles are just barely linked by the narration of Mossack and Fonseca, whose Panamanian law firm is a facilitator of innumerable instances of fraud and tax avoidance. The film has been dismissed as awkwardly didactic by many reviewers, who apparently prefer their political parables embodied by superheroes and space pirates who at least have the decency to leave the fourth wall intact.[2] [3] Soderbergh has often been labeled a “Godardian” filmmaker, and as Mark Gallagher notes, this comparison is rarely supported by any references to specific moments in Godard’s stylistically varied career.[4] Yet for all its gloss and star power, The Laundromat evokes, for me, Godard’s “societal x-ray” films like Numero Deux (1975), in which underrealized fiction clots with documentary, abstraction, and ruminative direct address. Soderbergh himself never appears in The Laundromat, but at one point Mossack mentions that the film’s director owns five companies which pay no state income taxes. In a clever pirouette on the Auteur Theory, Fonseca chimes in, “Even our writer has one!” If the film’s final shot is not quite the equal of “Eve Democracy” (Anne Wiazemsky) being lifted by crane in One Plus One (1968) it delivers as rude and vital an image as has appeared in any recent American political film not directed by Spike Lee. 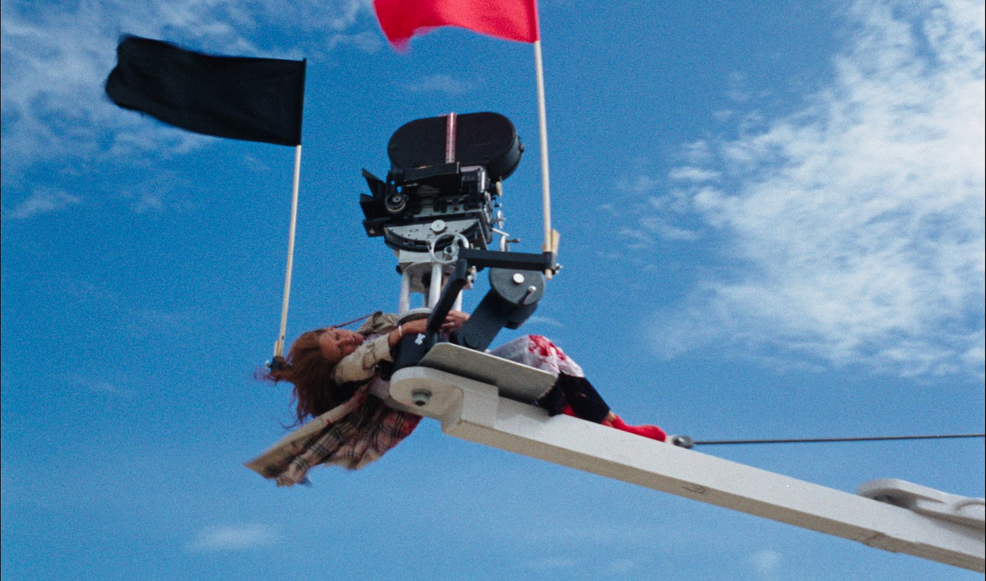 Figure 6: Anne Wiazemsky is Eve Democracy at the end of Jean-Luc Godard’s One Plus One. 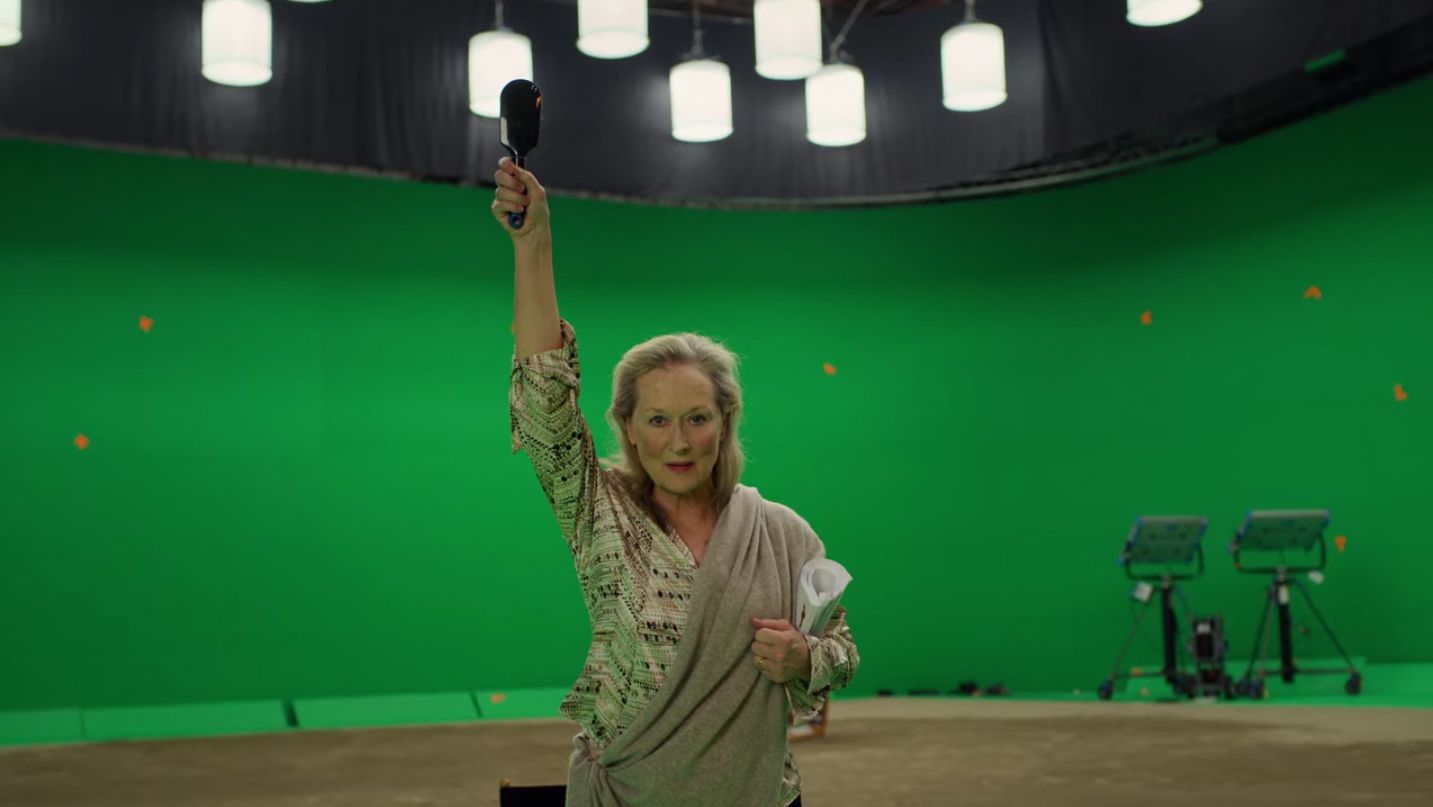 Figure 7: Meryl Streep is Lady Liberty at the end of The Laundromat.

Ryan Sherwood is a Ph.D. candidate in English Literature and Cinema Studies at the University of Illinois at Urbana-Champaign. His forthcoming dissertation examines contemporary television authorship outside the “showrunner-as-auteur” model.