Film Criticism
The role is a consumption of power. It locates one in the representational hierarchy, and hence in the spectacle; at the top, at the bottom, in the middle—but never outside the hierarchy, whether this side or beyond it...No matter how much or how little limelight a given role attains in the public eye, however, its prime function is always that of social adaptation, of integrating people into the well-policed universe of things.
—Raoul Vaneigem[1] 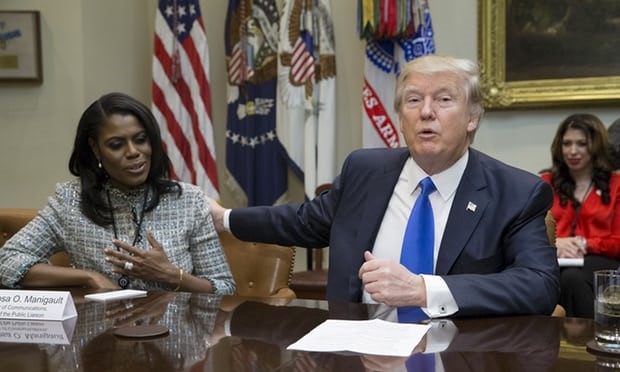 From The Apprentice to the White House

So it’s come to this.

In February 2016, CBS president Les Moonvees assessed the Donald Trump presidential campaign by proclaiming, “It may not be good for America, but its damn good for CBS...The money’s rolling in and this is fun.” Taking a cue from the Trump playbook, in October 2016 Moonvees dismissed the telling comment as “a joke.” A month later, the joke became the President of the United States. For the Celebrity Big Brother (CBB) run that aired on CBS from February 7-26, 2018, the former three-time contestant from The Apprentice and subsequent Trump White House staffer Omarosa Manigault-Newman was named as a late addition to the cast. Not surprisingly, the early episodes of CBB focused on Omarosa’s “tell-all” insider accounts of the Trump White House following her resignation on December 17, 2017. In turn, TV outlets from Entertainment Tonight to TMZ Live to CNN to and Fox News relentlessly covered the Omarosa controversy, the most “noteworthy” news being her late-night whispered conversation with Ross the Intern about the raging dysfunction in the Trump White House. She declared the chaos was only going to get worse and renounced all support for the Trump Administration.

Things come full circle: now that Trumpism has turned political and social reality into a grotesque televised “theater of real life,” Omarosa can abruptly shift roles. Once the dedicated loyalist who proclaimed “every critic, every detractor will have to bow down to President Trump,” Omarosa’s new role is America’s Prophet of Doom with firsthand knowledge of the impending disaster guaranteed by a Trump presidency. This places her squarely in the “limelight,” the national center of attention.

At one level, CBB can ostensibly join the parade of anti-Trump sentiment and anxieties that tend to dominate television (save Fox News, but that’s another matter). However, at another level, shows like CBS’s afternoon panel show The Talk have been utterly fixated on Omarosa. To be sure, one reason is the shameless cross-marketing: Julie Chen is the co-host/moderator of The Talk as well as the host of CBS’s Big Brother franchise.[2] Readily apparent is The Talk’s role in constructing a competing discourse around Trumpism; to that end, The Talk continually discredits Omarosa with ad hominem attacks on her character and credibility. Professional Trump sycophant Piers Morgan appeared on The Talk on February14, 2018, for example, to give his own tell-all about Omarosa’s patterns of deceit and manipulation when they competed head-to-head on Celebrity Apprentice.

The competing discourse around Trumpism offered by CBB and The Talk is not “dialectical” but overdetermined. For each contradiction of Trumpism revealed by Omarosa on CBB it becomes incumbent on The Talk to conceal the contradiction by branding Omarosa as a “bad actor.” The juggling act that CBS engages in—teaching America about the fear of a Trump presidency on CBB and dismissing it on The Talk—confirms Moonvees’ analysis in modified form: Trump still might be bad for America but he’s still damn good for CBS. As Guy Debord wrote in The Society of the Spectacle, “The spectacle is not a collection of images; rather, it is the social relationship between people that is mediated by images...For the spectacle, as the perfect image of the ruling economic order, ends are nothing and development is all—although the only thing into which the spectacle plans to develop is itself.”[3] 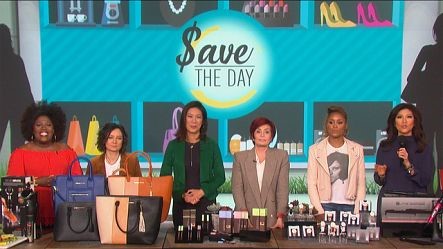 The Talk: Money Makes the World Go Around

Within spectacle society and “the representational hierarchy,” Donald Trump is on top. The celebrities that populate CBB and The Talk fall somewhere in the middle. Below them is The Talk’s studio audience, which serves as the audio guide for how viewers “should” respond as they applaud, boo, gasp, or sigh at each proclamation from the panel no matter how innocuous or incongruent. Everyone serves the same overriding purpose, which, as Vaneigem would say, involves “integrating people into the well-policed universe of things” within the society of the spectacle as “the perfect image of the ruling economic order” and a self-perpetuating system.

Or, as Les Moonvees put it, “The money is rolling in and this is fun”—cue the applause from The Talk studio audience.