There is a recent film about a young woman facing the end of high school and navigating the difficult ethical choices of adulthood. She is trapped in her small home with parents who are at once overbearing and troubled in their own marriage. She breaks her arm, betrays her parents, is faced with life-changing choices, and in the end, may just accomplish her goals if she can navigate the moral complexities of ambition. The young woman I am describing is Eliza (Maria-Victoria Dragus), the lead character in Christian Mingu’s Romanian film The Graduation (2016).

Lady Bird (2017), Gretchen Gerwig’s directorial debut, is not about a young woman making “difficult ethical choices.” Even though Sacramento, Lady Bird’s milieu, is no less morally fraught, Lady Bird is never challenged about her choices and their impact on those around her.

Both Lady Bird and Eliza contemplate a post-secondary leap from the geographical and economic periphery of their childhood homes to centers of culture and education. Lady Bird longs to escape the strip malls of Sacramento for New York. Eliza’s hopes to escape from Cluj, Romania to England, which is also her father’s dream for her. 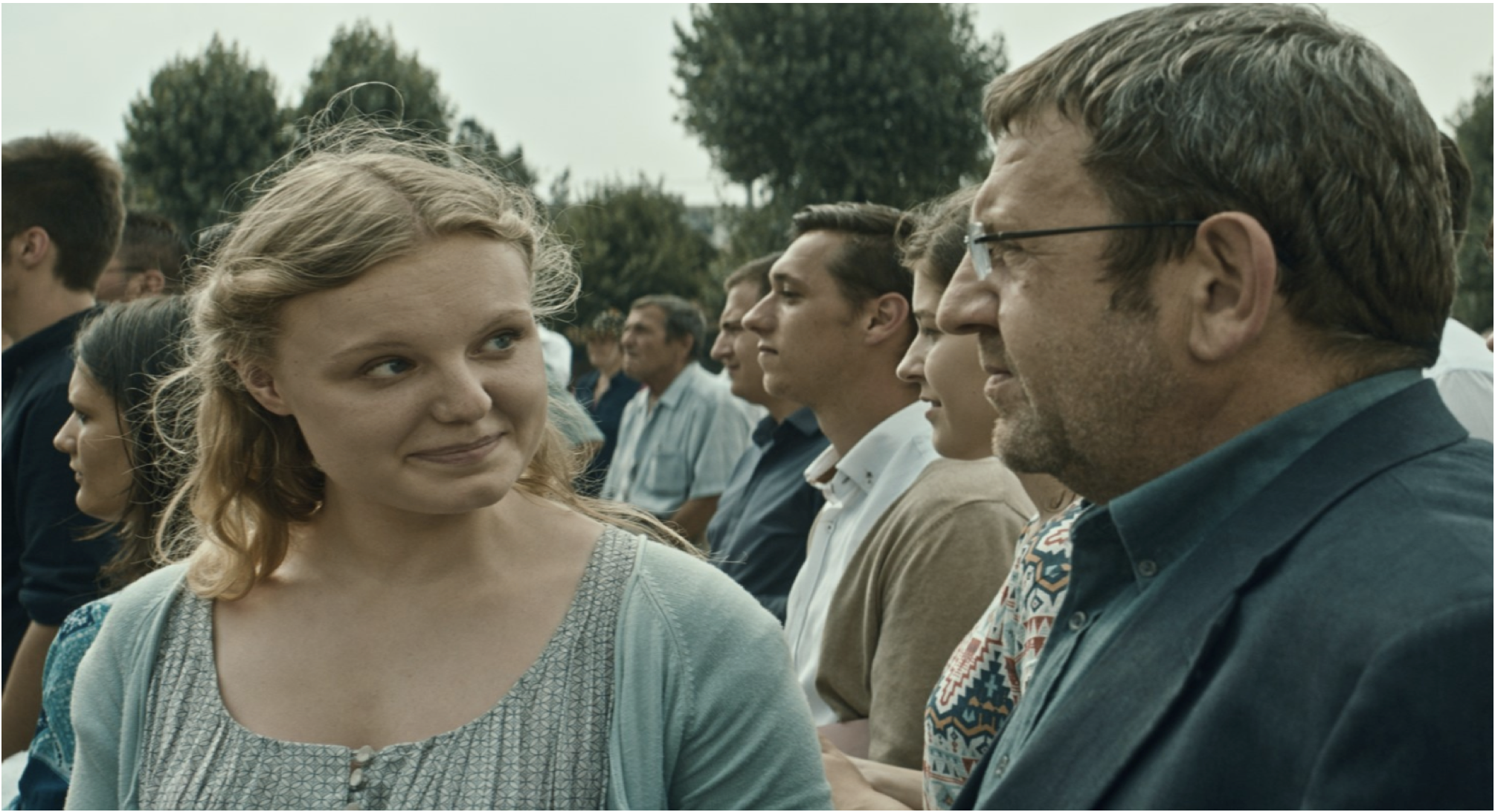 Figure 1.
Eliza (Maria-Victoria Dragus) finds herself facing difficult choices after her assault in The Graduation.

Eliza’s father, Romeo, aspires for her to live in a place with freedom and the rule of law. He wants her to be a part of a positive social experiment and has given up on Romania where the family is under daily assault by neo-fascists. But, a British education also means entry to an international class of professionals and managers. So, although neither of these films is explicit about it, what is at stake is an opportunity for class mobility. The Graduation treats this endeavor as a precious opportunity fraught with economic and bureaucratic peril. For Lady Bird, her quirky choices and pedestrian teenage resistances are aimed at convincing us that she deserves admittance to a New York university despite her tepid grades and an undisciplined approach to work and study. Lady Bird treats her move as the right of every artsy teenager faced with a small-minded family.

For his part, Romeo moved his family back to Romania in the 1990s to help build a better post-Communist society. We meet him seventeen years later. Demoralized by the intractability of corruption, his focus now is on getting Eliza to London. The family culture is one in which there is a deep belief that democracy and economic security are tenuous and hard-won. Romeo’s commitment to these ideals colors Eliza’s seriousness.

Crossing national and language barriers makes the economic distance from Sacramento to New York less treacherous than the journey from Cluj to London. Eliza has won a scholarship to a British college based on her excellent grades, achieved through enormous effort and sacrifice. She has to get a 9 out of 10 on her final exams. On the day before the first of her timed exams, Eliza is the victim of sexual assault resulting in a broken wrist. The next day, she underperforms due to the trauma. Now her scholarship is in jeopardy. After years as a pillar of honesty, Romeo decides to intervene and, through connections, arranges with an official at the education ministry for Eliza to mark her exam to ensure that she passes. But, it is ultimately due to Eliza’s hard-earned accomplishments that she succeeds. 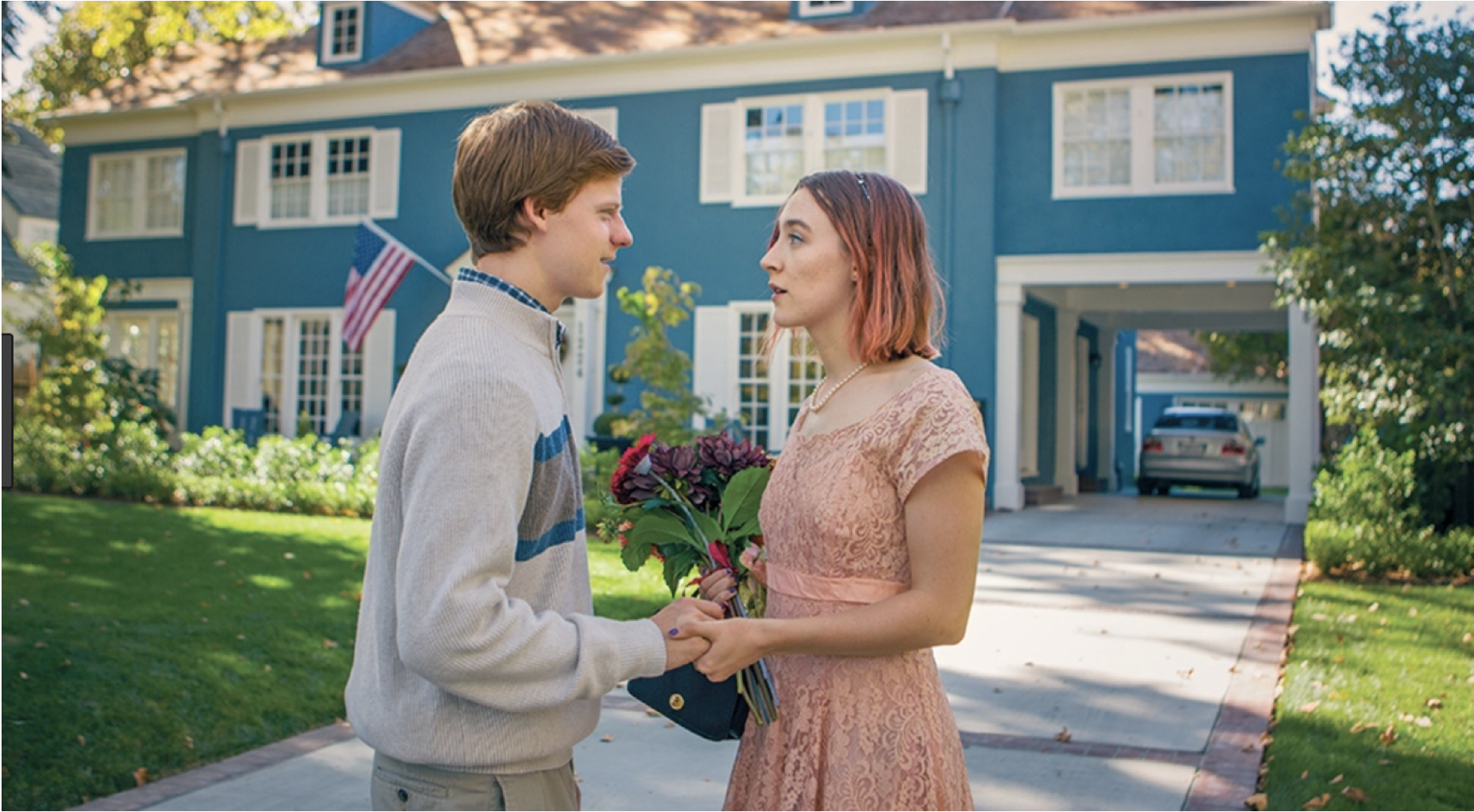 Figure 2.
Lady Bird (Saoirse Ronan) attempts to jump to the right side of the tracks.

Lady Bird also aligns with her father in a case of subterfuge. They conspire against her mother who rejects the move to New York. Her father secretly helps her apply to colleges, takes out a second mortgage on the house for tuition, and eventually overcomes the objections of his wife who is working double shifts to provide for the family. This deception is never problematized in Lady Bird. In Romania, Romeo’s scheme is uncovered by detectives and all are at risk of penalty.

I wish Gerwig would have explored the moral nature of her character’s choices, as this would have provided some depth to her film. There is a scene where Lady Bird watches U.S. bombs fall on Iraq on television; she has no empathetic reaction. She is neither moved by her father’s unemployment nor is she able to relate to her mother working double shifts to support the family. They live on the wrong side of the tracks which is a running joke in the film and her response, never problematized, is to leave behind her working-class friend in hopes of leaping into the rich kids’ circles.

This first attempt at class mobility goes poorly as she realizes that aspiring to be friends with the rich is not as fun as it at first seems. Lady Bird returns to her old friend who welcomes her back, but then Lady Bird abandons her for New York. Lady Bird imagines that its young protagonist, free of home, can finally find herself. It’s hard to imagine that Eliza would be similarly detached. She contemplates giving up everything she has worked for to stay with her working-class boyfriend in Cluj. When she discovers that her father is having an affair, she refuses to sleep at home. 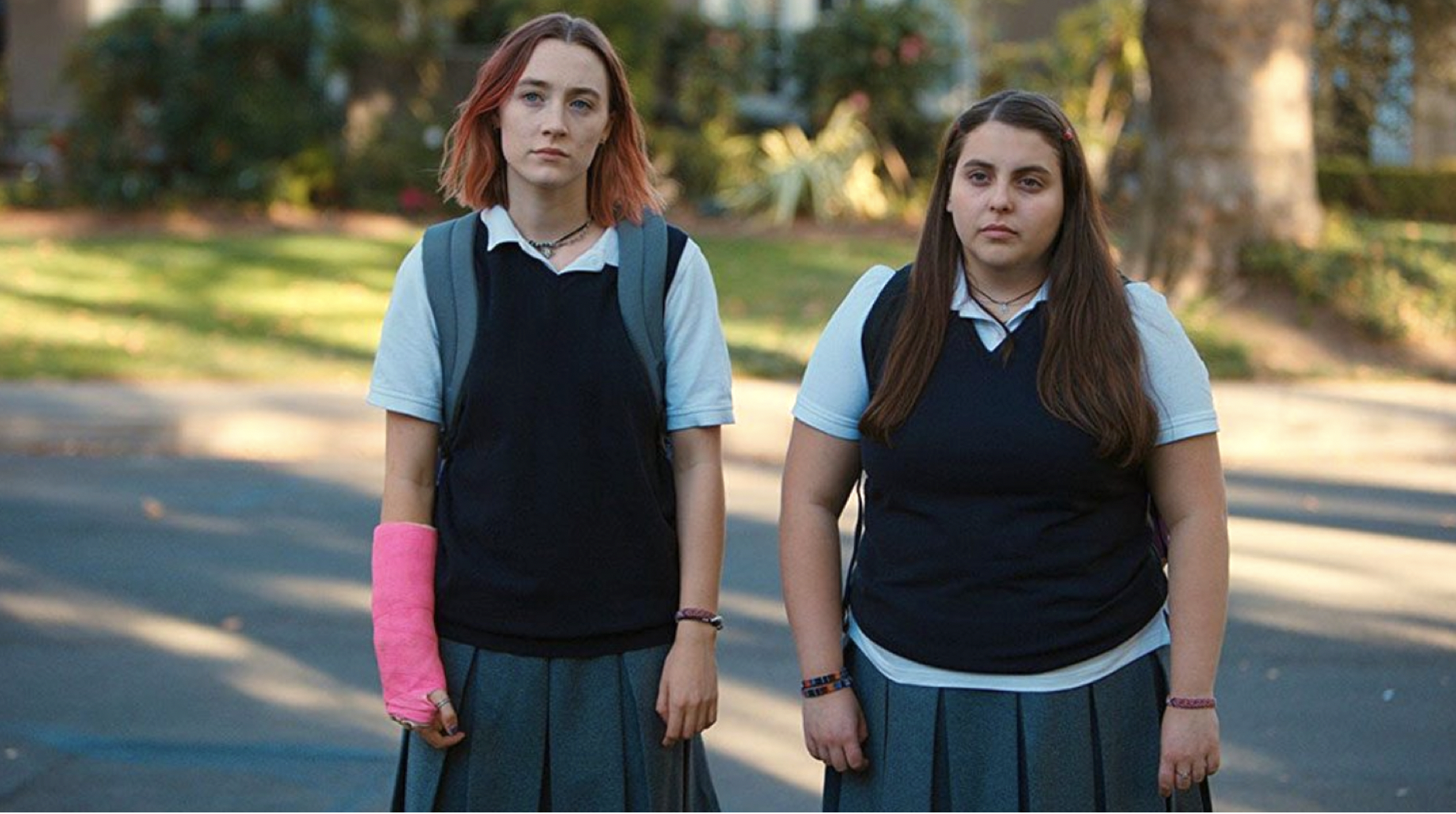 In The Graduation, the moral stakes are high. That’s because, for Mingu, who you become depends on how you live. Lady Bird is exceptionally well-executed, but the degree of difficulty is low. For Gerwig, who you become depends, in part, on where you live and who you know. Both Lady Bird and Romeo act under this assumption. But, only The Graduation treats it as the falsehood that it truly is.

Sam Smucker is a graduate student in Media Theory and Research in the College of Mass Communications at Southern Illinois University Carbondale. Previously, he was Director of Acquisitions for Home Entertainment for Strand Releasing.