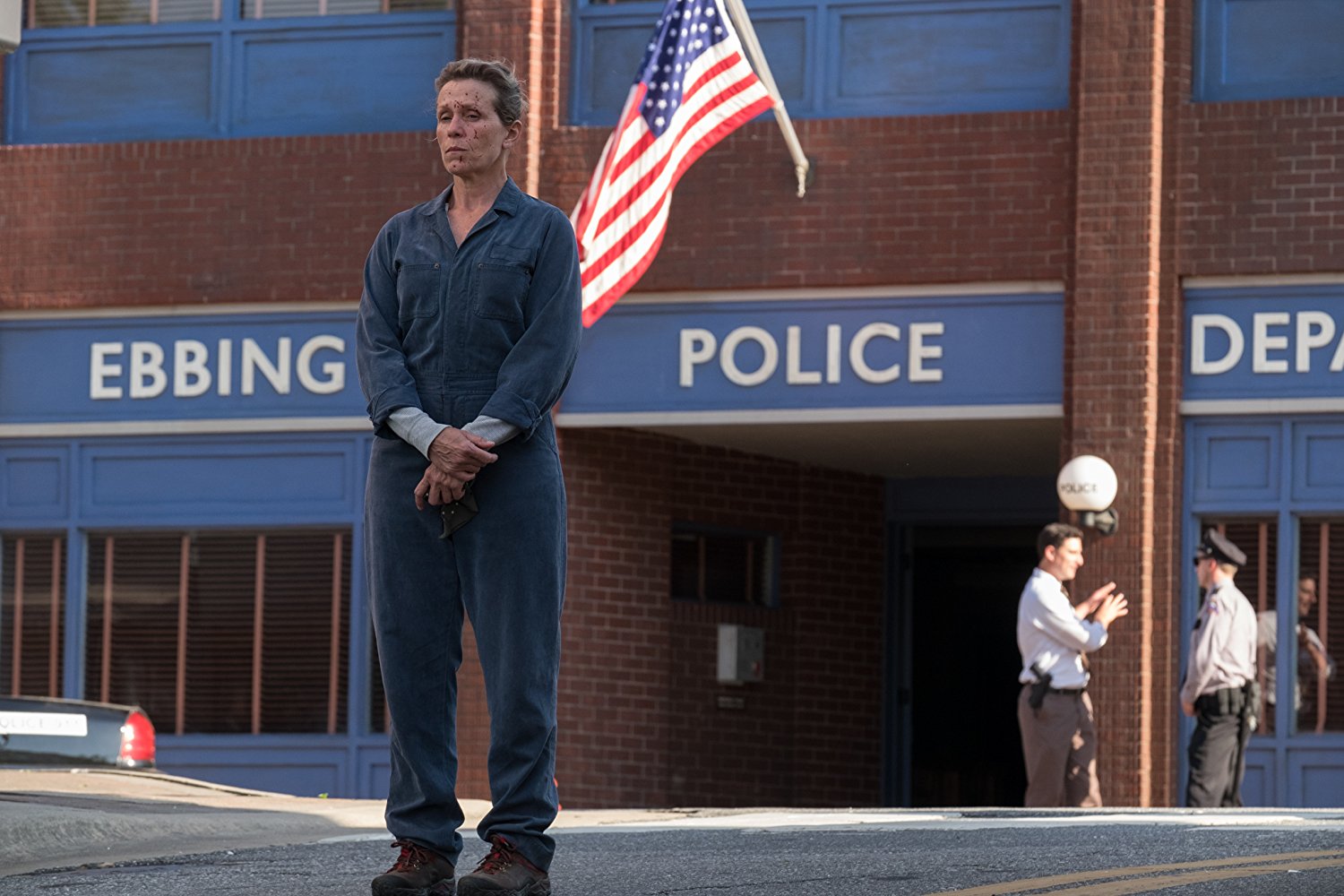 I first encountered Martin McDonagh’s work from just outside the blood “splash zone.”[1] In this 2002 production of The Lieutenant of Inishmore, audience members near the stage were given ponchos to avoid getting blood on their clothes, but the smell permeated the air while actors trudged through the fake blood that coated the floor. It was palpable, grotesque, and incredibly affecting. McDonagh has continued in that vein with his film work, including Seven Psychopaths and In Bruges, and now in Three Billboards Outside Ebbing, Missouri.

McDonagh shuns gratuitous violence, and his work is far from the standard fare of the good guys against the bad guys. As film and cultural scholar Susan Sontag has discussed in Regarding the Pain of Others, when we see violence we often don’t see its abhorrence but instead start taking sides. We justify force based on someone else’s opposing violence. Sontag states, “To those who are sure that right is on one side, oppression and injustice on the other, and that the fighting must go on, what matters is precisely who is killed and by whom.”[2]

McDonagh’s work reveals this tendency in us all and shows how this approach leads to an unending escalation of violence. He also presents an alternative view where we might instead seek to understand and support each other, a philosophy of care instead of pain. These common elements enhance his work because they indicate an underlying philosophical purpose. At the same time, Three Billboards could be stronger in how it deals with our current cultural moment in the U.S. His work indicates the extreme aggression toward those outside the dominant group, most pronouncedly African Americans. McDonagh highlights the problems of an authoritarian exaction of punishment in an ever more polarized society without fully characterizing those punished or coming to a resolution about the issue of racial violence.

Three Billboards follows Mildred Hayes (Frances McDormand) as she tries to get justice (and vengeance) for her daughter Angela’s (Kathryn Newton) rape and murder. Angela plays a stereotypical “woman in a refrigerator” role, meaning that she exists as a character who is brutalized to motivate the protagonist, but some of the gendered implications of this stereotype are diminished by having the protagonist be a woman and by not showing Angela’s death scene. With the absence of this particular visual representation, McDonagh demonstrates that he isn’t interested in voyeuristic titillation.

Mildred starts her quest for retaliation through purchasing space on the titular billboards to challenge local police chief Bill Willoughby (Woody Harrelson) to solve Angela’s case. As commonly happens in McDonagh’s narratives, things quickly get out of control as the embers of rage ignite into a blaze. This fiery world quickly destroys objects as well as bodies. A vial of blood escalates to the coughing of blood, to the bloodied and scarred bodies that litter this film. Instead of merely an eye for an eye, in McDonagh’s world, we see how violence becomes flesh for flesh and blood for blood.

Not all presentations of blood, though, are only about violence; some begin to suggest how an ethic of care can correct ideas of vengeance. In a defining scene between Mildred and Chief Willoughby, we watch some subtle play with blood that leads to a realignment of power. The Chief inappropriately uses his position to threaten Mildred in order to convince her to take down the billboards, leaning over her to assert his dominance through size and official authority. When suddenly blood splatter appears on Mildred’s face from off screen, we realize that the Chief has coughed. The power dynamics and anger of the moment shift to fear on Bill’s part as he realizes what this blood says about his deteriorating health—his vulnerability—while Mildred shifts to a position of caretaker, responding “I know, baby” to his plea that the blood was “an accident.” She immediately goes to get help. 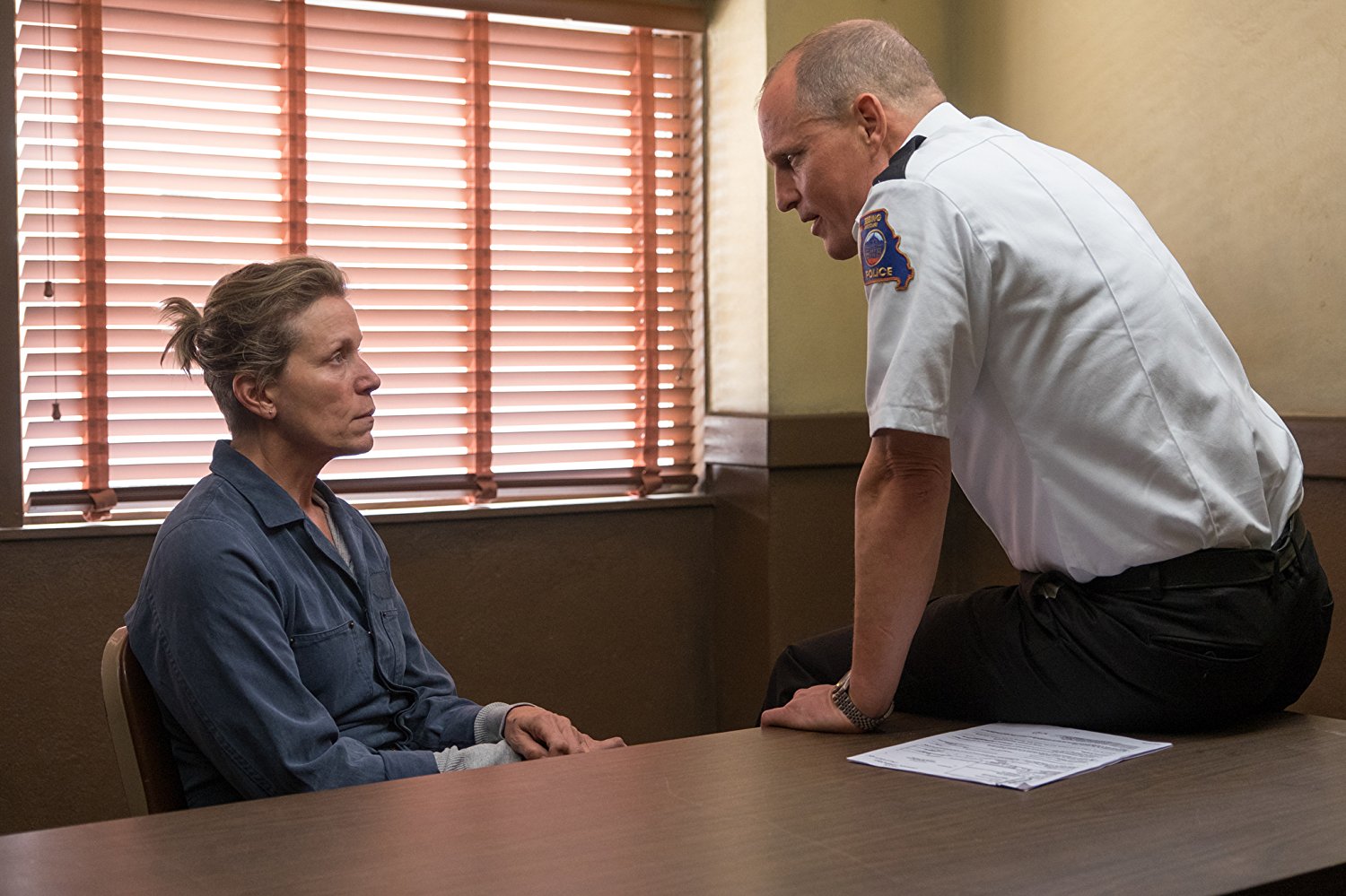 Figure 2: The power of authority shifts to caring between Mildred and Chief Willoughby (Woody Harrelson) in Three Billboards Outside Ebbing, Missouri.

This scene reminds us that blood is a person’s life source. When it is spilled it is a loss, but it also enables individuals to admit the care that they feel for each other; once blood is spilt, it isn’t just about who is winning. There is a cost but there is also a potential for change. This film shows how much we care for each other, from the simple offering of orange juice to perhaps even gaining closure with those who have hurt us the most. That potential is always within our grasp in McDonagh’s films.

As a pre-Ferguson transplant to Missouri, I would have liked to have seen more of the nuances of the state reflected in the film. Even so, I appreciate how the Missouri setting enables us to ask questions about police brutality and racial violence. Ferguson and the death of Michael Brown should continue to serve as lessons as we try to realign the way that governmental power works. This movie both is and isn’t about Missouri. After all, that state isn’t alone in having trouble with “persons of color torture.” This phrase is what Officer Jason Dixon (Sam Rockwell in an unforgettable performance) re-brands some of his activities as a police officer. He’s proud that he avoids the racial slur by using the term “persons of color” without understanding that the fact of the torture is the larger problem.

Unfortunately, the early attention to police brutality drops out of the conclusion, as do the non-white characters, when Three Billboards returns to the main concerns of the “fridged” girl. Once Dixon decides to try to solve her case, his racist behavior is no longer discussed, and he is granted a problematic redemption through physical suffering. As he and Mildred contemplate murder, though, we know that this is not the end. For true transformation to occur, they must not just accept care from others but also care for others themselves. We shouldn’t cause the pain of others, let alone disregard it, as happens when the directly stated race problems fall away without much resolution.

A film dealing with such subject matter should be more engaged with racial politics, but beyond this major shortcoming, McDonagh’s striking movie leaves you with the overwhelming feeling that we could better our systems of power, that there is a way other than antagonisms and oppositions. Three Billboards suggests that we might arrive at a place of care for each other, though it will require more than a trial by fire to get there.

Abigail G. H. Manzella is the author of Migrating Fictions: Gender, Race, and Citizenship in U.S. Internal Migrations. Currently a Visiting Scholar at Tufts University, she specializes in American literature and film especially as they relate to race and gender studies.