Bravo’s TV brand is constructed around neoliberal ideology that is unabashedly pro-capitalist and staunchly pro-LGBTQ rights. However, Bravo’s masculinist sexism and overall privileging of whiteness casts some doubt as to how far Bravo serves as a bastion of progressive identity politics. As a niche network, Bravo makes a concerted effort to construct an in-house stable of “Bravolebs” culled from its plethora of “reality shows” franchises such as The Real Housewives, Million Dollar Listing, and Top Chef. The talent one needs to become a Bravoleb is the ability to economically thrive within the professional class and project the necessary “Bravo TV Personality” as a kind of narcissistic bourgeois conceit. Such personalities exhibit the trifecta of self-aggrandizement, self-awareness, and self-pity. 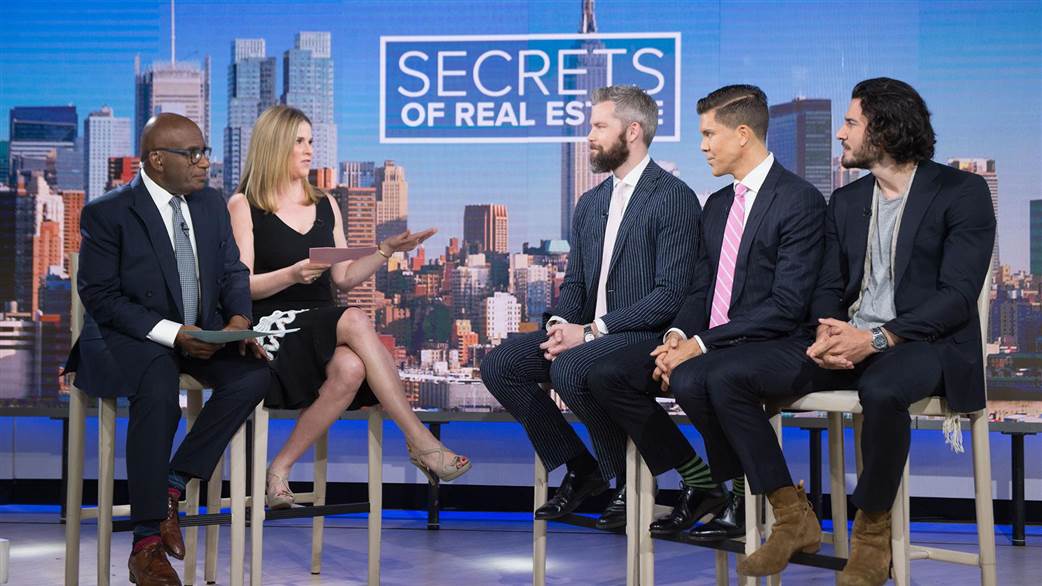 Currently, the reigning Bravoleb is Andy Cohen. As the former head of development at Bravo for over a decade until leaving that position in late 2013, Cohen was crucial in establishing the current Bravo TV “brand identity” of indistinguishable reality-show soap operas; he remains executive producer of the Real Housewives franchise and also referees the numerous “reunion” cast interviews for Bravo’s reality shows. Moreover, Cohen hosts the weeknight Bravo talk show, Watch What Happens Live (WWHL). 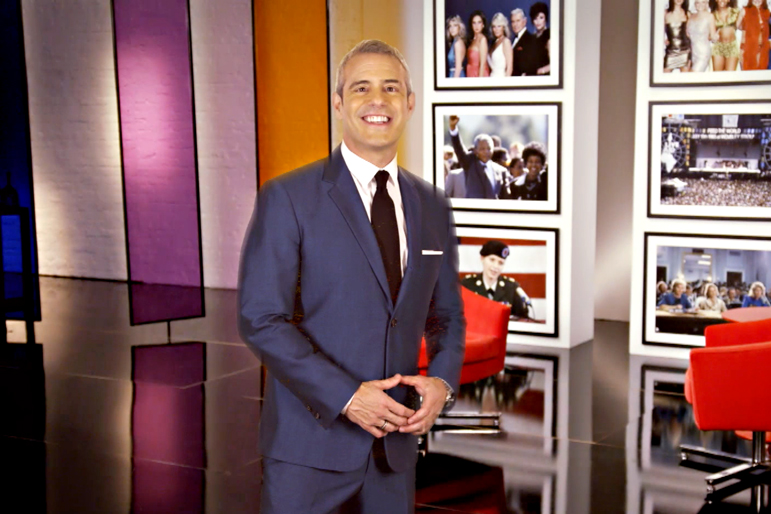 Fig. 2: On the Set of Andy Cohen’s Then and Now

Another Cohen project for Bravo is Andy Cohen’s Then and Now, a limited-run series in 2015 that was revived in 2017. Using a similar format to VH1’s I Love the... shows, instead of hipper-than-thou comedians bashing easy pop-culture targets, Then and Now is infused with celebrity punditry: the unintentional humor of which can be left open to debate. Cohen is the host and interviewer. Other Bravolebs vacuously muse on a given year or era. For added gravitas, millennial-friendly commentators range from CNN’s Anderson Cooper, NBC/MSNBC’s Willie Geist, and then-FOX commentator/now-The View panelist Meghan McCain.

Then and Now: 2008: The Year of Heroes and Villains cast its heroes as Barack Obama for breaking the color barrier as the first African-American president, and Britney Spears for her career comeback after a much-publicized series of professional and personal debacles in 2006-7. These are two culturally iconic American success stories. The villains were Sarah Palin (the embodiment of ill-informed conservatism), and “Octomom” Natalie Suleman, who had eight children at once as a result of in vitro fertilization. At the time, Suleman was receiving public assistance and widely vilified as America’s premier “welfare mother.” Not unrelated, in the discussion of the 2008 economic collapse, Real Housewives cast members complained about how the Great Recession put a dent in their personal finances, epitomized by Vicki Gunvalson on Real Housewives of Orange County bemoaning how one of the two houses she owned had plummeted from $1.8 million to $700,000, during a financial crisis in which many lower-middle class homeowners underwent foreclosure. Million Dollar Listing: Los Angeles star Josh Altman griped about going from a millionaire to “flat-broke” in a matter of months because of the money he lost on a $2.5 million property he’d recently purchased. Million Dollar Listing: New York City star Ryan Serhant groused about how the financial collapse stalled his early career and affected the entire upscale real estate business. On the bright side, Then and Now: 2008 noted the housing crash spurred a new market in rental properties, the economic advantages of subletting at inflated prices, and the creation of companies like on-line rental network, Airbnb. For added measure, Cohen related a story to Meghan McCain about entrepreneurs who made money manufacturing and marketing “Obama O’s” and “Cap’n McCain” cereal boxes, using the profits as start-up money to launch Airbnb. Meghan McCain hailed the move as an ingenious example of “American innovation.” The 2008 election became a means for intrepid businesspeople to launch a pop-culture trend, quickly capitalize on its popularity, and start a company to take advantage of the concurrent crisis racking America. As Then and Now: 2008 had it, the heroes of the Great Recession were those who prospered and thrived under economic duress. However, the villains were not Wall Street or related industries (banking, finance, mortgage, etc.) creating an economic bubble that could and eventually did burst. The “villains” were the personally irresponsible individual borrowers who took out loans en masse outside their means, bought houses they couldn’t afford, and then threatened to drag down the affluent into, so to speak, trickle-up bankruptcy. The follow-up episode to Then and Now: 2008 was Then and Now: Being Rich: The 1980s. This episode focused on celebrity mansions, spectacular weddings, plastic surgery costs, pre-nuptial agreements, and extravagant parties; it amounted to a cross between Lifestyles of the Rich and Famous and a Bravoleb infomercial. Being rich then (the 1980s) was personified by the bravado of Donald Trump and Hugh Hefner, the wealthy who unapologetically embraced their status through glitz and ostentatiousness as the role models for the Bravoleb. Being rich now (2017) is embodied by the “phoniness” of Mark Zuckerberg, Larry Page, and Sergey Brin: billionaires who dress like slackers and would rather go to Burning Man or Coachella than Mar-a-Lago or the Playboy mansion. In other words: if you got it, flaunt it, and don’t pretend otherwise. 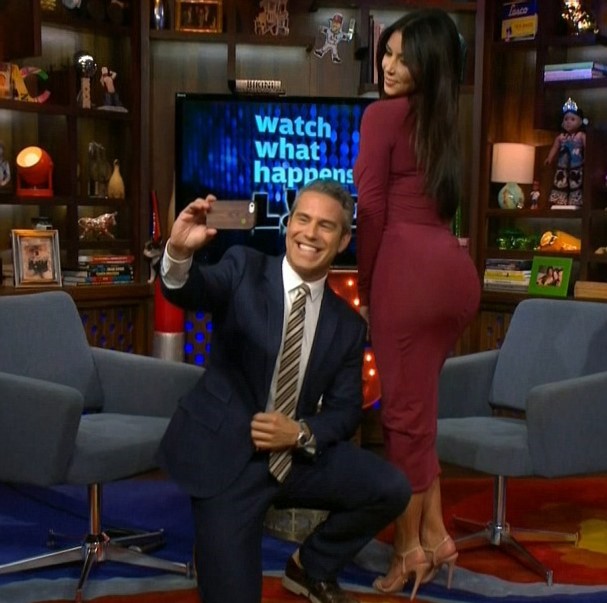 The “Other” of Bravo’s discourse is a life of real or imagined poverty within the network’s brand of ideology marketing. Bravo perpetuates a neoliberalism obsessed with celebrity status, economic privilege, entrepreneurial success, free enterprise, snarky machismo, thinly-veiled misogyny, upper-class lifestyle, and upward mobility. To this extent, Then and Now not only reflects but produces a “tone deafness” to class politics between “then” of the 1980s or 2008 and “now” of 2107. The Democratic Party became deeply divided over 1990s-style New Democrat neoliberalism represented by Hillary Clinton versus Bernie Sander’s “Old Democrat” progressive agenda of self-defined “democratic socialism” (i.e., New Deal labor-liberalism, Great Society welfare-state capitalism). In turn, the GOP was overtaken by the spectacle of right-wing political theater disseminated by NYC “blue-collar billionaire,” real-estate mogul, and reality show star Donald Trump against the starchy conservative “Washington elite” personified by Jeb Bush. Perhaps Andy Cohen – a vocal Democrat and ardent Hillary Clinton supporter – should not have been as surprised and slightly aghast as he appeared to be when informal texting polls done on Watch What Happens Live in July and August 2016 respectively favored the Donald over Hillary 65-35% and 62-38%. After the election, Cohen put his positive spin on the issue by suggesting

I was shocked... because I was bashing Trump on the show...Evidently that put Bravo way in front of the mainstream news media and cable news channels, who all declared Hillary Clinton as the likely winner... It looks like I have a lot of Trump voters who are fans of the show... We were right and everyone else was wrong. I was also kind of proud of my audience.[1]

Whether WWHL accurately reflected American political consciousness, the fact remains Bravo’s ostensible “liberal” brand identity has a decided appeal to Trump voters and an affinity for Trumpism. Cohen delights in insulting Trump by comparing him to someone who acts like a “Real Housewife” in interviews and tweets; at the same time, he can brag the Bravo WWHL audience called the 2016 election right and the mainstream news wrong. The contradiction is that out of Bravo’s official Bravolebs, Donald Trump has become their avatar.

Doyle Greene is an independent scholar who has written several articles and books on film, TV, and popular music with an emphasis on ideological critique of American popular culture. He also serves on the editorial board of Film Criticism.