The film begins with a routine broadcast of Money Monster, only to be interrupted by the intrusion of gunman-cum-terrorist Kyle Budwell (Jack O’Connell), who takes Gates and the whole show hostage. We find that Kyle has lost his life savings on a disastrously bad tip from Gates, and is now demanding vague restitution from both the TV star and the company in question, Ibis Capital. Several elements of the film evoke Sidney Lumet’s Dog Day Afternoon (1975) and Network (1976): mass media depicted as appallingly meretricious, a crime that turns into televised entertainment, and Kyle’s rage, the meltdown of a man who is not going to take this any more.

The limitations of mainstream film criticism are more manifest on some occasions than others. Critical reception of Money Monster has made for an especially egregious example of limitation, as several mainstream critics seemed unable to move much beyond unfavorably comparing the film to the aforementioned Lumet pictures, and Adam McKay’s The Big Short (2015). Kenneth Turan, for example, writes in The Los Angeles Times that Money Monster is weighed down by a “nominal thriller plot,” and “clichéd situations” – and, as such, “never achieves plausibility.”1 Wendy Ide of The Guardian laments that the film lacks “the authentic anger” of The Big Short and “the sniper-like accuracy” of Network.2 Salon’s Andrew O’Hehir calls Money Monster “a formulaic dud,” especially compared to “The Big Short, one of the bravest, angriest and funniest mainstream films of recent years.”3 This is all accurate enough, but it concentrates almost entirely on what Money Monster does badly on its surface while utterly failing to take into account what the film does extraordinarily well.

Intertextuality theory posits that every film – and television program, novel, painting, song, etc. – is part of a vast matrix of mass media artifacts. Film scholar Robert Stam describes an intertextual approach that goes “beyond the old philological conception of ‘influence.’”4 Moreover, this method obviates limiting our intertextual explorations to certain genres. Stam argues that the intertextual approach is “less interested in taxonomic essences and definitions than in the processual interanimation of texts.”5 With this in mind, I propose an intertextual grid for exploring Money Monster’s relationships with a different George Clooney film and with infotainment television. In the process, I will reveal the important rhetorical work that Money Monster carries out with regard to sex and gender.

Money Monster, which stars George Clooney as a man who reveals himself to be less competent than a woman he works with, echoes Alfonso Cuarón’s Gravity (2013). In the latter, Clooney’s cocky astronaut, Matt Kowalski, initially seems to be the hero of the story, as he guides his woman colleague, Ryan Stone (Sandra Bullock), through the aftermath of a catastrophic accident in orbit around the Earth. However, Matt ultimately finds himself set adrift in space, leaving Ryan to fend for herself – which she does, successfully. Intriguingly, Matt and Ryan can communicate solely through their spacesuit radios, just as Patty in Money Monster spends all of that film’s second act, and much of its third, gently but firmly guiding Gates through the ordeal via his earpiece.

Figure 2. Kowalski’s death leaves Ryan (Sandra Bullock) to save herself in Gravity.

Like Ryan in Gravity, Patty is the true hero of her movie; her efforts, far more than Gates’s, bring the crisis to resolution. Viewed from this perspective, Money Monster has much more to do with the necessity of women taking up more positions of real power in the world. It is no coincidence that Jodie Foster, herself a successful career woman, offered Money Monster to her country on the eve of its first presidential election involving a female candidate with a strong chance of winning.

Money Monster evokes not only other George Clooney films, but also entertainment-oriented television news. The immediate point of reference is, of course, Mad Money. But Gates’s methods also evoke those of former Daily Show host Jon Stewart and his protégés: articulate ranting, colorful and dynamic visual aids, costumes, humorous musical numbers, and allusions to popular culture. Lee Gates has as much in common with Jon Stewart as he does with Jim Cramer.

Further, most of Jon Stewart’s votaries are men. Trevor Noah succeeded Stewart on The Daily Show itself, and John Oliver and Stephen Colbert are Daily Show alumni. Samantha Bee is the only woman in the group. In these terms, Money Monster’s Lee Gates embodies the danger of entertainment journalism in general, while the film that constructs him positions women in mass media production roles as a potential corrective. The movie therefore targets not only Matt Cramer and other overpaid mediocrities on vacuous cable “news” programs, but also relatively sophisticated and intelligent figures such as John Oliver and Stephen Colbert. 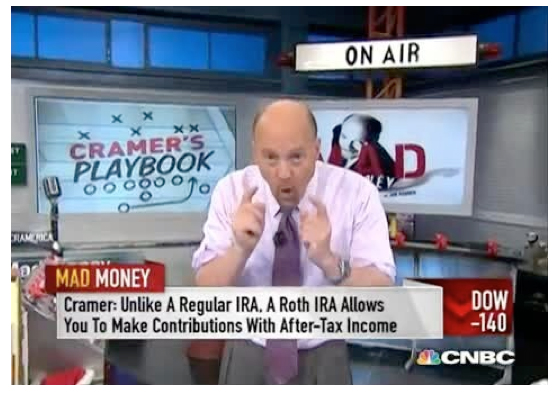 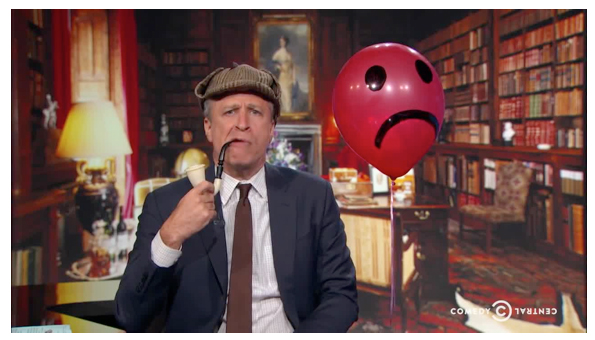 Figure 7. Jon Stewart, formerly the host of The Daily Show.

It is no wonder that mainstream critics found Money Monster lacking as a critique of neoliberalism, for that is not what the film does. Rather, as my intertextual analysis shows here, the film casts a wider and more intriguing net. It links pernicious sexism to the equally pernicious practices of entertainment journalism – and, in so doing, indicts media-driven politics generally. Early in the film, Patty tellingly remarks to another woman, “We don’t do ‘gotcha’ journalism here; hell, we don’t do journalism here.” In a sense, however, the film Money Monster does.

Mark McCleerey earned his doctoral degree at Southern Illinois University, and is currently working as an adjunct instructor at Indiana University-Purdue University Indianapolis while revising his dissertation for publication.