Ramsey Orta’s cellphone video, documenting the July 17, 2014, chokehold death of Staten Island resident Eric Garner at the hands of NYPD officer Daniel Pantaleo is part of an unprecedented flow of new DIY media, crafted on the cheap and traveling viral circuits at a dizzying, accelerated pace.[1] One among thousands of such amateur recordings, Orta’s video reveals new modes of cultural or media labor, sometimes compensated but often unremunerated, which enlist specifically raced, classed, and gendered media workers conscripted to scoping out and putting on display raw, “real,” and proximal encounters between muscular police violence as it targets the black body in the name of justice. Who are the videographers who record this footage? What is at stake in the media texts they produce? What are the conditions of their production, distribution, and consumption? How, we might ask, should the scholarly enterprise of media and film criticism parse the aesthetic, political, and material significance of these productions? 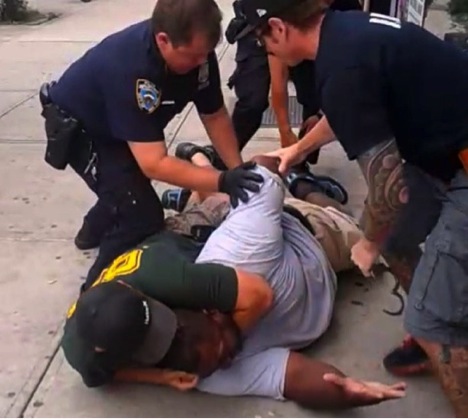 Viewed through the analytical lens of media or film genealogy, Orta’s video inhabits the racial gaze of the media apparatus, its relations of production turning on the “to-be-looked-at” black subject.[2] Ensconced within the mediascapes of what Stuart Hall has described as a “spectacle of otherness,”[3] Orta’s video links to scopophilic grammars that condense the history of the minstrel and that of the freak. Crisscrossed with anxiety and attraction, contempt and desire, abjection and curiosity,[4] it reaches back to lynching postcards, civil rights-era photographs that freeze-frame violent encounters with baton-wielding officers and snarling dogs, and racial representations circulating in “reality TV” programs that lionize white police against “dangerous” black criminals. Far from being neutral to the question of race, as Judith Butler clarifies, these visual grammars are themselves “a racial formation, an episteme, hegemonic and forceful” so that seeing is rarely an act of direct perception but rather “the racial production of the visible, the workings of racial constraints on what it means to ‘see.’”[5]

Equally, Orta’s video reproduces what Valerie Smith has historicized as the “documentary impulse,” long characteristic of black cinema.[6] It trades in modes of counter-surveillance, pioneered by media collectives like Witness, Cop Watch, and Brave New Films; guerilla videographers associated with community video projects like Doc Your Bloc and the Los Angeles Community Action Network; and filmmakers like Jacob Crawford (These Streets Are Watching, 2008) and Ryan Coogler (Fruitvale Station, 2013). Iconic in this mode, of course, is the 12-minute citizen-journalist video, shot by George Holliday from the balcony of his apartment, of the late-night beating in March 1991 of black construction worker Rodney King by LAPD officers, which would, a year later, confer its incendiary optic surplus to sparking massive street rebellions in Los Angeles after all four officers involved were acquitted by an all-white jury. Powerful in their capacities to enrage and inflame as well to shame, satirize, and make mischief, notably on online enclaves like Black Twitter, media productions like Orta’s rearticulate enduringly raced modes of bearing witness, of seeing and not forgetting, of looking back and otherwise. 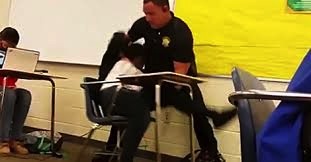 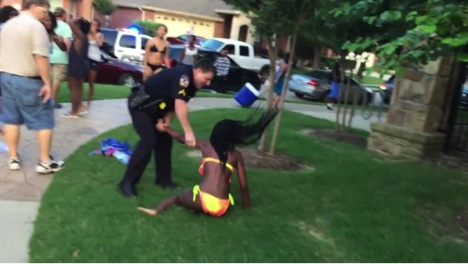 Media productions like Orta’s, moreover, enlist armies of cultural workers, rank-and-file cadres as well as creative auteurs, variously constrained by, but also capitalizing on, work that is attributable to—and signified by—specifically raced, gendered, and classed bodies, minds, and intellects. Viewed through the analytical lens of the political economy of today’s culture industries, Orta’s video keenly illuminates the exigencies of contemporary media labor that trades in “authenticity reserves,”[7] geared to delivering fresh and immediate experiences of the world within what Saidiya Hartman terms familiar circuits of “voyeurism and prurience.”[8] The market calculus of demand for Orta’s “shocking footage,” including, for example, its traffic on social media sites as well as its sale to the New York Daily News, reveals new fungible modes of cultural work devised precisely by members of entire populations left behind by the labor regimes of post-Fordism.[9] Embodying the “surplus of late capital and its shrinking labor needs,”[10] media-makers like Orta populate a massive cadre of utterly disposable workers left to fend for themselves within new divisions of labor under neoliberalism.

Cohering techniques “that one uses, even as one is used by” them, as Wendy Chun puts it,[11] Orta’s video plies circuits of self-expressive “free” flows of “play-labor” that bring leisure, pleasure, and creative expression under the purview of capitalist calculation.[12] This is work that holds the stunningly counterintuitive promise that it cannot easily be outsourced or transferred elsewhere while, at the same time, shaping Orta as an “entrepreneur of the self” (Dilts 2011),”[13] fully assimilated within the mercenary calculus of what Hazel Carby terms the “supermarket economy of difference.”[14] Positioning specifically raced, classed, and gendered workers at the frontlines of the industrial manufacture of “difference as commodity” and “the self as wage,”[15] Orta’s video etches the brutal calculus of new assembly lines of media labor that trade not only in familiar scopophilic spectacles of black trauma, suffering, and death but, equally, in fresh capitalizations of the “fateful difference of blackness”[16] as it adjudicates the biopolitics of who works and who does not, doing what kinds of labor, under what intensifications of degradation and exploitation, and with what promise of life and freedom.

If the foregoing brief should offer us insights into the role of film and media criticism today, it is to emphasize the continuing urgency of a rigorous historiography that tracks the material conditions of cultural production, distribution, and consumption as they stake out lived struggles over work and worklessness, security and vulnerability, indeed, life as well as death. Equally, my point is to underscore the epistemic logics of race as a critical methodology for film and media criticism, one that enables us to parse the value of difference and the currency of authenticity as well as their uses for domination and survival within the contemporary culture industries.

Roopali Mukherjee is associate professor of Media Studies at the City University of New York, Queens College. She is author of The Racial Order of Things: Cultural Imaginaries of the ‘Post-Soul’ Era (University of Minnesota Press 2006) and co-editor of Commodity Activism: Cultural Resistance in Neoliberal Times (NYU Press 2012). Her current works include the book, The Blacking Factory: Material Cultures & the Technologies of the Racial Self and the co-edited anthology, Race Post-Race: Culture, Critique & the Color Line.