Barry Salt has condemned academic film studies and its methods of criticism. He argues that “most of the ideas advanced [in film studies] have been suggested by people without any knowledge of how a film is actually put together, after seeing one or two projections of the films considered.”[1] Film studies has become too hermetic, cut off from practice. At the same time, practice tends to evade and disdain theory, which reduces filmmaking education to a sterile exercise in learning to use technical equipment. At its most extreme, practice without theory ends up fetishizing cinema technology and filmic technique. Rather than getting carried away with new digital technology, filmmakers, film studies students, and film critics can benefit from integrating theory and practice.

Vlada Petric attempted to develop an integrated approach in the 1970s. “The split,” he wrote, “between theory and practice in the study of cinema results in a ludicrous situation: students in cinema studies lack the practical experience without which they are unfit to fully comprehend the specificities of the medium, and students in film production are deprived of the theoretical/historical background which is crucial to their development.”[2] Yet, Petric’s reformulations of film studies pedagogy were rarely adopted. I have attempted to develop this approach via a study of Spielberg’s film directing.[3] This work integrates into auteur ‘theory’ knowledge from film directing manuals in order to create an expanded mode of auteur analysis – one that does depend on knowing how a film is actually put together (or, at least, how it is directed). But such work needs to be expanded.

To understand how a film is put together involves conceiving of filmmaking not just as a practice, but also as a practical way of thinking. This entails a broad meaning of ‘making’, one not limited to discussions of manual skill or mere technique—for skill and technique are manifestations of deep rational knowledge, or competence. The propositions that constitute the practical way of thinking consist, in part, of knowledge of how to solve filmmaking problems. Film critics can benefit from perceiving a finished film as the end result of a complex problem-solving activity, for this way of thinking accounts for how films are made and why they are made in a certain way.

The critic’s understanding of filmmaking problems can be aided by carefully selected documents external to the film, including filmmaking manuals, interviews, memoirs, etc. I have already pointed out that filmmaking manuals can help critics identify the recurrent problems filmmakers face. Well-written manuals (Katz’s Film Directing: Shot by Shot, Rabiger’s Directing: Film Techniques and Aesthetics, Reisz and Millar’s The Technique of Film Editing, amongst a few others) present know-how propositions that provide knowledge of many potential actions to perform in order to solve filmmaking problems, whereas badly-written manuals (of which there are many) offer superficial, single, clichéd, pre-determined solutions to filmmaking problems.

Interviews with practitioners can also aid critics in viewing films in terms of problem solving—especially when the practitioners themselves talk about filmmaking as a problem-solving activity. Cinematographer Bill Butler said in an interview: “the day-to-day business of making movies is a matter of problem-solving. You are constantly problem-solving from the time you arrive on the set until you quit shooting in the evening.”[4] In Jaws (1975), we can see Butler’s creative and innovative problem solving at work. Neither screenwriters Benchley-Gottlieb nor the storyboards drawn by Tom Wright considered filming characters in the sea at water level. This technique was conceived and made possible by Butler’s invention of the water box—basically a box with glass at the front, into which he lowered the camera when filming at sea. Butler did not develop the water box to get flashy camera angles just for the sake of it. Instead, he designed the water box to solve a particular problem in Jaws: to increase the audience’s psychological engagement with the film’s events and characters in the water, by placing the camera with them on the water’s surface. 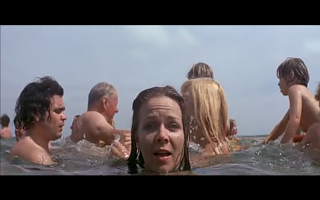 In the interview, Butler expressed his dislike for unmotivated photographic effects; he is renowned for his straightforward cinematography. The water box is an exemplary instance of effective problem solving, of thinking creatively to solve a practical problem (i.e., audience engagement with characters in the water) while making the result inventive. Such background observations are key to understanding the emotional resonance of a film such as Jaws.

From this problem-solving perspective, critics can define mediocre films as those made by novices who possess insufficient know-how to solve filmmaking problems and, significantly, do not even grasp what filmic problems need to be solved in making a film. Conversely, critics can identify accomplished films as successful solutions to filmmaking problems. For practitioners to make—and for critics to identify—an accomplished film requires detailed knowledge of film form, a comprehensive understanding of the history of cinema (viewed in terms of previous filmmakers successfully solving filmmaking problems), and knowledge of how specific filmic techniques (placing or moving the camera, framing a shot, lighting the set, editing a scene, designing the sound, etc.) can be purposively used to solve problems—of representation, of expression, of style. Solving filmmaking problems is not simply a technical skill but a rational, intellectual capacity supplemented with technical skill. Understanding filmmaking as a practical way of thinking avoids fetishizing film technique and technology, and supplements film studies and criticism with a deep knowledge of how films are put together and why they are made in a particular way.