The task of film criticism differs from that of film theory. Film theory asks questions about the nature of cinema as a whole, while film criticism seeks to understand the meaning of specific films. This distinction is admittedly broad and tends to ignore critical practice that combines theory and criticism, moving back and forth between the analysis of individual films and the insights which that analysis provides for our understanding of the cinema as a whole. Every film is surely an instance of the cinema, and the meaning of that particular film is bound up with the essential operations of cinema as a medium. One cannot talk about the mise-en-scene, editing, or sound of any one film without understanding how these practices function (and have functioned) in the cinema as a whole.

Within the field of film criticism, there exist a variety of practices, ranging from informal conversation among spectators about a film they have just seen to film reviews published in the mass media. Last but not least are the various academic discourses that take up one critical methodology or another in an effort to read a film. All of these practices hopefully speak to our experience of the film while at the same time substituting that experience for a meta-text that replaces the film. No matter what path the critic takes through the film, it seems to me—after over 45 years of attempting to write about the meaning of films in all of the venues cited above—one starting point for thinking about a film that has proven more productive than all others is close analysis.

To start with close analysis is to start with a description of the film as an object that is quasi-phenomenological. Admittedly, the operations of segmentation and the shot-by-shot analysis of individual scenes impose a certain rationality upon the phenomenological method, but close analysis nonetheless seeks to describe the film as a necessary first step in exploring its meaning. The short essay that follows is motivated by my indebtedness to the methods of close analysis, the genuine pleasures of teaching close analysis, and the revelations that close analysis has given me about a film I have long loved but, until recently, not taught before: John Ford’s How Green was My Valley (1941). The recent death of one of its stars, Maureen O’Hara, gives me yet another reason to write about the film.

Midway through the film, the narrator Huw’s sister, Angharad (O’Hara), marries the mine owner’s son, though she is hopelessly in love with Mr. Gruffydd (Walter Pidgeon), the preacher who marries them. This wedding is in stark contrast to her brother Ivor’s wedding seen near the end of the film’s opening act. The earlier ceremony is filled with music, with hymns sung by a choir in the church and with Welsh folk songs sung by the entire village as the happy couple exits the church. 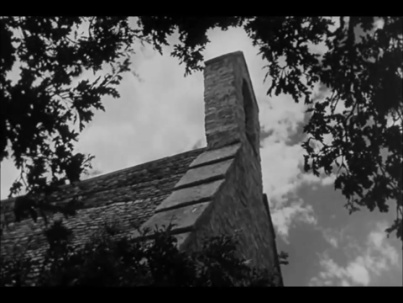 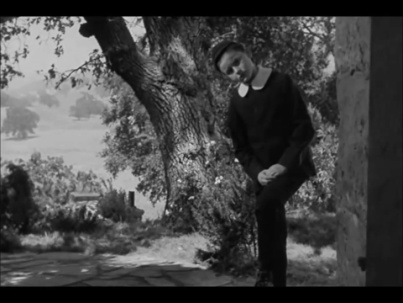 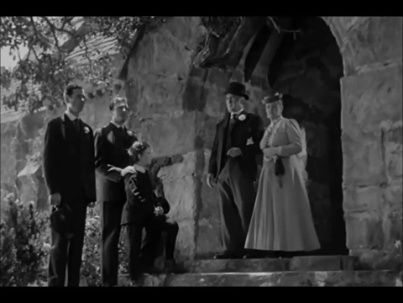 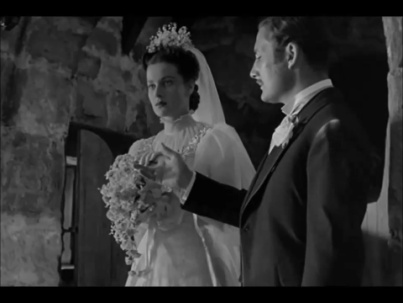 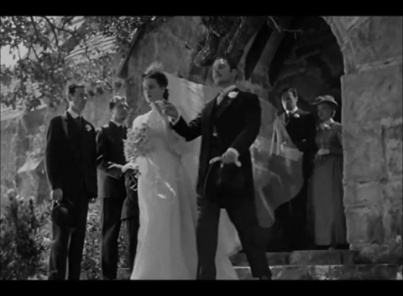 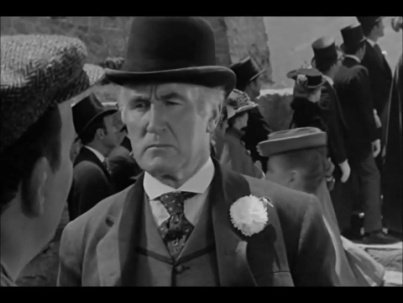 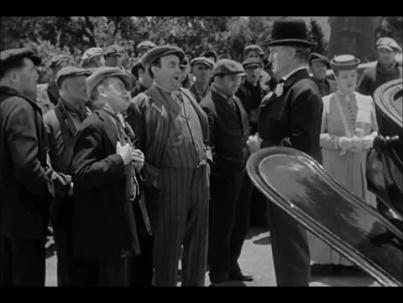 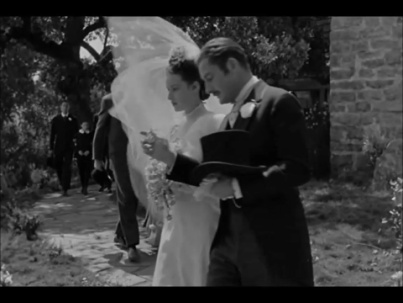 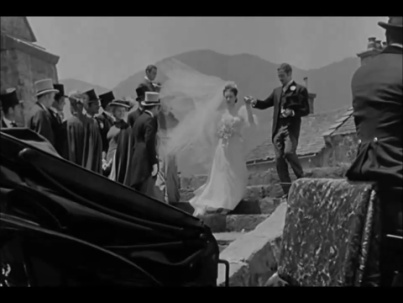 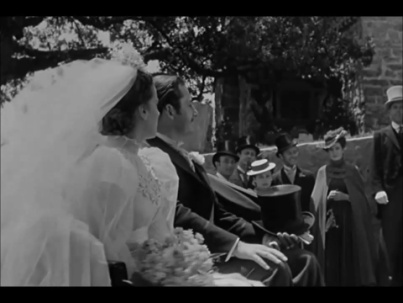 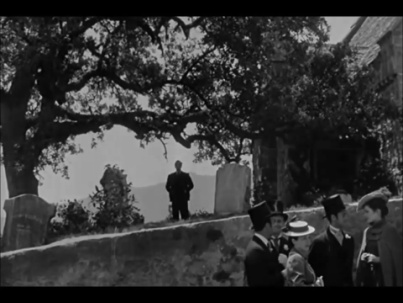 All of the shots feature the village chapel in the background, though the first and last shots frame the scene and answer one another. The first, low-angle shot of the church steeple introduces the scene with the ringing of a solitary bell. The same bell accompanied Ivor’s wedding, but, for that event, the bell pealed. Here the bell tolled, as if for a funeral. The last shot of the scene is the most complex, involving a variety of figural and camera movements. But this shot ends with the distant image of Mr. Gruffydd standing alone in the church’s graveyard. In other words, the first and last shots establish the wedding as a metaphorical funeral.

The bell tolls throughout the scene. But in shot six, Mr. Morgan (Donald Crisp) asks “Is there to be no singing at my daughter’s wedding?” This prompts Dai Bando (Rhys Williams) to begin singing the Welsh hymn “Arglwydd, Arwain Trwy'r Anialwch” (a.k.a “Bread of Heaven”). The lyrics speak of a pilgrim asking the Lord’s guidance through the wilderness, to the shores of the river Jordan, and imploring “Death of death, and hell's destruction, Land me safe on Canaan's side.” Not exactly a joyous wedding hymn; one understands the music in terms of the marriage/journey that Angharad has begun as she steps into the waiting carriage.

At the center of the scene (shots four and five), Angharad and her husband emerge from the chapel, first in medium close shot, then in medium shot. Angharad’s dead eyes are fixed in a trance-like stare directly in front of her—and remain so—until near the end of shot nine (9b) when she darts a panicked look back at the church in search of Mr. Gruffydd, who only appears after she and her husband have left the shot. During Ivor’s wedding, Angharad’s and Mr. Griffydd’s eyes meet twice in eye-line matches that create them as a couple. Here their eyes are not permitted to meet. Angharad’s stiff bodily movements in shots four and five and eight and nine present her as a figure of repression, forbidding herself to express any emotion except that of despair.

How Green was My Valley is a film about loss. It depicts the disappearance of an idyllic way of life in which the individual and the family are in harmony with the larger community, united in the performance of common rituals (work, return home, bathing, dinner, receipt of spending money, weddings) and in the singing of traditional folk songs as they return home from work. Economic change (a wage cut followed by a strike) destroys this world, visiting loss upon it. Huw’s brothers die or are forced to leave home to find work elsewhere. At the end, his father dies. The entire narration takes place under the shadow of Huw’s own departure from the only world he has ever known. Angharad’s wedding marks yet another instance of loss—one that exposes the mode of reverie that the narration has adopted to be a mask for the funereal mourning that is the true narrative mode of the film.

John Belton teaches film at Rutgers University and is the author of five books, including Widescreen Cinema, winner of the 1993 Kraszna Krausz prize for books on the moving image, and American Cinema/American Culture. He also edits a series of books on film and culture for Columbia University Press.