Despite efforts to recruit and retain women in science, technology, engineering, and mathematics (STEM) fields, women are still less likely than men to pursue and persist in STEM education and careers (Cheryan, Ziegler, Montoya, & Jiang, 2017; Lord, Layton, & Ohland, 2011). Addressing this issue is important to educators and policy makers striving to make STEM more inclusive in order to strengthen the U.S. STEM workforce. Researchers investigating this gender disparity have documented the role of societal gender stereotypes asserting that men are more suited for STEM than women. Recent social psychological research shows that nowadays these stereotypes and biases tend to be implicit, expressed subtly in the things that people say and do (Nosek, Banaji, & Greenwald, 2002). In my research, I focus on subtle expressions of gender stereotyping – also termed “microaggressions” – in academic STEM environments. In STEM settings in which these microaggressions persist, men may feel welcomed and valued, whereas women become at risk of leaving. This suggests the need to examine and raise awareness of microaggressions and their effects on everyone in STEM settings.

The term “microaggression” was introduced by Pierce (1970) and later expanded upon by Sue (2010), who defined microaggressions as “brief, everyday exchanges that send denigrating messages to certain individuals because of their group membership” (p.xvii). As an experimental social psychologist, I see microaggressions as behavioral manifestations of our implicitly held stereotypes. These implicit stereotypes can unintentionally “leak out” in our actions and words, often when we are attempting to say something positive. For example, the stereotype of the female secretary may be expressed when a woman on a STEM project team is consistently asked to be the notetaker “because your handwriting is so nice” (Meadows & Sekaquaptewa, 2013; see Table 1 for examples in the STEM context). Although seemingly minor slights, these instances of subtle bias can accumulate over time to have significant deleterious effects on their targets (Nadal & Haynes, 2012). 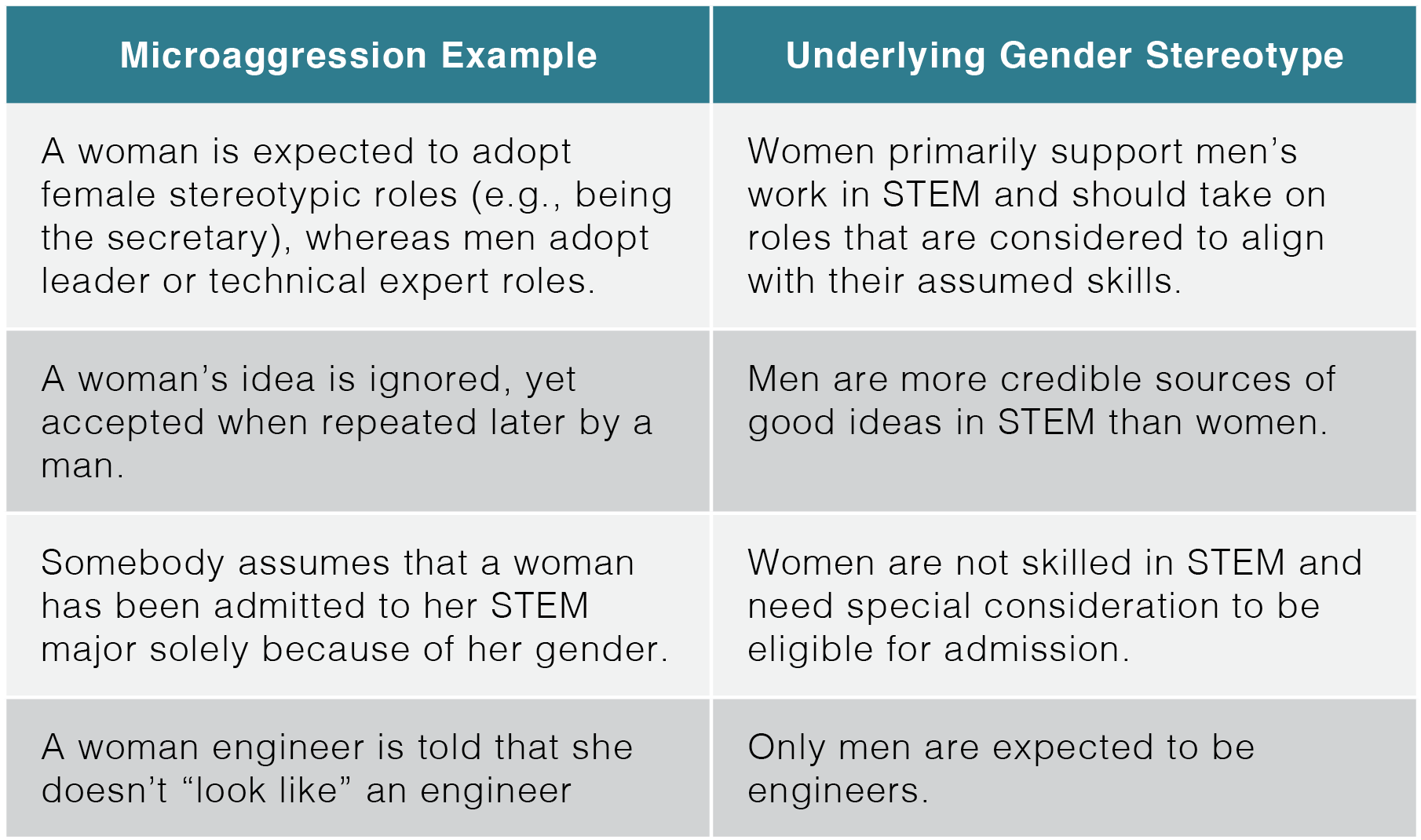 Table 1: Examples of gender-based microaggressions in a STEM context.

Targets of and Witnesses to Microaggressions

A first goal of my research is to test whether merely witnessing microaggressions can result in negative effects similar to when one is the direct target of microaggressions. When subtle gender stereotyping is common in an environment, people in that setting may be witnesses to stereotyping of others in addition to being targeted by stereotyping themselves. Because gender biases are prevalent in many STEM settings, it is likely that students in these fields both experience and witness gender-based microaggressions (Ong, Wright, Espinosa, & Orfield, 2011; Settles, Cortina, Malley, & Stewart, 2006; Williams, Phillips, & Hall, 2014). Research shows that in many STEM settings cues are present that can trigger stereotypes; such cues include a severe underrepresentation of women (Murphy, Steele, & Gross, 2007), the prevalence of masculine objects in the environment (Cheryan, Plaut, Davies, & Steele, 2009), and the occurrence of microaggressions. Once activated by such cues, these negative stereotypes may set in motion the processes that negatively affect women’s STEM outcomes, as evidenced in stereotype threat research (e.g., Spencer, Steele, & Quinn, 1999; Schmader, Johns, & Forbes, 2008).

In previous work, my colleagues and I (LaCosse, Sekaquaptewa, & Bennett, 2016) demonstrated that women who simply witnessed the negative treatment of other women in a STEM setting also experienced diminished STEM outcomes. In a laboratory experiment, women majoring in STEM fields were asked to complete a STEM task with “other students” (actually confederates). The procedure required each group member to read and summarize a passage of science information for the group in anticipation of using the information in an upcoming group task. The female participant went last, after seeing another woman in the group give her impromptu summary first. In one group, the reactions of the men were neutral to the other woman’s summary; in another, the men’s reactions were disapproving and unsupportive (but neutral to other men’s summaries). The female participant did not see others’ reactions when she gave her own summary. In this way we were able to randomly assign women to witness a microaggression: seeing another woman’s contributions devalued by others in a STEM context. The effects of this were striking, as women who were mere witnesses to microaggressions (compared to the neutral control group) reported lower intentions to pursue a career in STEM, suggesting that merely witnessing microaggressions may contribute to the leaky pipeline for women in STEM.

In addition, research shows that once activated, gender stereotypes can also promote behavior and outcomes among men that support the view of men as experts and leaders in STEM (Chen & Bargh, 1997; see also Word, Zanna, & Cooper, 1974). In this way, stereotypes activated by the occurrence of microaggressions in the STEM setting can lead to negative outcomes for women and positive outcomes for men. When an individual’s outcomes are altered by the subtle activation of gender stereotypes, this can serve to maintain and support a negative climate for women in STEM. Experiencing a negative climate in which microaggressions are prevalent, even as a mere witness, activates gender stereotypes, and the resulting stereotype-confirming behaviors can actually serve to perpetuate the negative climate.

To meet our two goals, our team has produced a series of videos depicting microaggressions commonly reported in undergraduate STEM fields. These videos will allow people to experience microaggressions as either a target or a witness and can be used in research as well as in microaggression awareness demonstrations. We created videos showing mixed-gender interactions between college student actors that either depict microaggressions (experimental) or do not (control). For example, one group interaction showed a woman’s idea being ignored until repeated by a man (microaggression version), and another showed a woman’s idea being appropriately acknowledged (control version). The scripts for these videos were developed using findings from our previous studies on gender stereotyping in STEM (e.g., Meadows & Sekaquaptewa, 2013) as well as from other research on microaggressions (e.g., Sue, 2010). 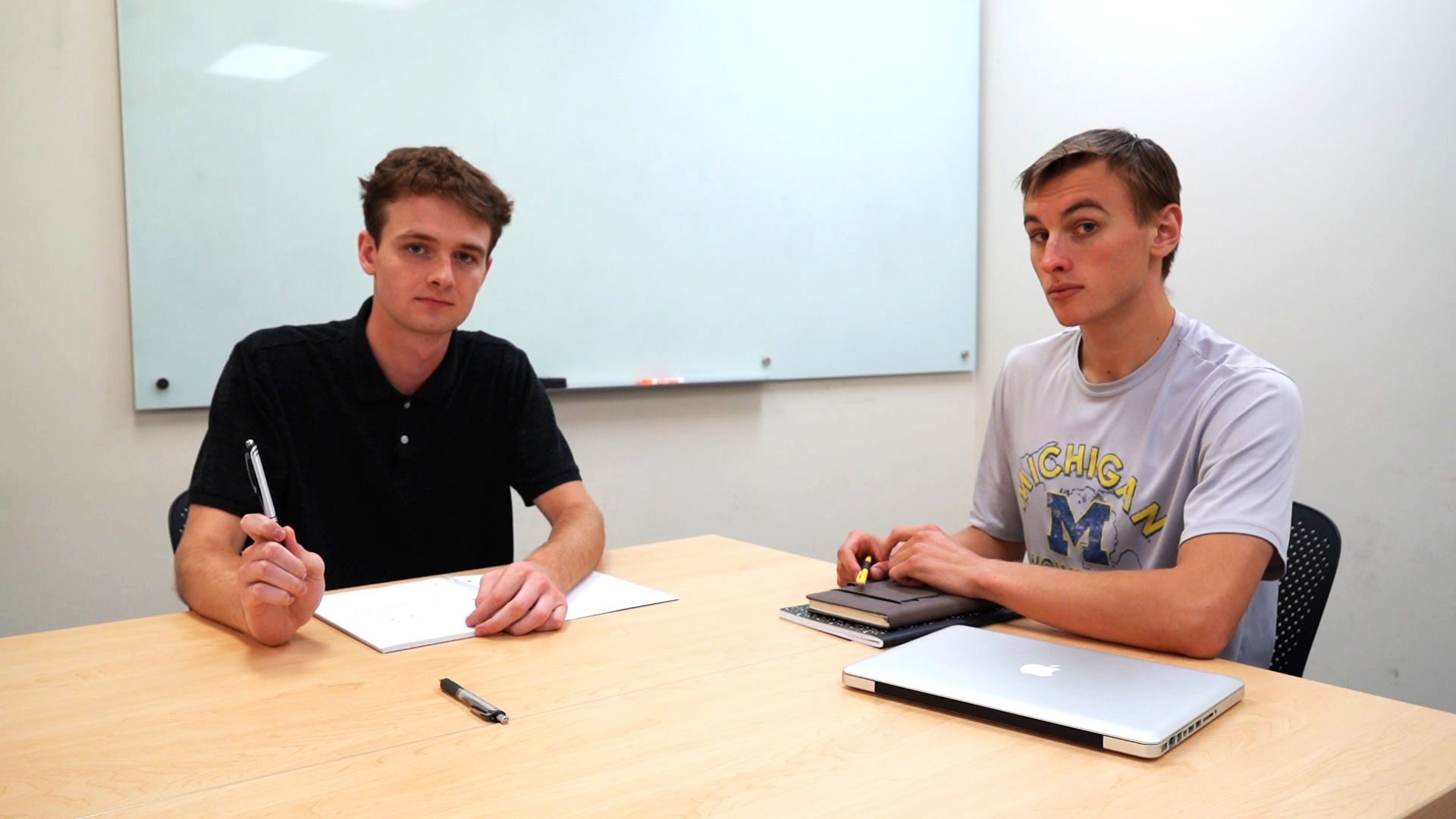 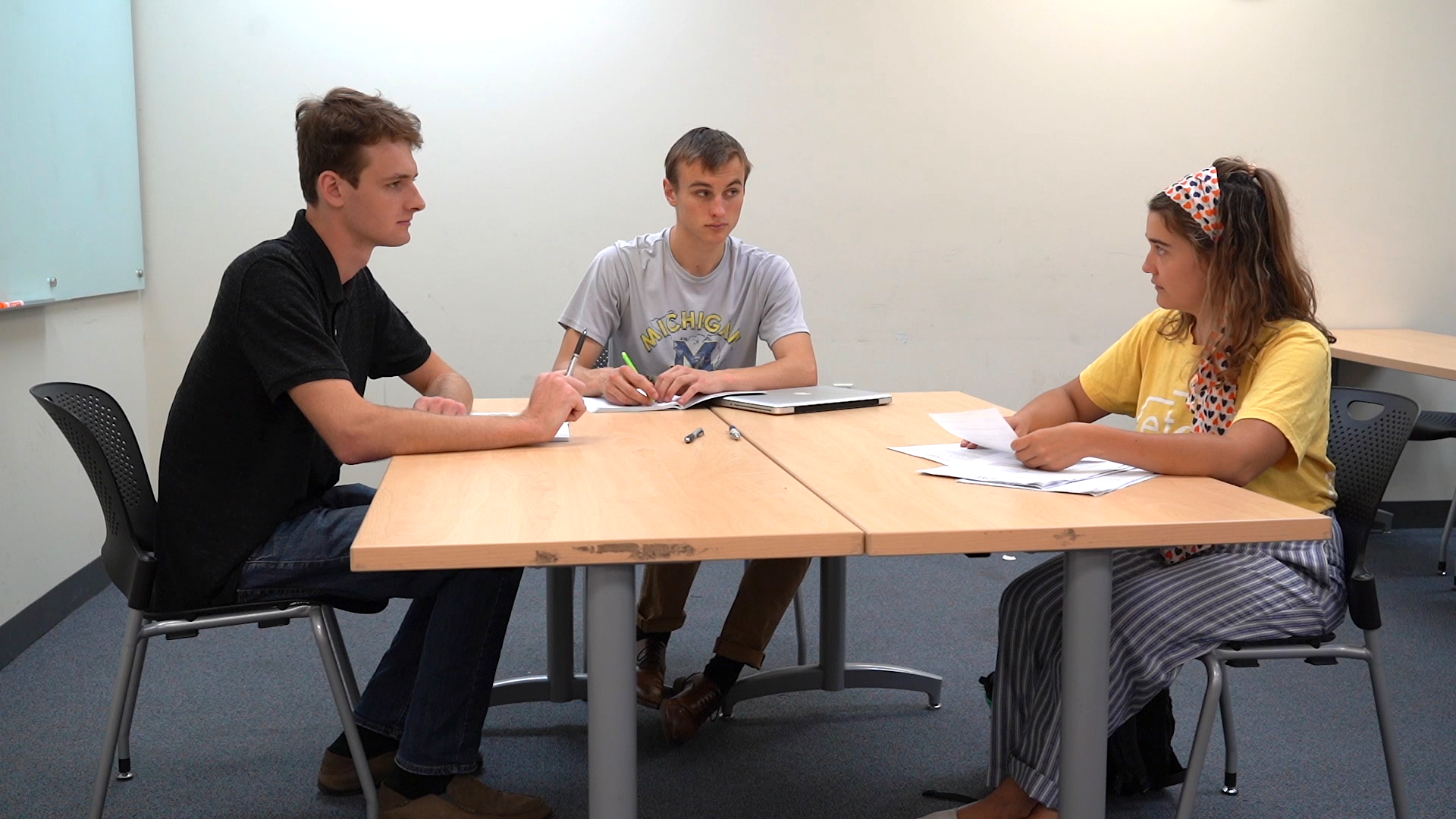 The interactions were filmed from a first-person perspective (“direct target”) and a third-person perspective (“witness”) (see Figure 1). Viewing video from a first-person perspective increases perception that one is the actor or that the events are happening to oneself (Yang, Huesmann, & Bushman, 2014). Therefore, we created direct target videos by shooting the video from the visual perspective of one female actor (the target of microaggressions), with other actors in the video speaking directly to the camera as though speaking to the female target. Witness video clips were filmed using traditional third-person camera angles in which all actors (including the female target of microaggressions) were visible on-screen. By creating microaggression and control versions, and first-person and third-person versions, these videos can be used in experiments to assess the effects of merely witnessing vs. being the direct target of microaggressions (compared to control) on important outcomes such as performance, persistence, and sense of belonging in STEM. In addition, the first-person microaggression videos can be used to raise awareness of the experience of being targeted by microaggressions, particularly when coupled with discussion and personal reflection on the experience (Devine et al., 2012). Using these video tools may help increase understanding that a negative climate in STEM can be detrimental to everyone in the setting, to the extent that witnessing and experiencing microaggressions promotes and supports stereotyping.